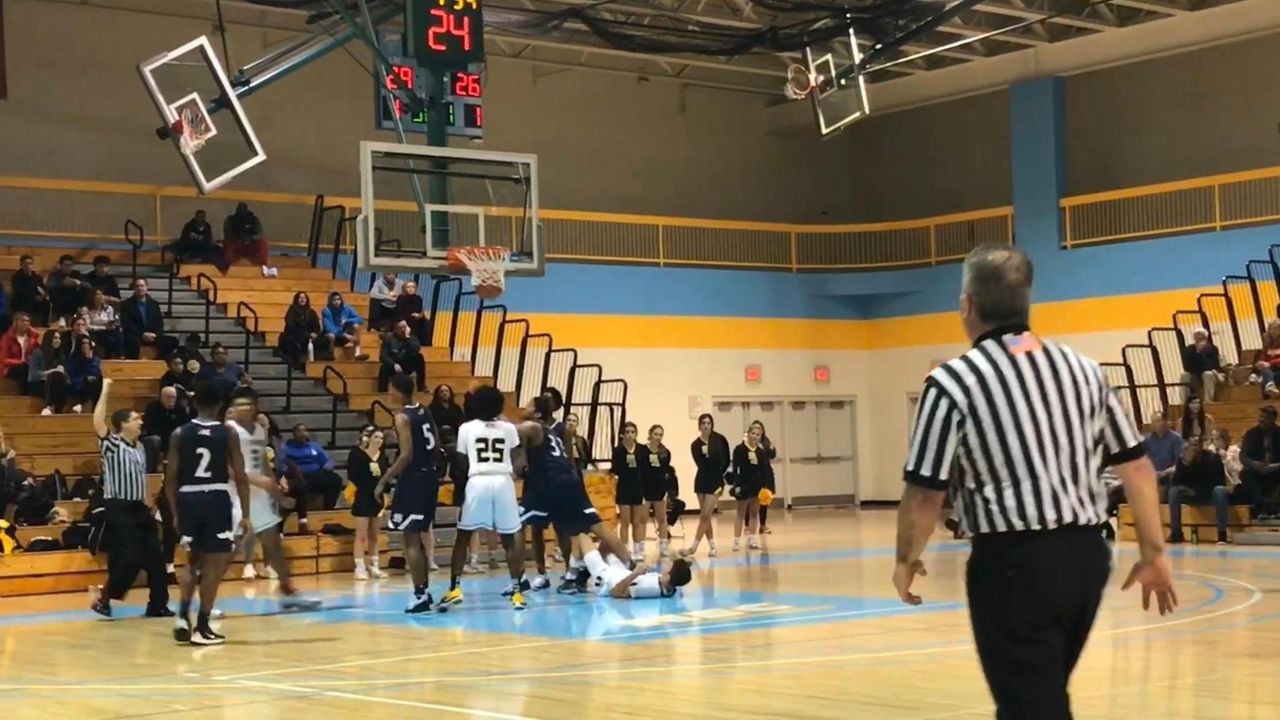 St. Anthony’s isn’t looking to run a team out of the gym. In this basketball era where many teams are pushing the ball up and down the floor from start to finish to generate as many possessions as possible, the Friars are more focused on limiting opposing team’s second chances.

And in the second half, that’s exactly what St. Anthony’s did. The Friars held St. Mary’s to 16 points over the final 16 minutes as No. 1 St. Anthony’s defeated No. 4 St. Mary’s, 60-37, in a CHSAA Class A boys basketball semifinal at LIU's Brookville campus Sunday night.

“The key was to really play defense and give them just one shot,” guard Andre Snoddy said. “If they got the offensive rebound, it would have made it tougher. They are tough -- just like us -- so we had to give them one shot and we did.”

Snoddy set the tone on both ends of the floor and led all scorers with 23 points.

“I think we came into this game prepared,” he said. “We knew how St. Mary’s plays. We played them twice already. The main thing was to bring energy tonight and I think we did that.”

“The best thing was the communication and the adjustments,” St. Anthony's coach Sal Lagano said. “We work a lot on defense and these guys have a good IQ for defense. We’re not the highest scoring team, but we did a good job tonight.”

“I think he’s the best defender on Long Island,” Stallone said. “He locks down anybody he guards and we let him do his thing. Our backup behind him helped and I think we just did a great job of rebounding.”

Now, the Friars are one win away from their second title in three years.

“I don’t know if a lot of people had us here at the beginning of the season and to win the regular-season title,” Lagano said. “But Holy Trinity has a lot of talent, and is a really, really good basketball team.

“This is March Madness, so we came here working,” Snoddy said. “We really knew we could make a deep run to the championship game and that’s what we did.”