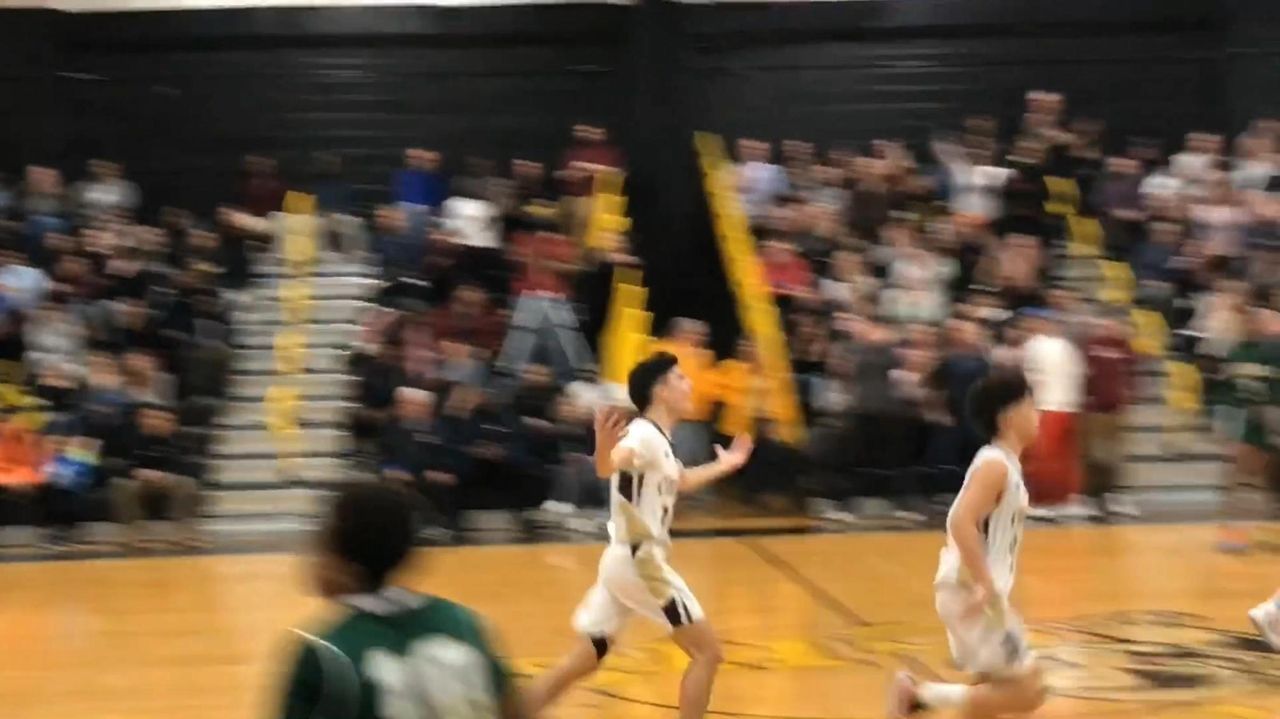 Commack was in a little bit of a lull.

The third-seeded Cougars struggled from the field Thursday in the first quarter of its boys basketball Suffolk Class AA opening-round game against No. 14 Longwood — with the only two field goals coming late in the period from Nick Greco off the bench.

But once the second quarter started, it was like a flick of a light switch. Starting and ending with Greco.

The senior guard scored 12 of his game-high 24 points in the second quarter in host Commack’s 48-42 victory. After trailing 10-4 after the opening quarter, the Cougars outscored Longwood, 18-4, in the second.

The Cougars (17-4) advance to play No. 6 North Babylon Thursday in the Suffolk Class AA quarterfinals.

“I knew that it was a little rough for all of my teammates, so I knew we needed someone to go in there and pick up the energy,” Greco said. “Pick up everyone and especially get the ball in the basket, so I came in there and I was in the zone all day. I was locked in and I executed.”

Spencer Malloy, who had six points and 19 rebounds, credited Greco with turning the game in the Cougars’ direction.

“When we came out here in the second quarter, he really gave us the spark that we needed,” coach Peter Smith said. “He really was the catalyst for us in the first half to really gain the lead and give us the momentum that we needed.”

Longwood (7-14) climbed back from trailing 22-14 at halftime to tie the score four times in the second half. The Lions only took the lead once over the final 16 minutes, and Commack took the lead for good after a three-pointer from Greco to give the Cougars a 36-33 advantage with 6:31 remaining in the fourth quarter.

“These guys are pretty resilient,” Smith said. “They don’t want to quit. They want to keep playing number one, but when adversity hits these guys, they seem to step up and overcome it and be able to execute during those times and come out on top, like tonight.”

This has been a special season for the Cougars. After making the playoffs as a No. 7 seed last year, Commack won the League II title en route to earning the third-seed this season.

“This is the first time we’ve had a team that is this competitive in a long time,” Malloy said. “Our team hasn’t been league champions in 24 years, we were able to do that this year. We haven’t been able to go that far in the playoffs in recent years and this is the first time we really have a shot, so this game is a great way to start the playoff run we are going to have.”