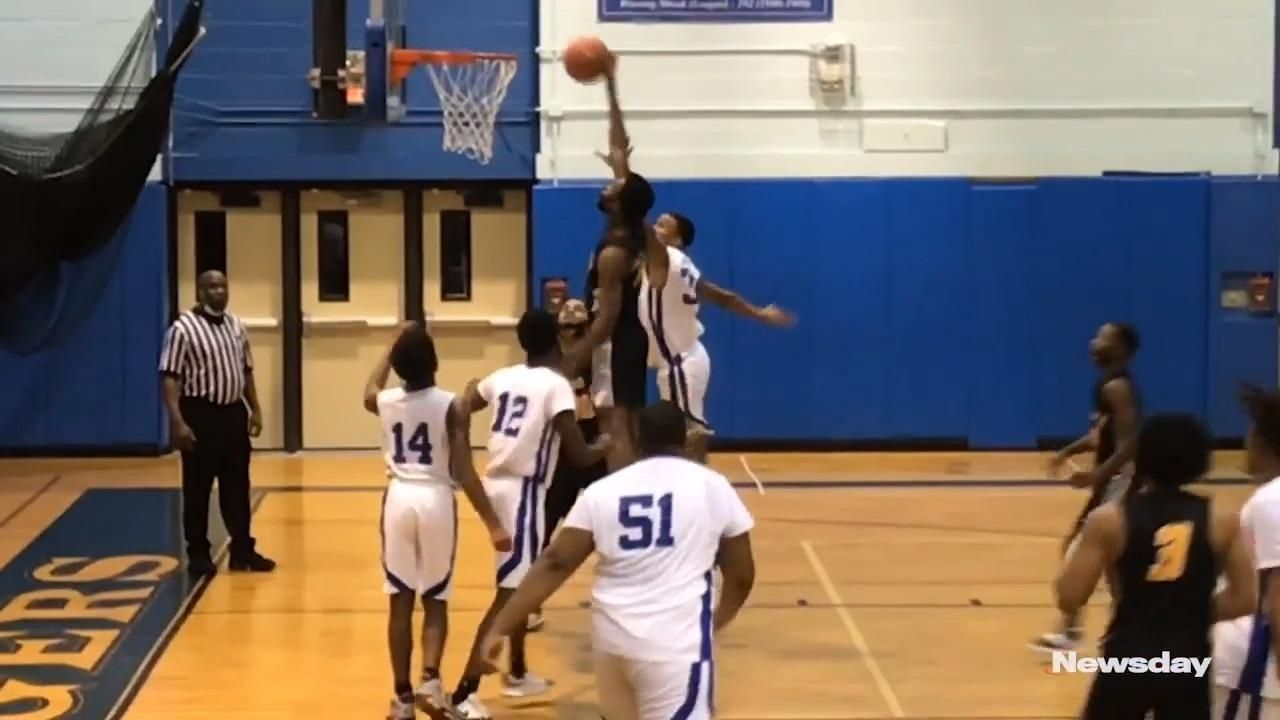 The Uniondale boys basketball team wasn’t playing for Jo-Jo Wright. They were playing with him.

The dynamic sophomore guard died in a car accident Jan. 27. On Thursday, in its first game of the season, Uniondale defeated host Hempstead, 78-36, in Nassau Conference AA-I play.

Wright’s presence was felt throughout the gymnasium. His No. 10 jersey was draped on a chair next to the Uniondale coaches. The team donned warm-up shirts with a picture of Wright with a ball in his hand and his name on their backs. There was a 10-second moment of silence, counted down by the shot clock, before tipoff.

Coach Tom Diana and the players knew it was going to be an emotional evening.

The Knights wanted to play with Wright’s energy and enthusiasm from the opening whistle, and Uniondale led 38-17 at halftime after outscoring Hempstead 23-7 in the second quarter.

Zarron Duncan had 24 points and Moses Styles, who also was in the accident and had a brief stint in the hospital, added 15.

Diana credited the way the Knights competed at practice and during the game and noted that they embraced every moment to be with one another.

"This is going to be a hard moment for them, and there’s going to be a bunch of them," he said before the game. "But I’m proud of their resiliency. They’ve been great with each other and they have been prior to this, so that doesn’t surprise me."

Wright, 15, was sitting in the back seat of an SUV when it collided with another SUV driven by an 87-year-old man, police said. The SUV Wright was riding in then hit a utility pole. Wright was pronounced dead at Nassau University Medical Center in East Meadow.

Wright was a Newsday All-Long Island selection as a freshman after averaging 19 points and nine assists and leading Uniondale to the Nassau Class AA final last year.

The Knights had been unsure if they’d have a season, but on Feb. 2, the Uniondale Board of Education gave approval to compete in boys and girls basketball and wrestling, reversing a decision made in December to cancel all winter sports programs because of the COVID-19 pandemic.

Now that the Knights are playing, they want to dedicate the season to Wright.

"We didn’t even think we’d get the opportunity to play at all," senior forward Tristan St. John said. "With everything that happened, we are just happy we are able to play at all because we know this is what Jo-Jo would have wanted."