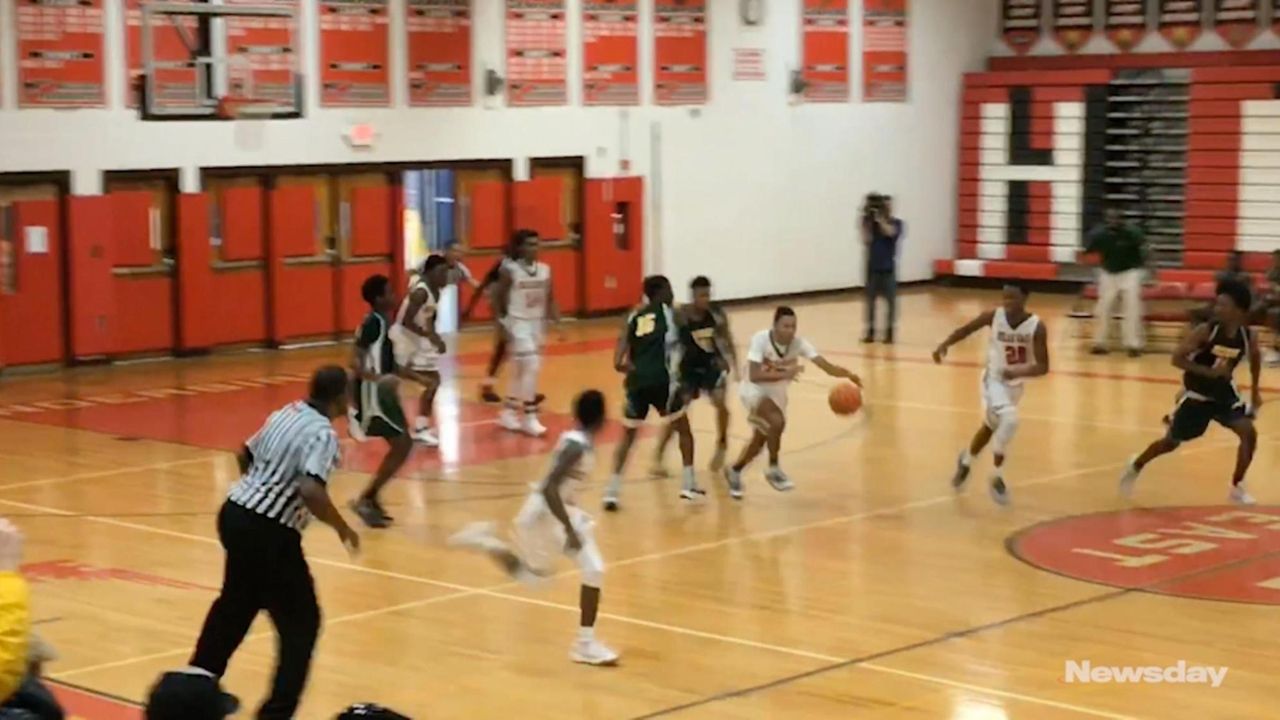 Anthony Todd and Omar Brisbane may only be sophomores playing their first few games on the Westbury boys basketball team, but it hasn’t taken long for them to prove they belong.

Todd, a 6-2 guard/forward combo, and Brisbane, a 6-foot forward, aren’t afraid to get physical underneath the basket. The two have experience sharing a court with each other, and that chemistry seems to grow every game.

“They were studs on [junior varsity]” coach Jason Bryant said. “I could have pulled them up last year, but it wasn’t their time. They still have a lot to develop, but they just have that will and they are my best finishers, so I put the ball in their hands as much as I possibly can.”

The answer is clear, their time is now. Todd had 17 points and Brisbane added 16 points as Westbury defeated host Half Hollow Hills East, 63-61, in non-league boys basketball Saturday afternoon.

“That’s my basketball brother,” Brisbane said. “I do everything with him. We go to the gym every day, practice, we work hard and we do this together. We don’t do that on our own.”

Westbury (3-2) opened a 31-23 lead at halftime after ending the period on a 9-0 run. The Green Dragons opened a lead as large as 13 points early in the third quarter, before Hills East made the score 51-48 at the end of the period.

The Thunderbirds (3-2) took a 58-57 lead with 3:34 left in the fourth quarter after Danny Walls finished a layup following a behind-the-back pass from Xavier Lewis. But Todd responded with consecutive baskets to put Westbury back ahead.

“It was a great game,” Todd said. “Half Hollow Hills East did their thing, but we came out stronger and we stuck together and we got the win.”

Although Bryant said the team still has things to work on, he was pleased with the players’ efforts.

“I’m glad their grit stayed,” Bryant said. “They fought every play and even though they made some mistakes, they didn’t get down on themselves and it showed throughout the game.”

After a 5-13 season last year, Westbury is hoping for a turnaround, led by their sophomores and a compliment of older, experienced players.

“They have those innate abilities that you don’t have to teach much,” Bryant said. “So it’s a blessing to have them and I have them for another three years, so we’ll see their progression and how good they can be.”