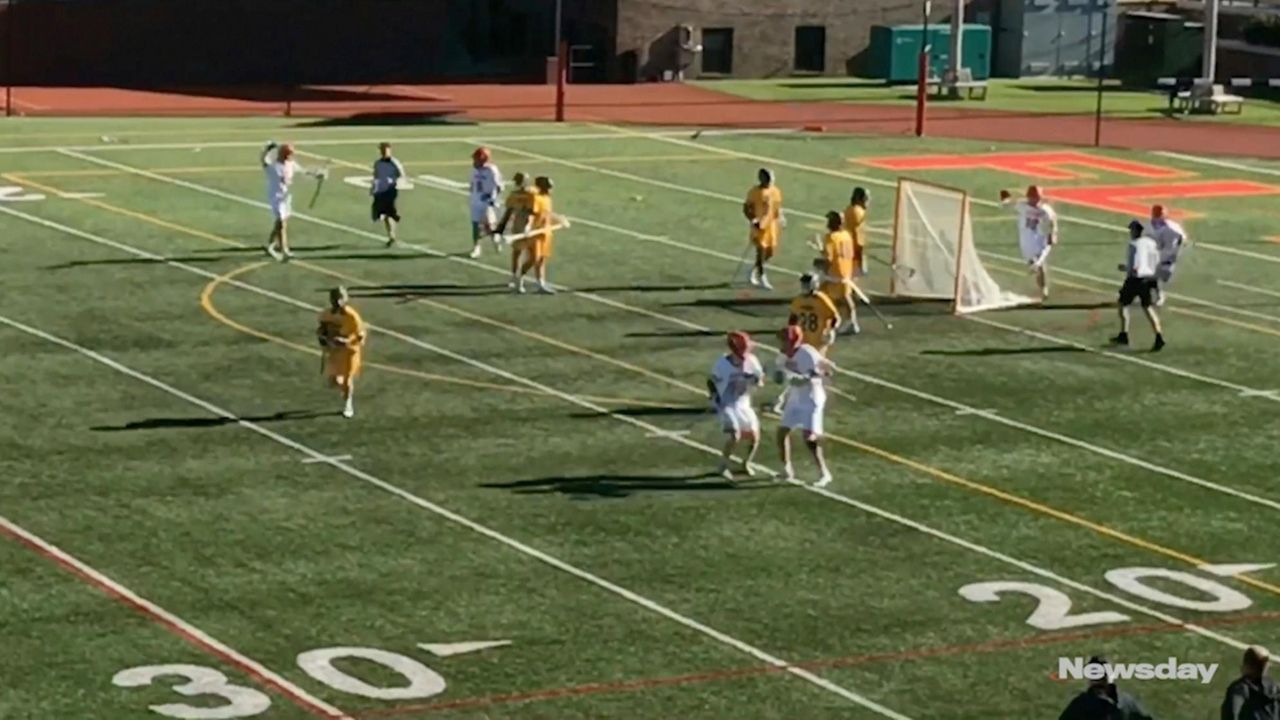 For those who see Liam Entenmann only on game day, the senior goalie's performance Wednesday seemed remarkable. For Chaminade midfielder Reilly Gray, it was just another day on the field.

“He played spectacular, but with Liam, you kind of get used to that,” Gray said. “It’s insane, but you see the stuff he does at practice, it’s really awesome. But not surprising at all.”

After St. Anthony's scored three of the game's first four goals, Entenmann was determined to prove why he’s considered not only one of the best lacrosse goalies on Long Island, but in the country. After a timeout he constantly frustrated the Friars, totaling 16 saves as host Chaminade defeated St. Anthony’s, 13-7, in a CHSAA matchup of nationally ranked teams.

“This is the type of game I live for as a Chaminade Flyer,” Entenmann said. “Just being able to make a big save or a big clear in a game like this really gets me amped up.”

But the goalie wasn’t ready to take the credit for himself.

“They have a ton of shooters, a lot of nationally known names, household names, and the defense did a great job,” said Entenmann, crediting the play of defenders such as Brendan McCabe, Philip Arnold, Robert Booth and Roy Meyer. “I can’t take all the credit, for sure. The defense did an excellent job locking guys down.”

Entenmann was at the forefront of nearly every key moment, leaving coach Jack Moran saying the goalie played “unconscious.” As a scorer, Gray knows how frustrating that can be.

“There’s nothing more deflating,” Gray said. “And Liam did a really good job of whenever they looked like they could get a potential run, he shut that down before they could get really hot and going.”

With Chaminade and St. Anthony’s already slated to play for a state championship May 15 as the only teams in the CHSAA ‘AAA’ classification, Wednesday’s game was an appetizer for what waits.

“Everyone knows about Chaminade vs. St. Anthony’s,” Entenmann said. “In my opinion, I think it’s the biggest rivalry in the country and definitely in this area. Everyone wakes up that day and says, ‘This is what we play for.’ ”