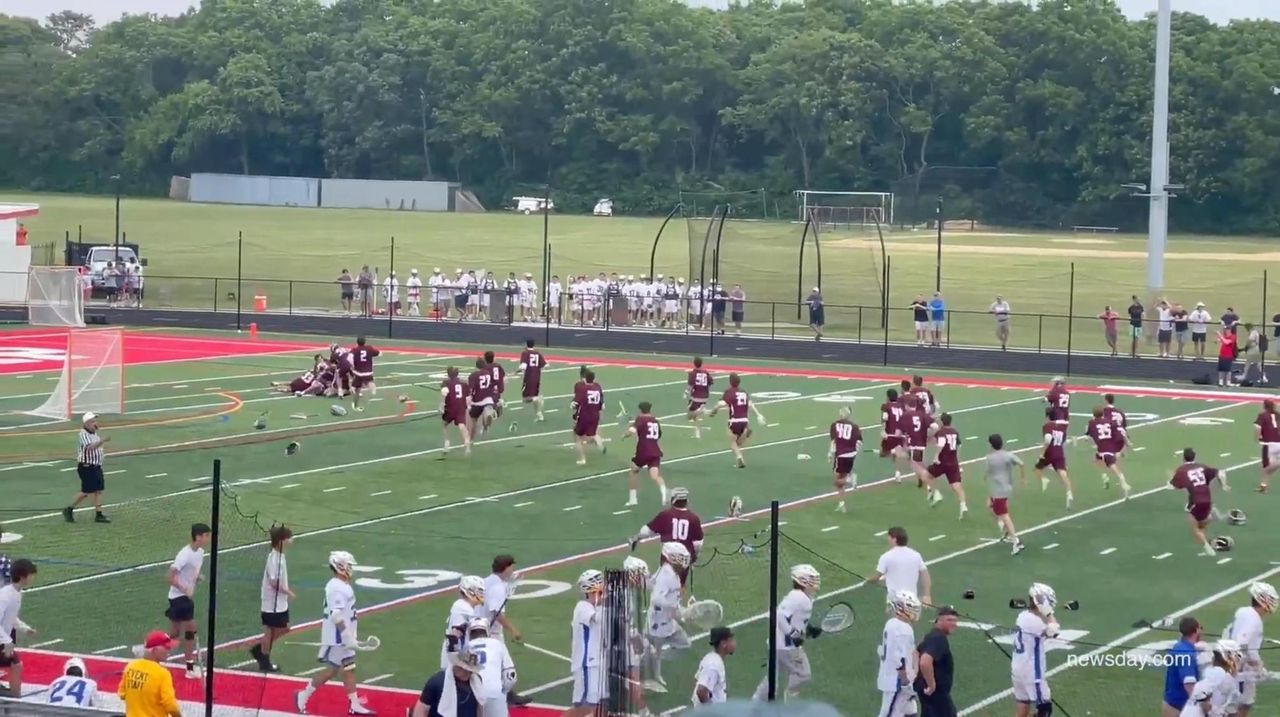 Facing an opponent that averaged 11 goals per game this season entering Saturday, it would’ve been reasonable to expect that Garden City would require a scoring barrage of its own to come out on top.

But instead, the Trojans put together a defensive performance that completely stifled Comsewogue from start to finish.

The win gave Garden City (13-3) its third Long Island title over the past four seasons.

"I’m just so glad that we were able to have this season," Connolly said. "And to be able to finish it out with a W, with a group that’s played together their whole lives, it’s a great feeling."

Comsewogue (15-2) came into the matchup with double-digit scoring totals in 10 games, and scored no fewer than six goals in a single contest all season. Understanding that, Garden City locked in defensively, beginning with a stout level of physicality that helped limit Comsewogue throughout the day.

"It was a great game plan by our coaches," Garden City coach Steve Finnell — also Stevie’s father — said. "And the kids executed to a tee. I thought that when they got good shots, Drew Quinn was there.

"He made a lot of great saves and our defensive midfielders, Pierce Archer and Mike DeLuca, do a great job. It’s an unheralded position and I don’t think people really understand how important those guys are."

Connolly kicked off the scoring for the Trojans with goals early in the first and second quarters to give Garden City a 2-0 advantage entering halftime.

Comsewogue eventually broke through with 9:29 remaining in the third when Vincent Herbstman found Jake Deacy following Finnell’s first goal, cutting the Garden City lead to 3-1. Finnell responded two minutes later, however, and was followed up by Cascadden in the final quarter with 2:53 to go.

"Our goalie had an absolutely great game leading the way," Connolly said. "Then all the defense giving him help and playing amazingly, picking up ground balls, it was a group effort."

Steve Finnell touched on the emotions of his son playing such a crucial role in a Long Island-championship clinching display.

"It hasn’t sunk in yet but I’m proud of him," Finnell said. "He didn’t get a chance to play last year with the season being taken away from all of us, but I’m really proud of how he was able to step up and get better and better throughout the year."