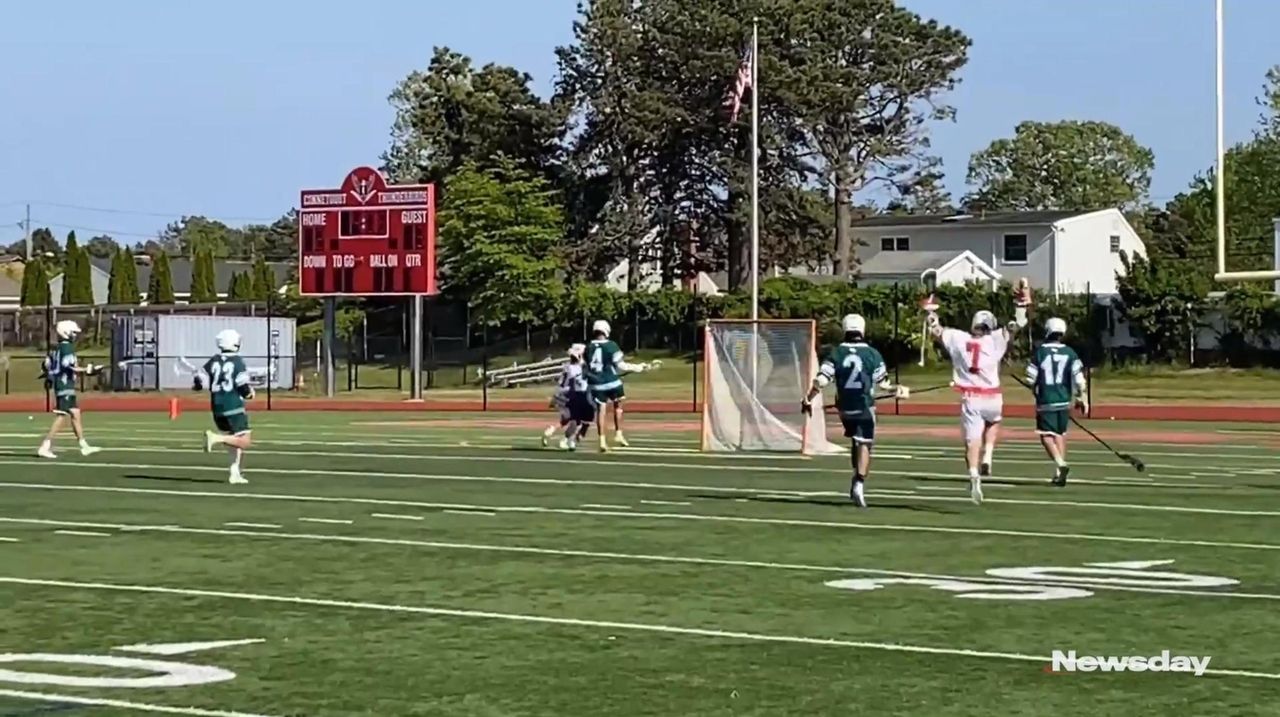 Connetquot wasn’t pleased with its play in the opening three quarters.

The Thunderbirds found themselves in a battle with Floyd in boys lacrosse action on their home field. Connetquot took its first lead of the contest 45 seconds before the final whistle of the third quarter, and the players recognized they had to be crisper.

"We knew we had to really clean it up," attack Brayden Stellwagen said. "We had to take the mistakes out and we did it. We ended up coming back and going on a rally."

The Thunderbirds scored the final seven goals of the game en route to a 12-6 home victory over Floyd in Suffolk Division I boys lacrosse Friday.

"Our chemistry just came up," said Stellwagen, who had three goals and an assist. "We work on it at practice all the time. We started off rough but then we came together."

Connetquot (7-2) held Floyd without a goal in the second half, led by Michael Monahan’s 11 saves. The Thunderbirds turned many of those stops into offensive chances — scoring four goals in the final 5:10 of the game.

"Mike making huge doorstep saves gave us great energy and made the offense want to score even more," said Tyler McCarthy, who had a goal and three assists.

And Monahan had a clear view of all the scoring opportunities.

"I get hyped down there," he said. "I’m screaming at them. They set the tone, too. It’s not just me in the net. It’s all the boys scoring down there."

Tyler Moore, James Engley and Brian Zecchini each added two goals and an assist in the win. Shaun Hill won 14-of-21 faceoffs against Jezayd Hall in a matchup of two of the top faceoff guys in the area to catapult the Connetquot offense.

"They did a good job, they had a nice gameplan," Floyd coach Dez Megna said. "They didn’t really let Julian get the ball too much."

Although Floyd couldn’t escape with the victory, Megna is pleased with the direction of the program. Floyd (5-4) played a strong Smithtown West team tough Wednesday before falling, 23-13. But after a string of sub-.500 seasons before finishing 9-7 in 2019, the Colonials are improving.

"Again today, it was a two-goal game in the fourth quarter and then it kind of got away from us," Megna said. "But as a program, we are moving things in the right direction. We just have to break through and get that one top five team."