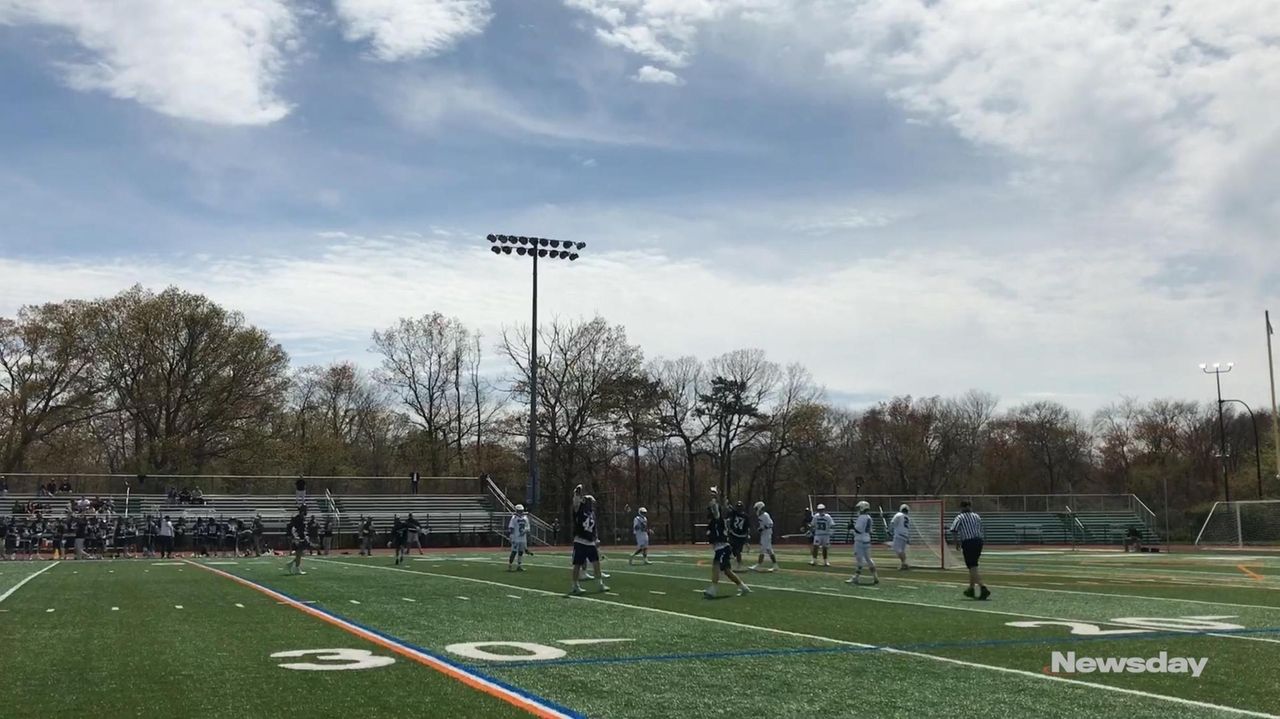 Massapequa midfielder Garrett Gibbons discussed his goal while falling down with 5:33 left in the second quarter, and what the team does well offensively, following the Chiefs' 14-3 victory over host Farmingdale on Thursday, April 25, 2019. Credit: Newsday / Melissa Kramer

Angelo Petrakis controlled the faceoff and darted toward the Farmingdale cage before giving up the ball to wingman Garrett Gibbons. That scenario played out over and over as Massapequa’s defense pitched a shutout in the first half and the offense dominated time of possession to build a seven-goal lead in a 14-3 win over host Farmingdale on Thursday in Nassau Conference I lacrosse.

“This game isn’t very hard when you have the number one faceoff man in the country in Petrakis,” said Gibbons, who had two goals and an assist in the first half. “He’s the key factor and makes us go.”

Petrakis cleaned up in the X, winning 20 of 21 faceoffs.

“It starts with Angelo and ends with our ability to take the high-percentage shots,” said Colin Gleason, who scored four goals and had an assist. “And we play a solid team defense. It’s an overall effort.”

“That was our best first half of defense this year,” Massapequa coach Tim Radomski said. “Our communication, something we work on all the time in practice, was spot on. We were always in the right place at the right time.”

Gibbons scored back-to-back goals with 5:33 left in the second quarter. His second one was a show of athleticism.

“I had a short stick matchup and I came down the left alley,” Gibbons said. “I went to the right hand and got up in some traffic. I got hit, and as I was going down I let the shot fly.”

The righthanded rocket beat the keeper to the low right side and made it 7-0.

Gleason had two goals in each of the third and fourth quarters, including two that were unassisted. “I made good decisions today with my shot,” he said. “I shoot high or low after I read the goalie.”

It was all working for Massapequa.