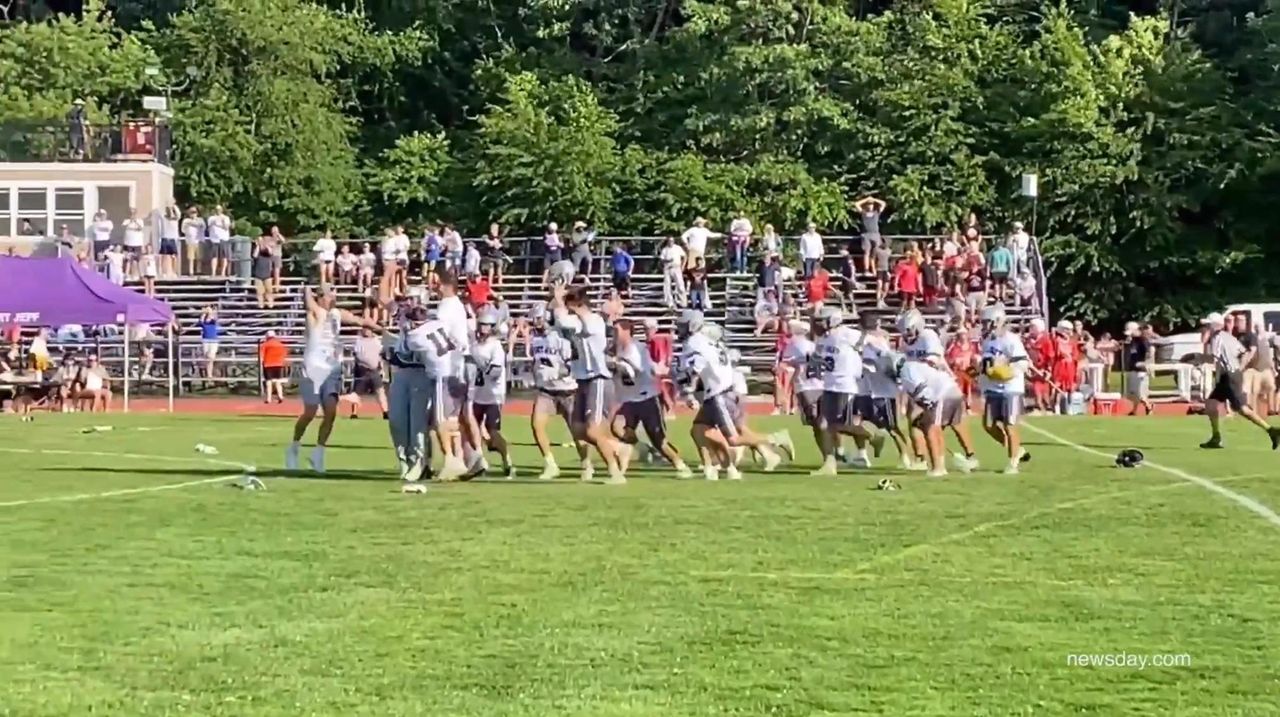 Daniel Koban and Kyle Scandale each had three goals and Peter Murphy had 12 saves in the win.

"This means everything," Koban said. "We’ve been here before and we just couldn’t get it at first. We tried, tried again and finally got it. I’m very happy it’s for my senior year and I can’t even describe it."

Center Moriches (6-10) led 5-2 with 3:18 remaining in the third quarter before Port Jefferson scored the game’s next six goals. Brady DeWitt (one goal, two assists) broke a tie at 5 and scored after Koban intercepted a pass and fired a shot off the post.

"I saw the guy looking for a pass, I read it, grabbed it, picked it off," Koban said. "I went for the shot, hit the post and luckily my teammate backed it up."

"That was a crazy feeling," DeWitt said. "We were down 5-2 and came back and took the lead. I saw the ball, saw the net open, saw the shot and scored."

Center Moriches scored the game’s final two goals and held possession as time expired. Michael Scannell took on a tough defensive assignment and forced a turnover in the closing seconds.

"I knew with a little time left, they’d have to get a shot off and he was going to shoot," Scannell said. "So I just wanted to be in position to get a check and I knew the defense was there for me. Got lucky and I was able to get a stick on his stick, so it worked out."

Rich Spivak had a goal and three assists, Richie DeChiaro had two goals and an assist and Aidan Knoetgen and Jack Kleinman had two goals for Center Moriches.

Port Jefferson coach Taylor Forstell said he believed this was going to be the team to deliver the program’s first title.

"We’ve been in these spots before and I knew this was the team to do it," Forstell said. "They’ve been a close-knit group all year. They were hungry, they wanted it and we were ready and it was their time."

But he doesn’t want the players to be content just yet.