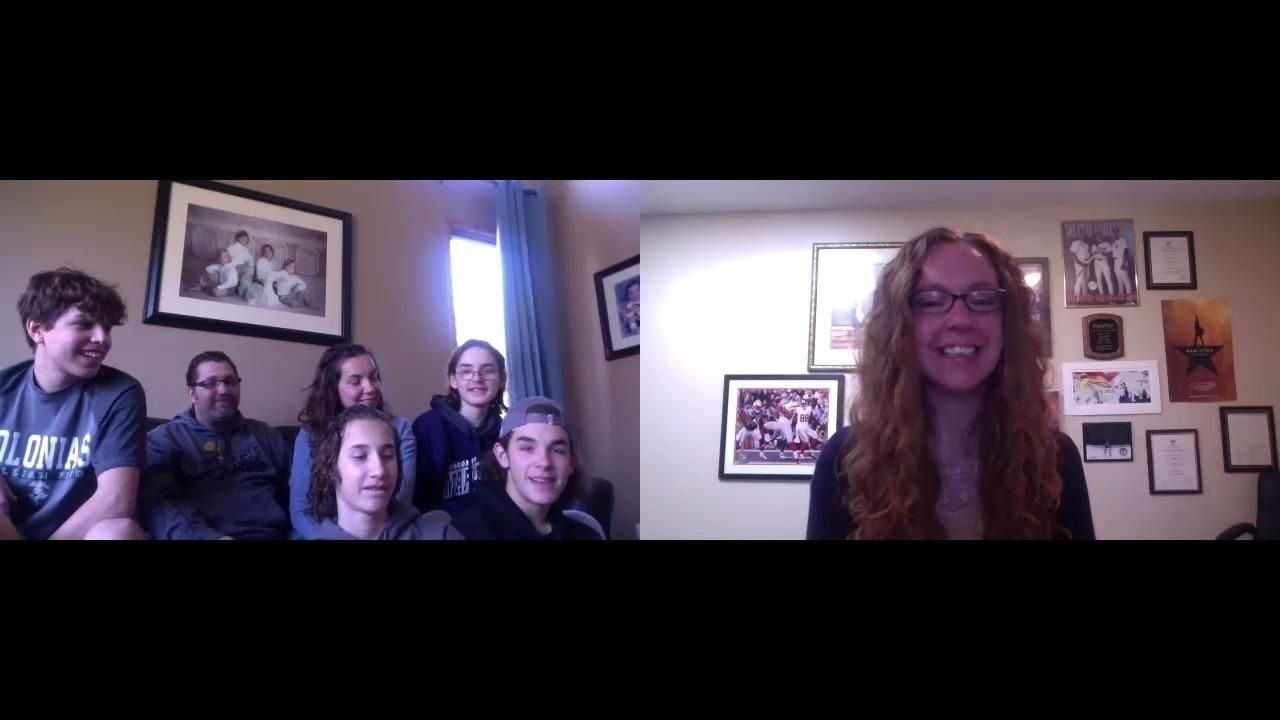 This year was circled on the calendar, the only time all four Taylor boys — senior Noah, junior Jake, freshman Owen and eighth-grader Liam — would have been able to play lacrosse together at Floyd. Shoreham-Wading River boys lacrosse Mike Taylor, his wife, Jennifer, and their four sons discuss the loss of the season because of the coronavirus. Credit: Newsday / Laura Amato

There are more holes in Mike Taylor’s backyard fence than ever before.

With four lacrosse-playing sons at home because of the COVID-19 pandemic, the fence has served as the backdrop of accuracy competitions and shooting exercises over the last few weeks. It was a price Taylor was willing to pay though, because, for his family, this spring was going to be the season.

The one circled in metaphorical red ink on their collective calendar, the only time all four Taylor boys — senior Noah, junior Jake, freshman Owen and eighth-grader Liam — would have been able to play together at Floyd.

That changed last week when Long Island school officials announced that spring sports had been cancelled. Now, the Taylors are trying to come to terms with missing out on a moment they’ve been waiting on for years.

“This is something we’ve hoped for since forever, really. Since they started playing,” said Mike, who also coaches boys lacrosse at Shoreham-Wading River. “We kind of used that as parents, and even as coaches, as motivation for them to train. To have an opportunity to play varsity at a young age, to play with your brothers, which is something you don’t get very often.”

Lacrosse is a way of life for the Taylors.

Mike met his wife, Jennifer, while he was playing collegiately at Dowling. Their four sons have been playing since they could hold sticks. Weekends are often spent driving to tournaments across the northeast. Mike said he started Legacy Lacrosse, a travel team, in large part so he’d be able to schedule his son’s practices.

Added Jake: “Between the grinding and the workouts or just playing mini-sticks in the backyard. It didn’t matter what we were doing, the bond kept growing with us through lacrosse.”

There’s also something special about the high school season.

Noah and Jake have played together on varsity since 2017 and last season, as part of the same attacking unit, racked up 62 and 53 points respectively.

“A lot of the plays went through us behind the net,” said Noah, who will head to Wingate University in the fall. “I’m a lefty and Jake is a righty, so it worked out perfect where we could both be at X.”

And, this year, with Owen and Liam joining the fold, the Taylors were primed for what Jake said “could have been the iconic season for Floyd.”

“We were totally psyched,” he said. “[Owen and Liam] both had great potential to be varsity starters. I felt like this was the year that Floyd could have been great.”

Jennifer called the cancellation “heartbreaking,” adding, “it kind of robbed us and it’s not something we could ever get back again.”

Despite that disappointment, the Taylors are trying to maintain a modicum of normalcy.

There’s still schoolwork to be done, both for the brothers and Mike and Jennifer who teach at Patchogue-Medford. Fortnite and Call of Duty have quickly become video game favorites. Afternoon workouts happen around 4 p.m. every day, as the self-dubbed "Taylor Gang" take to the driveway and the backyard to fine-tune their skills.

“There’s a lot of shooting in the backyard, a lot of bike rides, runs,” Noah said. “We’ve got some milk gallons set up in our net and we have point competitions.”

The intra-family competitions make an otherwise unideal situation a bit more fun, but the loss of this season is one the Taylors feel keenly. They’re still hoping there’ll be a chance to play this summer, whether that’s with their travel team or in local tournaments, looking for that opportunity to get on the field together.

“As a team and family, it’s been really emotional,” Jake said. “It would have been a great experience for all of us.”