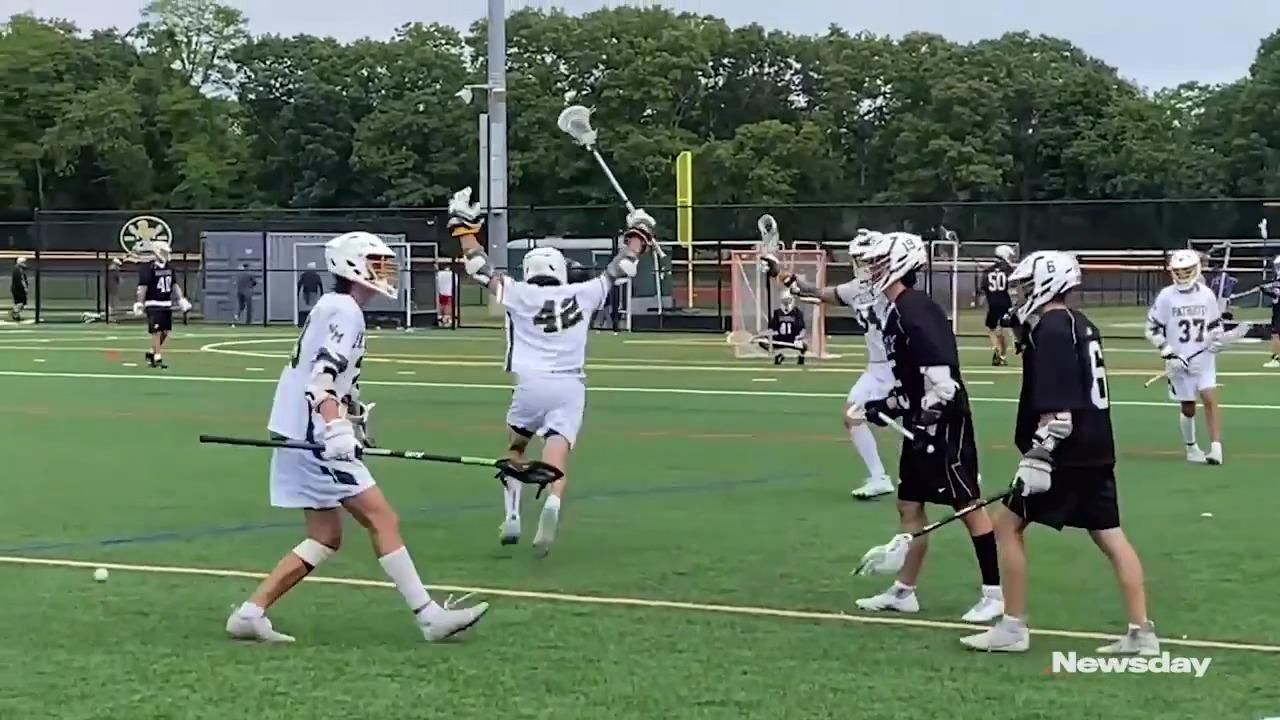 Jason Flynn imagined himself in this exact situation since he could pick up a lacrosse stick.

Score tied. Final few minutes. A chance to play for a championship at stake.

It’s everything Flynn hoped for. And he proved ready. Flynn finished a run to the net and scored the final goal as host No. 4 Ward Melville defeated No. 9 Sachem North, 9-8, in a boys lacrosse Suffolk Class A semifinal Monday.

"It means everything, you work your whole life for this," Flynn said. "You always envision yourself in these situations when you’re younger in your backyard. It was really cool to go out there and do it."

Ward Melville (13-3) plays at No. 3 Northport for the Suffolk Class A title Wednesday at 4 p.m. It’s Ward Melville’s 42nd trip to the county finals in the last 50 years.

Ward Melville and Sachem North played in front of more than 1,000 fans Monday in an electric environment with passionate student sections. All players fed off the crowd after missing last season and all the unknowns about if fans were going to be allowed to attend events a few months ago.

"I play three sports on the varsity level and I’ve never seen an environment like this in a varsity game," Flynn said. "It was ridiculous. I’m so glad our fans came. It was just an incredible game to be a part of."

Jason, Tyler, Nick Bruckner and James Araneo each had two goals for Ward Melville. Simonton had three assists in the win.

"It’s really a testament to the kids," coach Jay Negus said. "They never gave up and they dug in and they worked."

"We missed this so much," Licavoli said. "It’s hard to have a year off and come back and we didn't even know if we could have fans this year, so the fact that we can have fans out here, we’re very grateful for it."

"Even from the fanbase, you could see they needed something to be excited for," Negus said. "And if lacrosse can do that and it’s at our high school and playing against another good high school, I think that’s awesome."