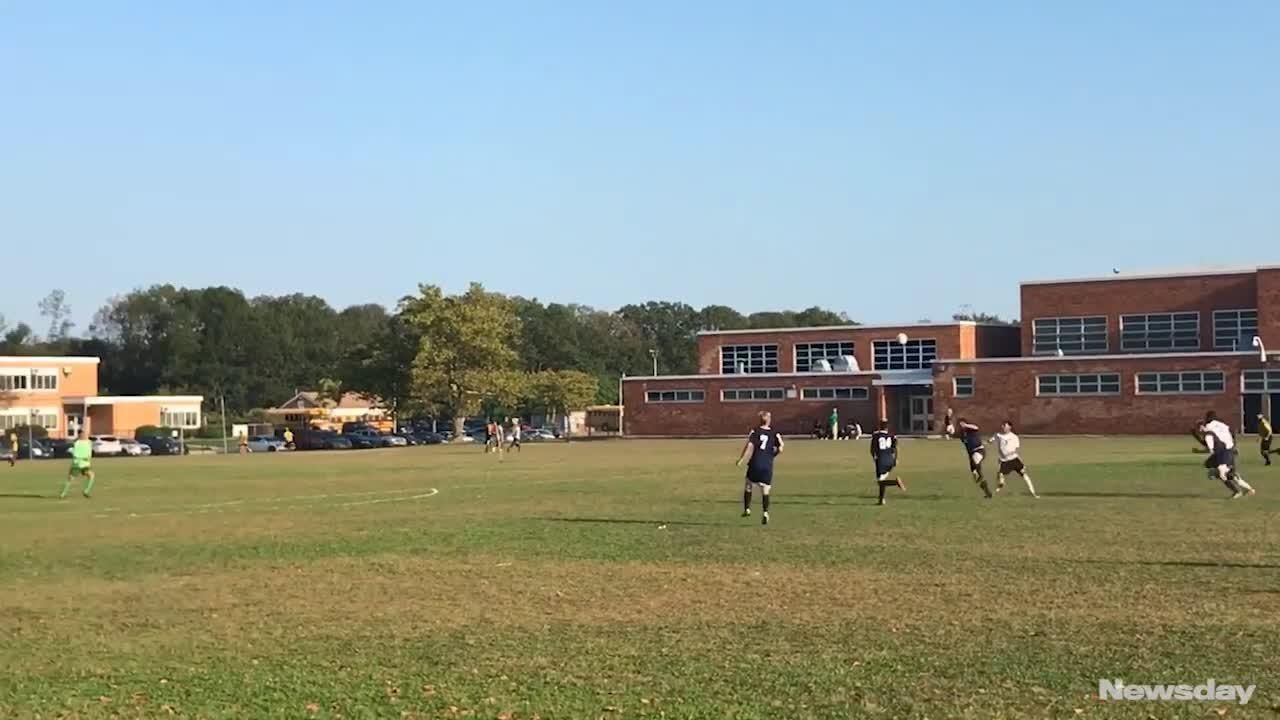 Giordano Williams had to make a tough decision this summer. The junior could either go back to his home country of Jamaica and visit his family and friends, or he could stay on Long Island and practice with the Uniondale boys soccer team.

“The year before, I went home,” said Williams, who had two goals as a freshman, but only one assist as a sophomore. “This summer I said, ‘I’m not going to Jamaica. I’m going to stay with the team and practice.’ This has helped me to understand soccer better.”

Not only does he understand the game better, he’s playing better. The 6-3 Williams had two goals to lead Uniondale to an impressive 4-0 home win over Plainview-Old Bethpage JFK in a Nassau AA game Monday.

“I just felt it,” said Williams, who has three goals this season. “At practice I’ve been looking better and I’m more in form than the year before.”

Uniondale coach Cohen Nelson, for one, has seen a difference.

“Gio is playing at another level — he’s had 15 goals the last three practices,” he said. “The game is all about confidence, and his confidence right now is at a totally different level.”

Plainview-Old Bethpage JFK (3-2) never seemed to recover. The Hawks constantly were tested in the back by long passes from twin brothers Marvin and Darwin Velasquez, who play midfield for Uniondale. Hawks goalie Will Price was tested throughout the afternoon and had eight saves.

Josue Reyes sent a beautiful pass to Darwin Velasquez, who scored in the closing seconds of the first half to give Uniondale (2-0-2) a 3-0 halftime lead. Williams scored again in the 44th minute to gift-wrap his tremendous afternoon and an impressive effort by the Knights.

“I was waiting to see how we’d match up in a game like this of a physical nature, and I think we did pretty well,” Nelson said. “The job is not done today, but this gives us an idea of where we want to go.”