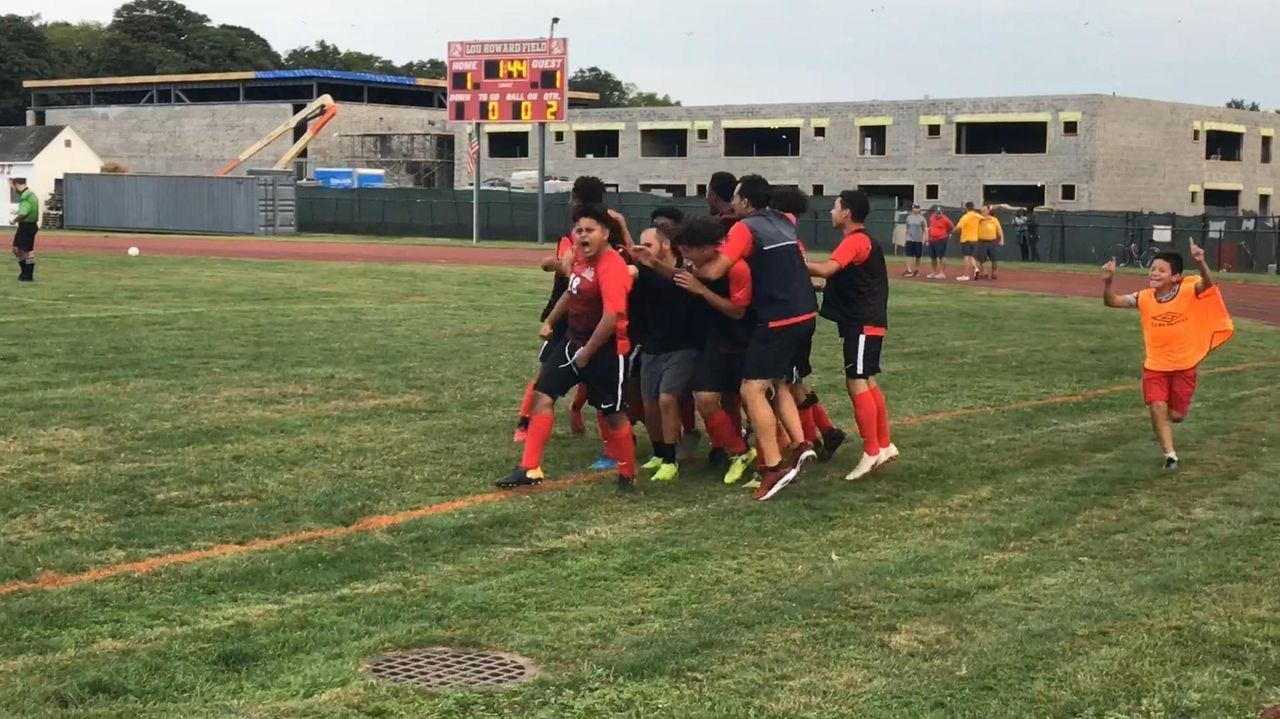 Amityville hasn’t lost a boys soccer game since Nov. 2, 2017, but 65 minutes into its Suffolk VI game against Glenn on Monday, the Warriors trailed by a goal.

Despite being behind, Amityville was putting pressure on the Glenn defense and goalkeeper Julian Weber, who had 13 saves, many of them diving efforts against Amityville playmakers Juan Ponce and Jeremy Guardado.

“[Weber] is fantastic,” Amityville coach Mike Abbondondolo said after his team’s 2-1 victory. “He is the first guy I went to after the game to tell him he is a monster. He did really well, but Glenn played great collectively as a group.”

Amityville’s aggressiveness finally paid off when Fernando Nuñez’s shot hit the right post and went in to tie the score at 1 in the 66th minute.

The Warriors continued to put pressure on Weber and Glenn (2-2), and Sergio Ortez scored in the 78th minute, assisted by Jeffrey Saravia.

“[The goal] was all the buildup from this game,” Abbondondolo said. “Sergio’s been a guy who I have been getting on a lot. I usually pull him first and he probably wasn’t a happy camper when I took him out, but we talked about it after the game and it was all worth it.”

The entire team rushed Ortez to celebrate the junior’s goal.

“I loved the celebration, and when we say we are a family, we mean it,” he said. “It felt like we were a real family and it was just a good vibe.”

Although Guardado and Ponce lead Amityville (5-0) with 10 and nine goals, respectively, Abbondondolo said he was pleased that others helped to lead the way to victory.

“I saw a lot of fight, and that is what this team is about,” he said. “We are young, but they are hungry and want to make a name for themselves. In the other games, it has been Juan and Jeremy, but today it was Fernando and Sergio who came through along with the defensive effort.”

Last season, Amityville’s lone blemish was a 0-0 tie against Sayville, and the team bounced back to win the state Class A championship. Abbondondolo said he hopes the team is able to learn from this game as they did last year.

“When [different players] take on new roles, sometimes they can do well and sometimes they don’t,” he said. “We just want them right by the end of the season. The win is fantastic and we are elated, but we have plenty of work to do.”