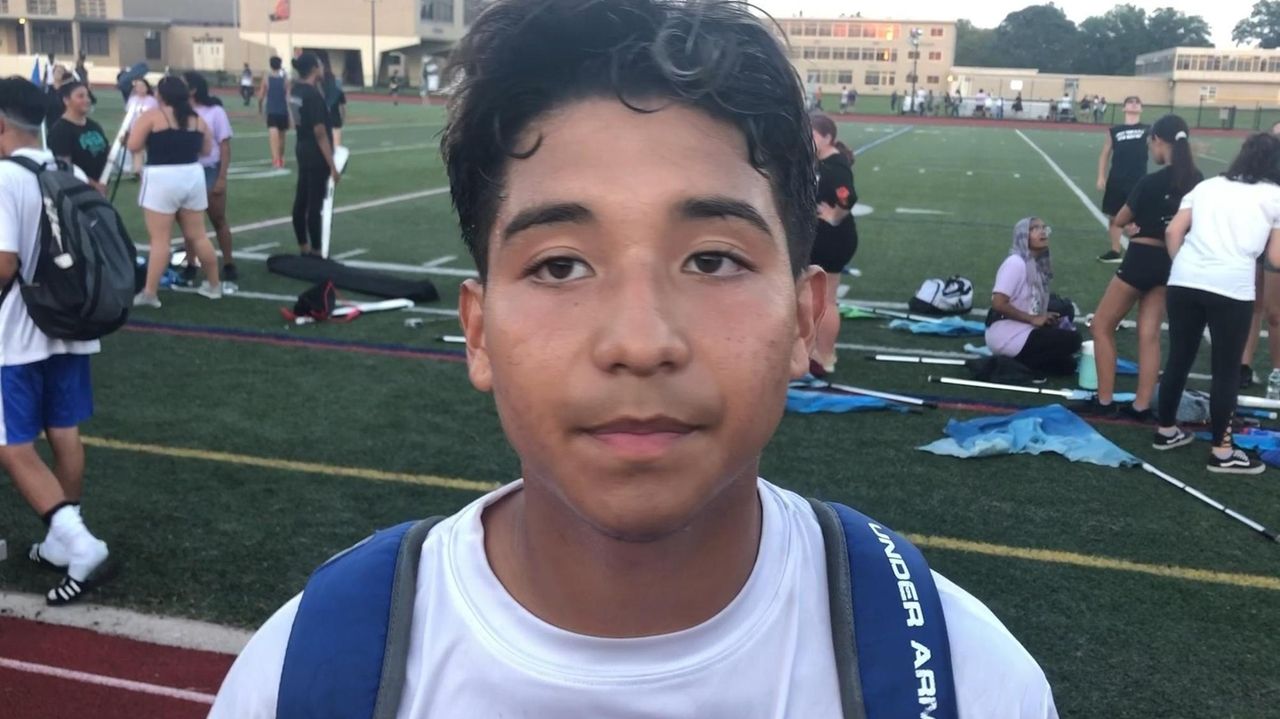 When it came to East Meadow’s speed versus Hicksville’s size in boys soccer on Wednesday, speed won.

“I got a lot of guys at forward who could beat a lot of outside guys with their speed,” East Meadow head coach Bryan Horrmann said.

One of those speedy forwards is Eric Velasquez, who scored both goals in East Meadow’s 2-1 victory at Hicksville in its Conference AA-I game.

Within two minutes of the game’s start, Velasquez ran past the defender, received the pass from John Castillo, and ripped the ball into the bottom corner of the net to give his team a 1-0 lead.

This ended Hicksville goalkeeper Amardeep Singh’s streak of back-to-back shutouts (one was non-conference) and it gave East Meadow (1-1) the early momentum, which they would hold onto for the rest of the game.

At the start the second half, Velasquez found the back of the net again, off an assist from Rueben Szczesny, in the 41st minute.

Velasquez said that he was elated to score both goals, but he knows winning is a team accomplishment and the Jets have room for improvement.

“We have to keep playing the way we did today with high intensity,” Velasquez said. “It wasn’t just me today, it was a whole team effort. Everybody put in a shift that gave us this win today.”

Hicksville (1-1) pressed the issue the whole game. In the 54th minute, Javier Caceras connected on a penalty kick to cut the deficit in half. But the East Meadow defense buckled down.

“Finally, I saw grit and I saw the team that they should be,” Horrmann said. “They distributed well and some kids are playing out of position, but they showed heart and they pressed.”

Horrmann said the Jets must carry their momentum into their home opener on Friday.

“I’m hoping we can back this up against Farmingdale,” Horrmann said. “But I’m proud of every single one of these guys who played and didn’t play. Everybody was intense and in it.”