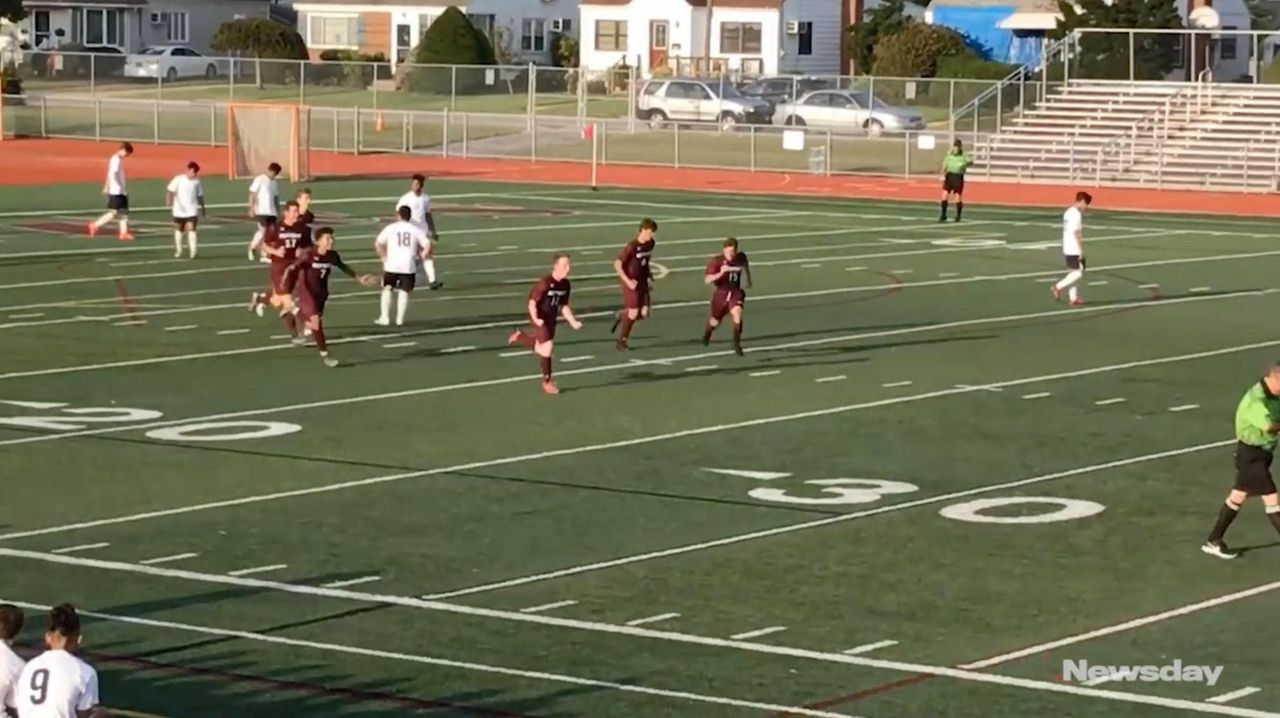 After conceding their first goal of the season, the New Hyde Park boys soccer team controlled possession throughout the second half in their comeback effort, but struggled to find the back of the net.

Until center back Diego Banegas came through in the late stages.

Banegas headed in the equalizer on a cross by Jose Canas with 2:02 remaining as visiting New Hyde Park forced a draw at 1 in a Nassau A-I matchup against Mepham on Friday night.

“I was thinking about Jose and I making that play in junior varsity,” Banegas said.

Mepham hosted Alzheimer’s Awareness Night, with all proceeds being donated to the Alzheimer’s Disease Research Center.

Prior to the Banegas goal, New Hyde Park (4-0-2) narrowly missed tying the score on a free kick following a foul in the 61st minute, as the shot ricocheted off the left post. Coach Dan Cinelli said a formation adjustment in the second half made all the difference for the Gladiators.

“We came out of halftime and I saw a few things that we needed to address,” Cinelli said. “We talked about it, came out in the 3-5-2 from the 4-4-2 and it actually worked out in our favor. We overpowered them in the midfield that half.”

Mepham, the defending Nassau Class A champions, took an early lead when Timothy Penny headed in a free kick from Carter Chiarello in the 11th minute. Penny continued to apply pressure on the New Hyde Park defense in the first half as he worked his way into the 18-yard box two more times before having his shots deflected.

“I’m really bummed that we didn’t get the win at the end,” said Penny, who also saved a shot in the 45th minute. “But I think we really pushed hard and just got a little unlucky at the end. I’m glad I netted one and that we got a point, but we just need to move on.”

“They scored on an excellent header,” Mepham coach Zachary Gosse said. “Both teams were excellent and worked hard. It was just a pleasure to be a part of it.”

With Penny’s header becoming the first goal New Hyde Park has allowed all season, Gosse noted the positives that Mepham (3-0-4) could take away moving forward.

“To score first on them shows that we are capable of breaking down a very good team,” Gosse said. “We never gave up…I think there are a lot of positives to take out of that.”