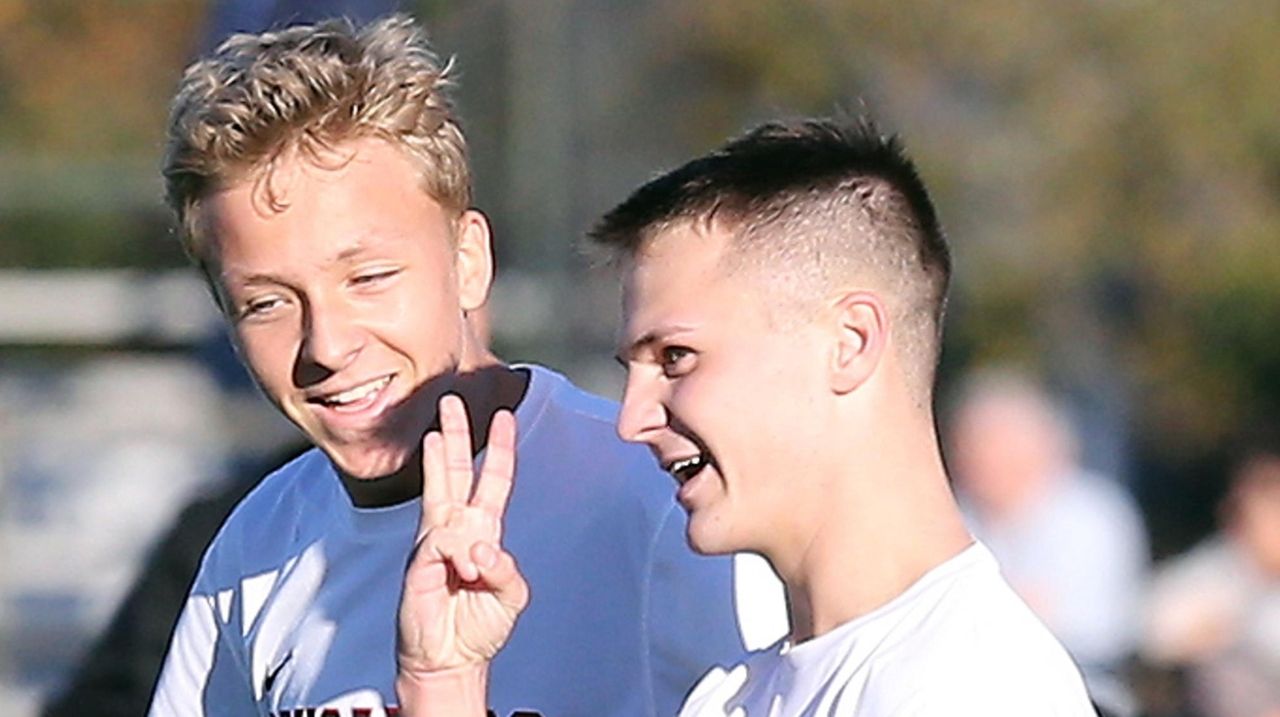 Ryan Essigman knew that he already had a few hat tricks under his belt. He chuckled as he said that he can’t remember how many, but only one of them matters right now.

“This hat trick is the most important one,” Essigman, a senior, said. “Scoring all three goals feels amazing. I’ve been working four years for this win. I’m glad my team and I got it done.”

Waldorf played aggressively at the beginning of the first half, keeping the ball on Lutheran’s side.

“We were a little nervous in the beginning, but once we shook that off, we scored,” said Lutheran coach Mike Longo.

Essigman started the scoring at the 13:27 mark, dribbling the ball down the field and kicking it straight into the center of the net.

“The first goal meant the most for me because I feel like it [pumped] the team up,” said Essigman, who was tournament MVP.

His second goal was a penalty kick with 6:52 remaining in the first half. Greg Fisher assisted Essigman on his final goal in the second half, passing the ball to Essigman who scored from five yards out.

“After that last goal . . . it really sunk in that we were going to take it home,” Essigman said. “I was ready to celebrate.”

Lutheran sophomore Brandon Sweeney made three saves, all in the first half. The first-year goalie recorded seven shutouts this season.

“This is a huge accomplishment for me because it is my first year as a goalie,” Sweeney said. “Thanks to my defense that grew stronger and stronger game by game, I was able to keep the shutout.”

Anthony Morales assisted in defending the net and keeping Waldorf at bay.

“Morales has the ability to instill confidence in the entire team by being their dependable defender every second of the game,” Longo said.

The Crusaders (14-4) are advancing to the New York State Independent Championship, which starts on Tuesday. Essigman is confident that Lutheran will bring home the trophy.

“I’m really happy about the win. This is our year,” Essigman said. “A lot of people counted us out after we graduated a bunch of seniors. We went out there and proved them wrong.”