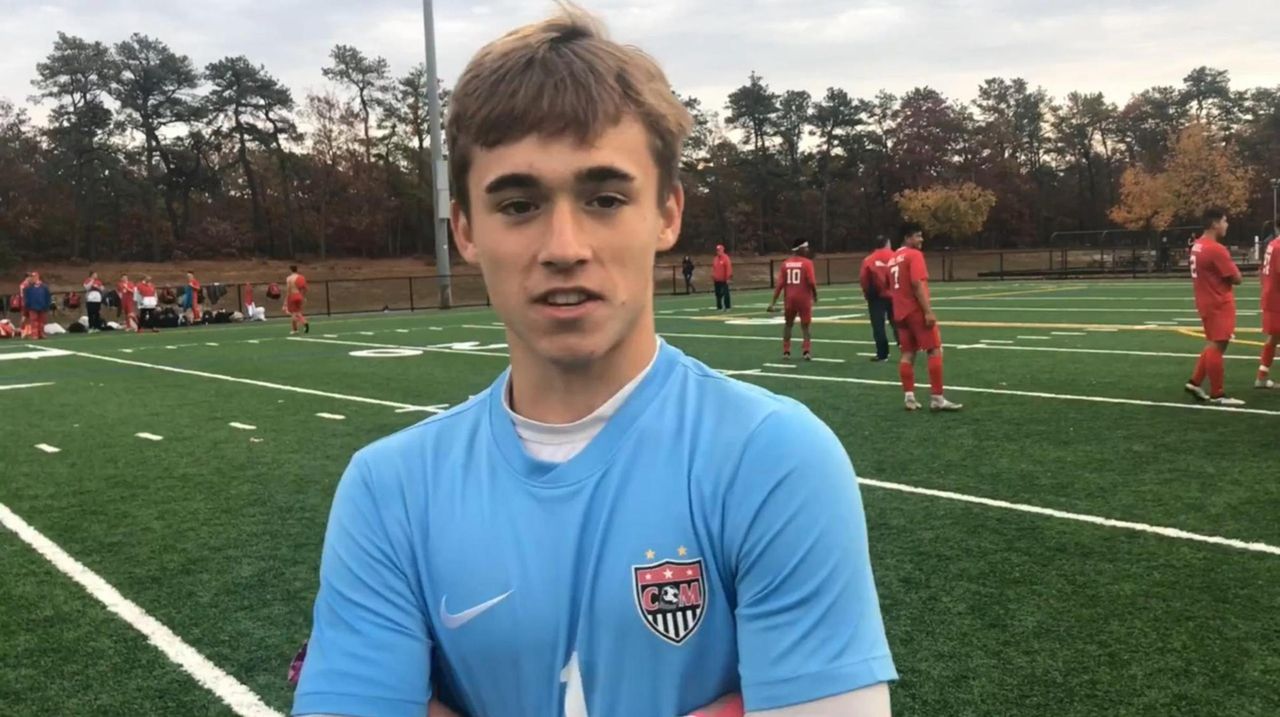 Sam Schrage saw the ball land at his feet and knew he was going to send it into the back of the net.

The Center Moriches junior striker capitalized on Mike Luongo’s assist in the 65th minute Tuesday afternoon, netting his second goal of the day and lifting the Red Devils to a 2-0 boys soccer victory over Carle Place in the Long Island Class B championship at Diamond in the Pines.

“It was go big or go home,” said Schrage, who got Center Moriches on the board in the 18th minute. “Michael got me a beautiful ball and we practice that every day. I had to get one touch on it and get it in.”

Schrage’s second goal capped a quick offensive rush by Center Moriches (14-2-3) as the Red Devils pushed up the field. Luongo sent the ball toward the goal, where Schrage was waiting on the far post, able to tap it in and give Center Moriches some breathing room late.

Coach Chris O’Brien lauded both players for their execution, saying: “It’s great when some of the things you train for in the days leading up to a game come to fruition, because it tells you that the kids are receptive.”

While Schrage was an offensive spark for Center Moriches, junior goalie Colin Raupp was a wall in net all day. He finished with 10 saves, including a fingertip stop with just under three minutes left, keeping Carle Place (11-3-1) off the board.

“I saw the ball, reacted and got my hand on it to make the save,” Raupp said. “There are some nerves there, obviously, but I’m confident in my back four and they’re confident in me.”

O’Brien said that the Center Moriches defense “bent, but didn’t break” in the second half as Carle Place racked up five shots on goal. Instead, the Red Devils dropped back, marking up and doing their best to limit the Frogs’ potent offense.

“We knew we had to defend,” senior midfielder Liam O’Brien said. “We left it all on the field. Honestly, I don’t think there’s anybody in better form than us right now on the Island.”

“We had a plan set and we executed it,” Raupp said. “Everyone’s together and everyone’s buying in to what we’re trying to do.”