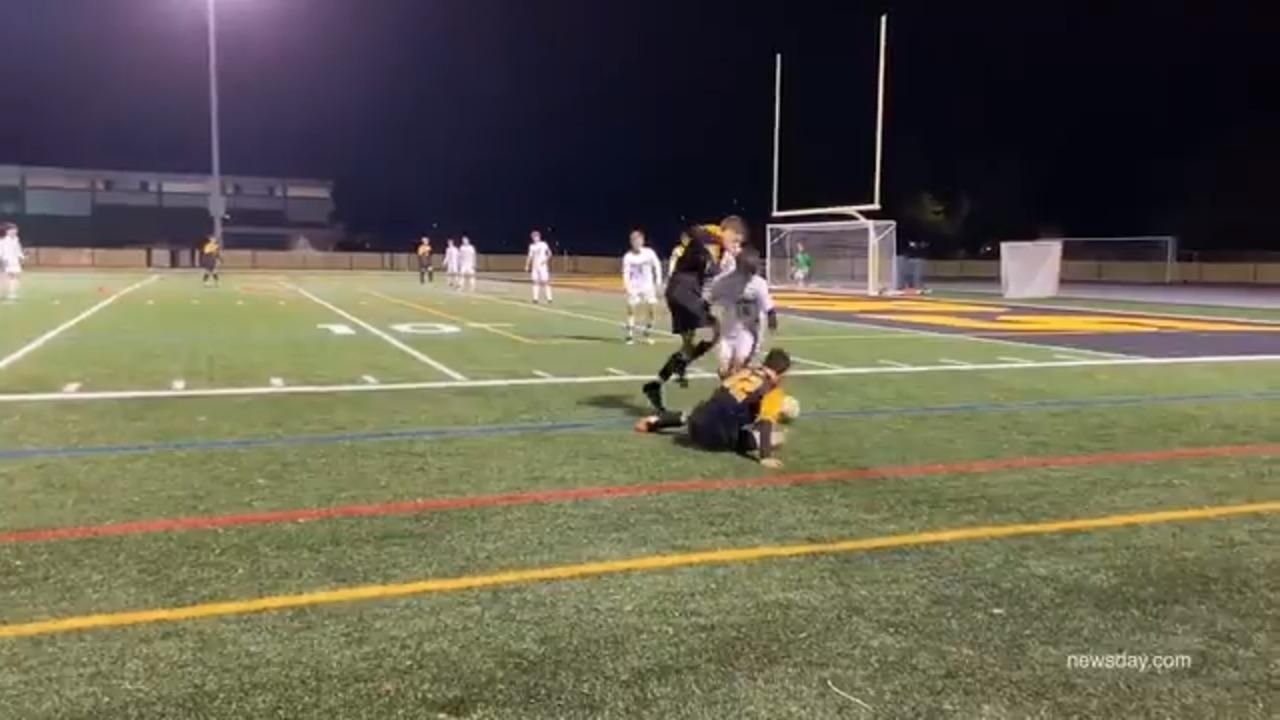 Talk about getting off to a good head start.

Less than four minutes into Tuesday night’s CHSAA boys soccer matchup, St. Anthony’s junior midfielder Sean Louis got the Friars on the board, finding the back of the net on a header and effectively setting the tone of the game as the squad defeated St. John the Baptist, 3-0.

"Once we get that first goal, we control the game," Louis said. "I saw [Michael Odusami] get the ball down the line, he kept it in, and I knew I had to finish what he started. Had to put it in."

Odusami sparked the Friars’ early offensive push, holding possession near the net before sending a cross through the box that found Louis’ head with 41:04 remaining in the first half. The senior forward said he saw Louis standing at the far post and was determined to get the ball to him.

"What was going through my head, was getting the right contact on the ball," Odusami said, "getting it to my teammate and the image of him celebrating."

Coach Don Corrao credited the Friars (3-1-1) for getting the early jump, saying "it settled things down right away."

"I thought our pace and ball distribution in the first half was pretty good," Corrao added. "The kids worked hard . . . overall good effort and had a lot of opportunities."

Junior midfielder Zachary Beach made good on one of those opportunities with 23:19 left in the first half, giving St. Anthony’s a two-goal lead on a penalty kick.

"I think where I’m going and then hit it," Beach said of his PK approach. "It’s so important especially when it’s a 1-0 game. That’s what decides the game."

Bolstered by their first-half cushion, the Friars continued to bring pressure throughout the second half, pushing the tempo against the St. John the Baptist (3-4) defense. Odusami once again came up big, scoring with 6:21 left to make it 3-0 and wrap up the victory. "It was only a matter of time before we got another goal," Odusami said.

Now, as the Friars turn their attention to the final games of the regular season and, they hope, a second-straight league championship, St. Anthony’s is looking to build off the momentum of this win.

"It’s huge," Beach said "It sends a message to the league, that we’re here to win and we’re not going to do anything less."