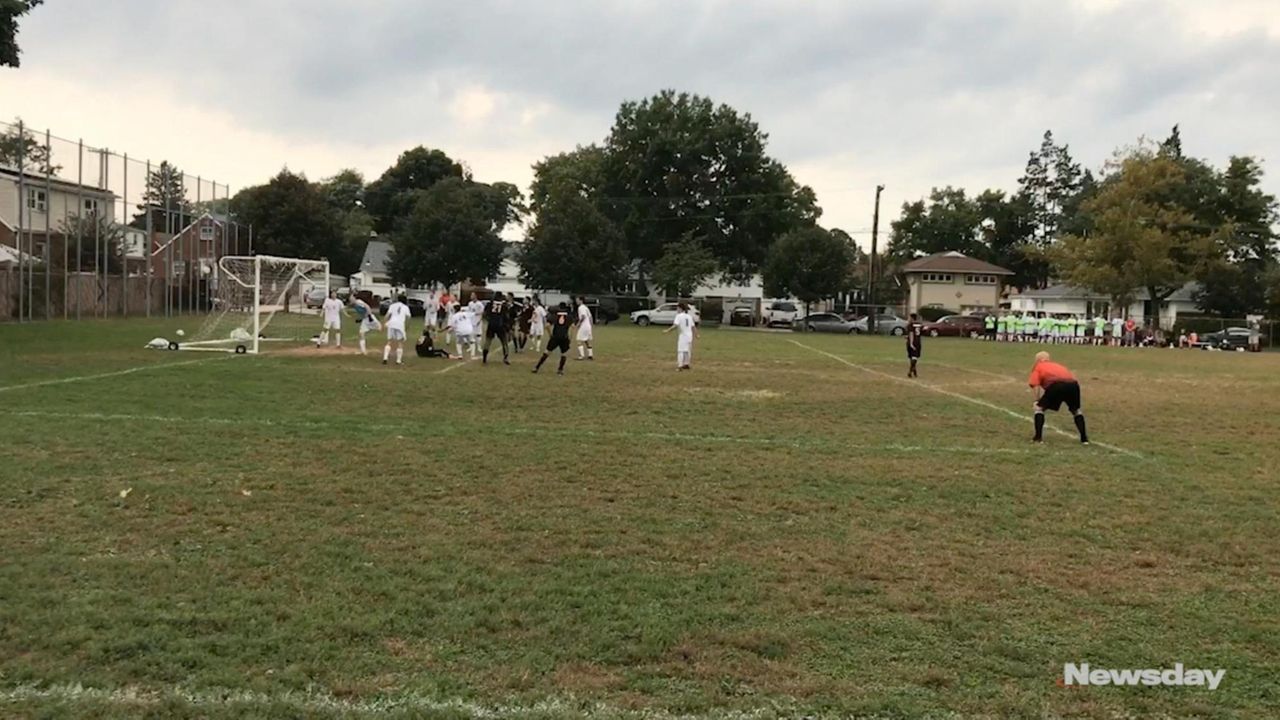 Syosset came into Tuesday’s clash at Uniondale with a plan to stretch the field and get the ball out to the flanks.

It did not take long for the strategy to pay off.

Zyde Nawabi scored 30 seconds into the match off a cross from Kyle Grossman and Will Taffe doubled the lead in the second half of Syosset’s 2-0 win in a Nassau AA-I boys soccer match, a rematch of last season’s county final won by Uniondale on penalty kicks.

“I saw Kyle with the ball out wide and I got in a really good position to head the ball,” Nawabi said. “When he crossed it, it was a really good feeling because I knew it was going to hit my head and go in.”

“We had a gameplan of how we wanted to come out, to make this small field as big as possible,” Braves coach Brett Waxer said. “We’ve been leaving some opportunities on the table in the last couple of games, so to come out and get one early set a good tone for our guys.”

Syosset (5-1-1, 7-1-2 overall) has now won five matches in a row and continued to create chances after its early breakthrough. Midway through the first half, the Braves won a penalty kick that was stopped by Uniondale keeper Endi Fernandez (seven saves), who saved three spot kicks in last year’s shootout.

In the 60th minute, Syosset got its second goal, as Fernandez stopped Ryan Millevoi’s free kick from the edge of the penalty area, but Taffe was able to tap in the rebound.

“Coach has been telling us all week that I should follow the shot and if the goalie bobbles, I should be right there to put it in, and that’s what I did,” Taffe said. “Zyde’s goal lifted our energy and every time we score, we’re always trying to put one more in the back of that net.”

The two-goal cushion was enough for keeper James Galvin (four saves) and the Braves backline, which held Uniondale (2-4-1) in check.

“They have the best foot skills we’ve seen,” defender Jack Monfort said of the Uniondale forwards. “We couldn’t have one guy marking them. If they beat someone, we have two guys coming at them, so they wouldn’t have space to do anything.”

With the win over last year’s county champions, Nawabi said the Braves are ready to make their own run at the title.

Said the forward, “This is a new year and it’s a special group of guys, so I really think we can go after it.”