Jonathan Varlamos, assistant principal at Walt Whitman High School in Huntington Station, holds a lost championship football ring that was in the school vault.  School officials tracked down the owner and consider it a good omen for the school's own champsionship game this Friday night.  Credit: Danielle Silverman

As the Walt Whitman Wildcats play for the county football title Friday night, school leaders there can say they already have a championship ring in hand.

Now, they hope it's a sign of things to come.

A call to the main office Wednesday from someone looking for another lost item led to a search of the high school's vault where an assistant principal found a bulky ring tucked into a white envelope.

The mystery deepened as the shiny black and silver ring was certainly not local. It was emblazoned with an initial "A" surrounded by the words "New York State Champions" on the front and "Rams" inscribed on the side. 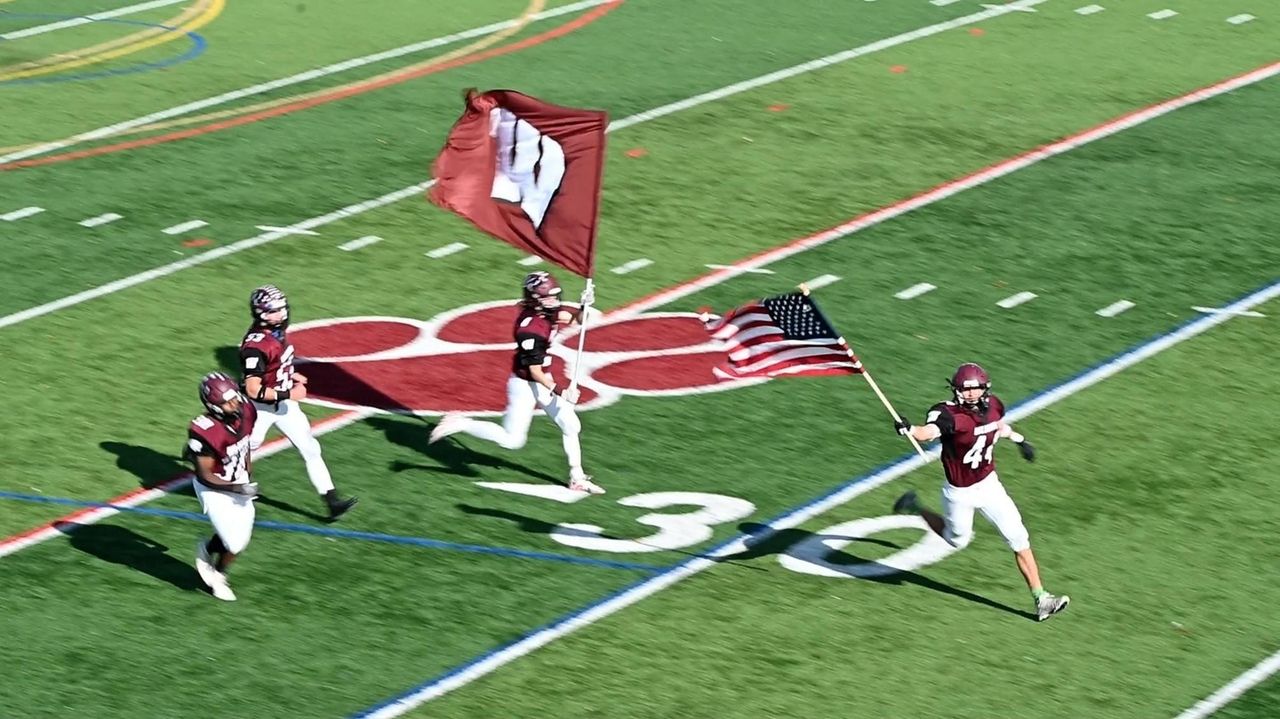 High School Spotlight: Whitman vs. Ward Melville football, plus plays of the week Newsday's Gregg Sarra looks at the Whitman vs. Ward Melville football game putting the Wildcats in the Suffolk Division I final, plus the top plays of the week from across Long Island in the latest episode of the High School Sports Spotlight. Credit: Newsday / Howard Simmons

"We started searching New York state school champions with the name — Rams — and we found that in 2005 the Amsterdam Rams won the New York state football title," said assistant principal Jonathan Varlamos. "We sent an email to the athletic director and the coach and the coach got right back to us and said the player was heartbroken when he lost this years ago."

In November 2005, the Amsterdam High School Rams defeated the Geneva High School Panthers by a score of 35 to 14 to win the state title at the Carrier Dome.

But how did the ring from a school northeast of Albany from a championship played in Syracuse about 16 years ago find its way into the Walt Whitman safe in Huntington Station?

Varlamos said the school connected the lost ring with its owner — who was the date of a local student and lost the ring at Whitman's 2007 prom. It had sat in the vault ever since.

That player — Phillip Ninan — now lives in Massapequa, he said in an email to the school. He was thrilled to receive the call that his ring was found and noted that the school district he lives in — Plainedge — has an undefeated football team playing at Hofstra University Friday night for the Nassau III championship.

He recalled in an interview he was dancing at the prom when the ring slipped off his finger. He looked for it on the floor on his hands and knees but couldn’t find it.

"Thank you for keeping it safe after all these years," he wrote to Varlamos.

Friday night at Stony Brook University, top-seeded and undefeated Whitman (10-0) will meet William Floyd (9-1), the defending divisional champions for the Suffolk Division I championship. If they won, it would be first time in 37 years that they garnered the title.

South Huntington school district leaders consider the ring a good-luck charm especially since they found it so close to the big game.