It was the year’s biggest test and Frank Naudus aced it. In a fall without the state Federation championship, all eyes were turned on the CHSAA Intersectional Championships at Bowdoin Park in the Bronx, and Naudus made sure Chaminade went home with a title.

The senior placed fourth overall on the 4K course in 13 minutes, 24.9 seconds, topping every other Long Islander in the race and helping Chaminade win their first team championship there since 2013. For that, and an overall level of consistency throughout the shortened fall, Naudus garnered Newsday’s CHSAA Runner of the Year honors.

Naudus’ strong strides also helped Chaminade take home the Nassau-Suffolk CHSAA League Championship as well. He finished second in that race, clocking a 13:31.93 on the 4K course at Our Lady of Mercy Academy in Syosset.

After a cancelled spring and a summer full of uncertainty due to the COVID-19 pandemic, Naudus made every move count with a fantastic fall.

"It feels great, especially because I didn’t think we’d have a season at first," he said after the Intersectional team championship. "So, coming into the season and winning two championships felt amazing."

With a shortened schedule and less full team practices, Naudus and the rest of his teammates needed to take the principals of self-discipline to new heights this season. Naudus, who lives in Island Park and trains primarily in Long Beach, made the most of every team practice.

"I think training was definitely rushed," he said. "Usually we do distance work as a team and work as a team more. But, this year, we only had practice two to three times a week. When we were on the track, we were working hard. Every track workout was something fast."

For this season anyway, the rushing worked – to the tune of two championships. 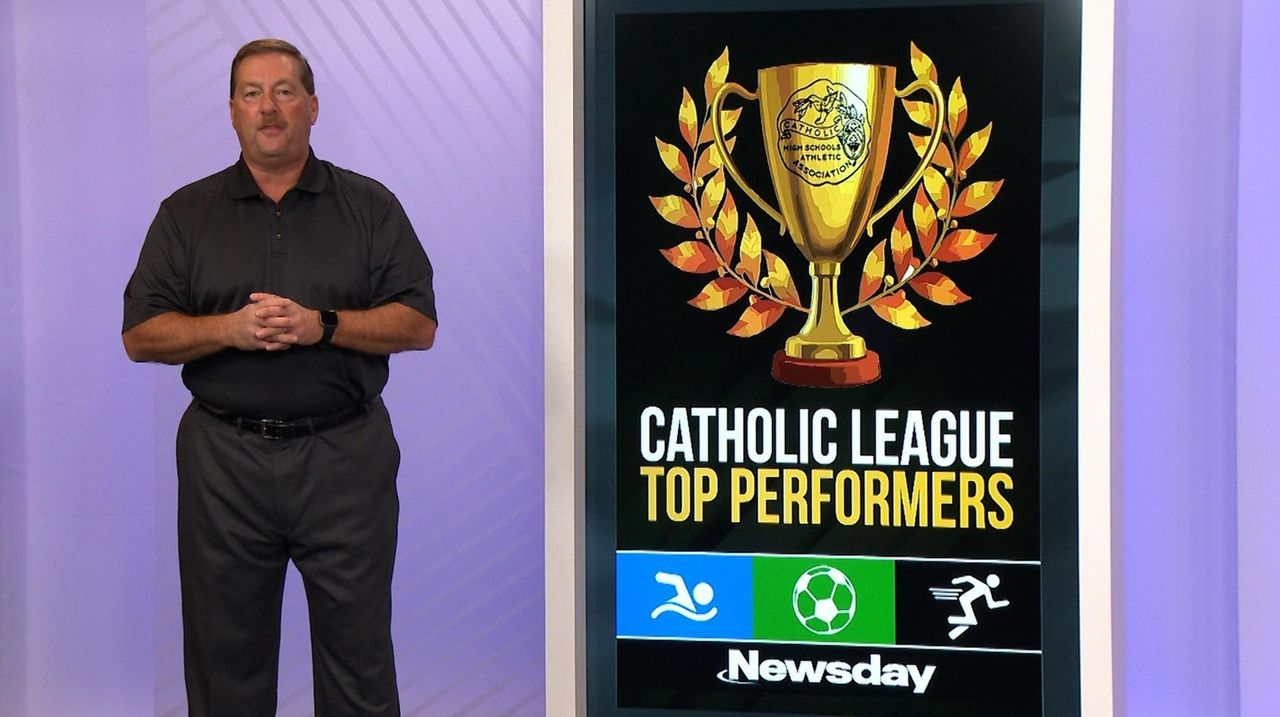 Michael Cahill, Chaminade, Sr. – Cahill was a key part of the Flyers’ duel championships. He was sixth at the intersectional Championships in 13:34.8 on the 4K course at Van Cortlandt Park in the Bronx.

Robert Doherty, St. Anthony’s, Sr. – He won the CHSAA League Championship in 13:27.40 on the 4K course at Our Lady of Mercy Academy in Syosset. Doherty was seventh overall at the CHSAA Intersectional Championships in 13:35.9 at Van Cortlandt Park in the Bronx.

Jake Orfano, Chaminade, Sr. – Orfano helped Chaminade break through their Intersectional championship drought by running a 13:52.5 on the 4K course at Van Cortlandt Park in the Bronx, good for 11th place.

Throughout the fall, Sabrina Spezia expressed one sentiment above all – she was just happy to be on the trails. And who could blame her? 2020 was as hard as it gets for high school athletes. The outdoor season was cancelled last spring because of concerns over the COVID-19 pandemic. The cross country season was touch and go until CHSAA administrators gave the OK to a shortened season.

"It means a lot that I was able to race with my (teammates), because I didn’t know if we were going to be able to," said Spezia, a St. John the Baptist senior. "That just made me happy."

Happiness is one thing, but it was the way she processed that happiness that made the weeks between October 10 and Nov. 14 so special. Simply put, Spezia shined.

The senior won the Nassau-Suffolk CHSAA League Championship on the 4K course at Our Lady of Mercy Academy in Syosset in 16 minutes, 10.65 seconds. Two weeks later, she was the fastest Long Islander at the CHSAA Intersectional Championships, running a 16:13.3 and finishing fourth on the 4K course at Van Cortlandt Park in the Bronx.

For those accomplishments, Spezia was named Newsday’s CHSAA Runner of the Year.

The Intersectionals marked a pretty big step up in difficulty for Spezia and the rest of her Long Island competition. Instead of spending two-and-a-half months navigating the punishing hills of Sunken Meadow State Park like usual, the Long Island contingent of the catholic league ran the much flatter terrain of Our Lady of Mercy.

The hills of the all-girls Syosset academy weren’t exactly comparable to Van Cortlandt Park’s rolling back mounds, but Spezia made it work.

"It was hard at first," Spezia said of running Van Cortlandt. "But, I just kind of got the hang of it, took the down hills down, and went from there."

Marie Naudus, Sacred Heart, Sr – Naudus was ninth at the CHSAA Intersectional Championships, running 16:48.3. She finished third in the season-opener in 16:59.89 and is the twin sister of the boys runner of the year, Frank Naudus.

Kelly Parker, St. Anthony’s, Sr – Parker came out of the gate strong, winning the season-opening 4K race at Our Lady of Mercy Academy in Syosset in 16:51.58. She was eighth at the Intersectional Championships in 16:47.7.

Caelan Schretzmayer, St. Anthony’s, Jr. – Schretzmayer was key to the Friars first Intersectional team championship since 2013. She finished sixth in 16:41.4 at Van Cortlandt Park in the Bronx.