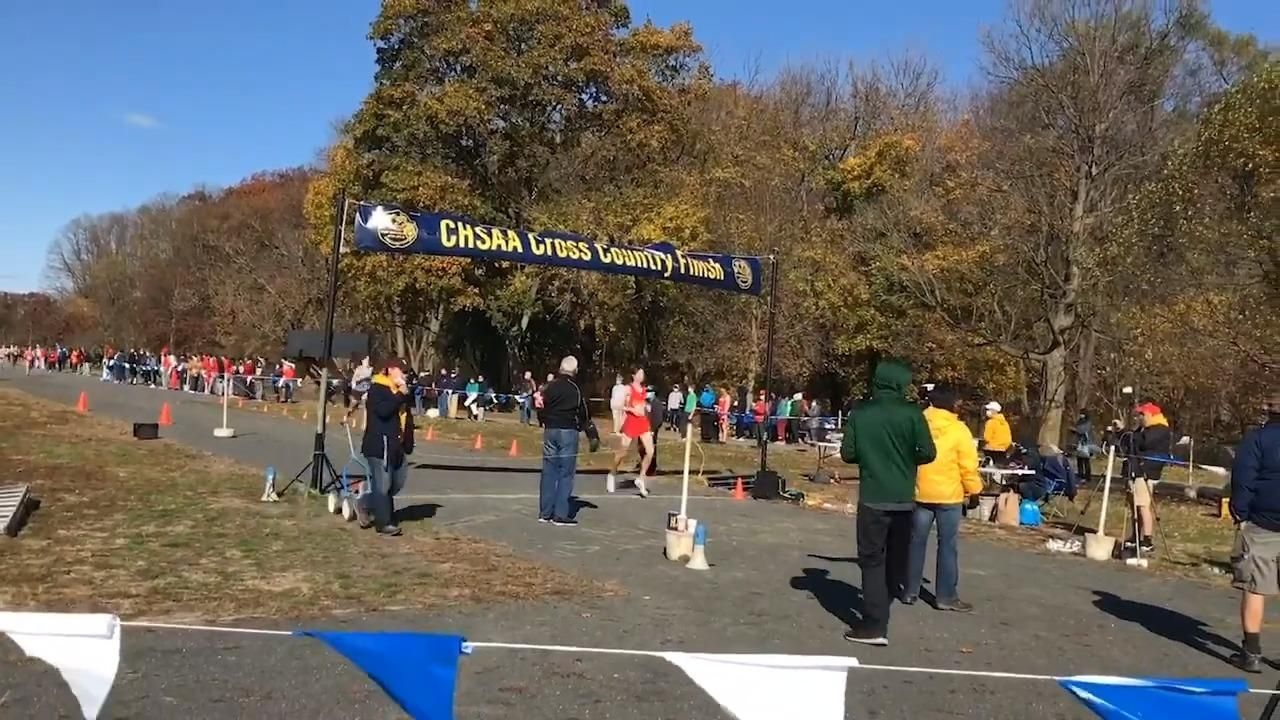 Chaminade’s Michael Cahill called the cancellation of the spring track season ‘a nightmare.’ He’s certainly not alone. But, after an outdoor season that was completely wiped out by concerns about the COVID-19 pandemic and a summer where the fate of the CHSAA cross country season remained uncertain, Saturday afternoon sure felt good.

Chaminade, coming off a CHSAA league championship two weeks ago, won the prestigious Intersectional title with 51 points at Van Cortlandt Park in the Bronx. It was Chaminade’s first Intersectional championship since 2013, said assistant coach Brian Hayes.

"This win is so relieving," said Chaminade’s Jake Orfano, who was 11th in 13:52.5. "After a cancelled spring, and even cross country season being on the rocks, having this win certified that our team was one to beat."

The race marked a return to the hilly terrain of Van Cortlandt Park, a definite change from the relatively pancaked plains of Our Lady of Mercy Academy in Syosset — which hosted three meets this fall, including the league championships.

Naudus said he was concerned about the hills entering the race, having trained mostly on flat ground in Long Beach this season. But, in a move that was true to his usual style, Naudus said he used the hills to move up in the pack.

"I try to always go out conservatively and pick people off as the race goes on," said Naudus, who lives in Island Park. "Once we got to the back hills, I was in [about] 10th place. I just kept picking everyone off that I could."

As Naudus came off the hills and into the final straight, he said he was conscious of Xavier’s Michael Hawkes, who was hot on his trail. Hawkes was held off, however, and finished fifth in 13:26.9.

The second half of the race was where Chaminade really separated themselves. Cahill said that he remembered taking his foot off the gas on the back hills of last year’s Intersectional championships and wanted to make sure that didn’t happen again.

This time around, he gave it all he had and was treated to a potentially lifelong memory.

"That third quarter of the race, I gave a really big push," Cahill said. "25 years from now, I won’t forget those three minutes."