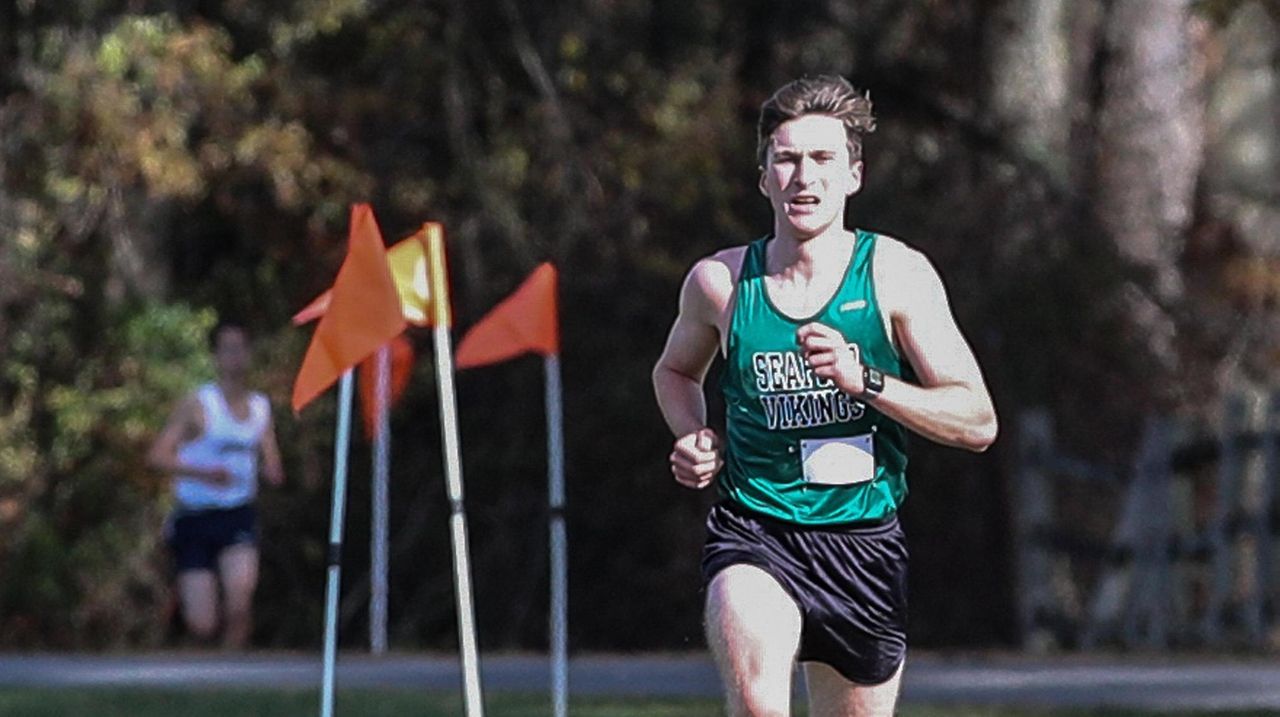 Every muscle in Jason Linzer’s body was screaming for him to break 16 minutes. As the Seaford senior rounded the final turn onto the home straightaway, he knew he had a shot at it — and so did the crowd. Fans, coaches, and teammates alike screamed their hearts out for Linzer as the clock ticked upward and Nassau’s top high school cross country runner moved forward.

When the proverbial tape was broken, Linzer had just missed. But that didn’t make it any less satisfying. Linzer ran the 5-kilometer course in 16 minutes, 2.46 seconds to win the Class B race at the state qualifier meet at chilly Bethpage State Park Saturday morning.

Although the time left his ultimate goal unfulfilled, it was the fastest time of the three-race day by a 14.65-second margin and qualified Linzer for the public school state championships, scheduled for Nov. 16 in Plattsburgh. The time also was a personal best, Linzer said.

“I’m very happy with how I did,” he said. “I ran my heart out in that race. Sometimes you can’t get the time. But after that race I felt like I had nothing . . . That’s a great feeling to have after running a race, knowing that you gave a lot, almost all.”

Linzer said he took the race out a little slower than he did last week at the Nassau class championships, running the first mile in 5:09.

“I think that was better because I pushed the middle mile and made it a 5:03, because I went through the two-mile in 10:12,” he said. “The second mile is a lot of downhill. So I think that balancing of effort between those first two miles allowed me to run faster.”

Linzer also credited Hewlett senior David Durdaller, second in 16:29.84, with pushing him in the opening mile.

Manhasset won the Class B team title with 41 points and will be headed up to Plattsburgh. Daniel Maass was the highest finisher, placing third in 16:41.76.

“I was expecting to be alone,” Tardugno said. “But I still got out pretty fast and finished hard, so that was good.”