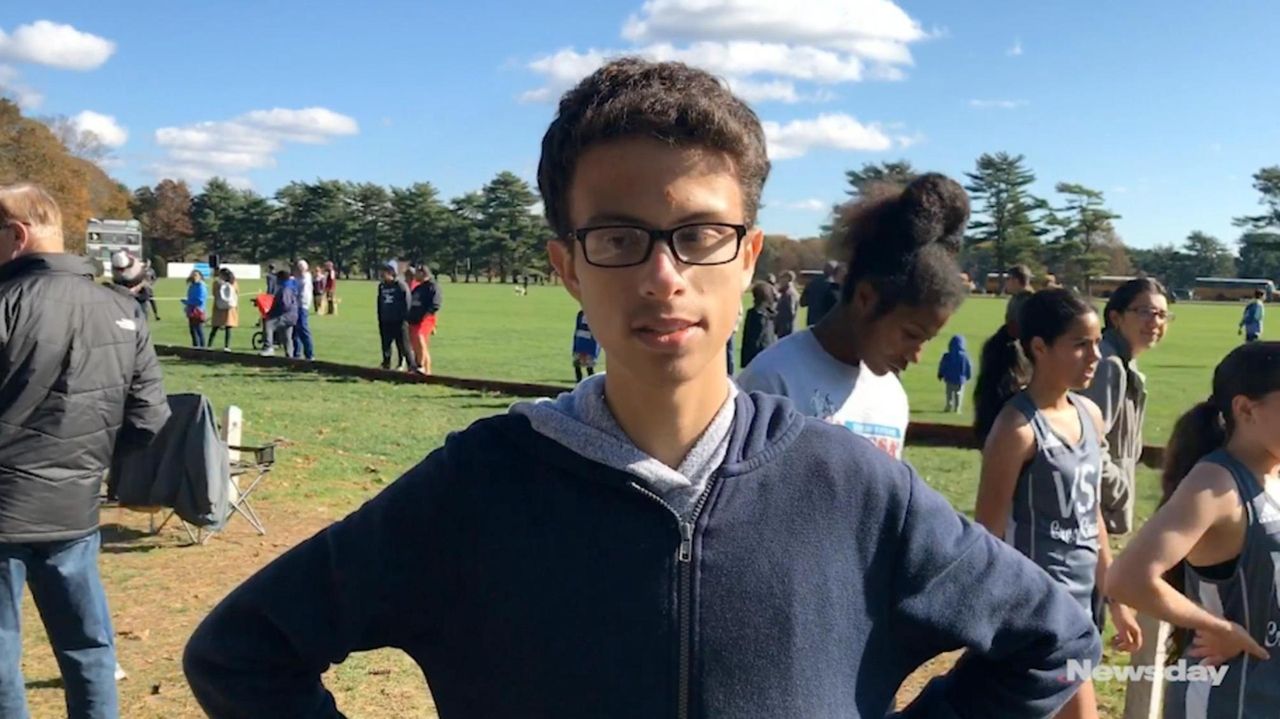 Justin DePinto’s Nassau Class I cross country championship was rooted in disappointment. After injuries derailed the beginning portion of his junior season, he failed to qualify for the public school state championships last year. The sting stayed with him through two track seasons and summer training.

“As soon as last year ended, I said, 'All right, that’s not happening,' " said DePinto, now a Syosset senior. “ ... I used last year as fuel. Every single day, I was thinking about how disappointed I was last year”

That disappointment has morphed into joy. DePinto ran the fastest time of the day, winning the Class I title in 16 minutes, 7.36 seconds at the Nassau Class County Championships on the 5-kilometer course at Bethpage State Park Saturday morning. Farmingdale junior Anthony Diaz was second in 16:14.22.

“It went out a lot faster than I expected,” DePinto said. “Anthony Diaz is a tough kid and he had a great race. He took it out in 5:07. I was not expecting it to go out that fast, so on the first two miles I was just relaxed, kept running my own race, and luckily after two and a half miles, things started to shake up and I kind of broke away a little bit.”

The Braves won the team championship with 47 points. DePinto’s teammate Hunter Pick, a senior, was sixth in 16:44.74 and senior Alex Rangell was eighth in 16:52.44.

Seaford senior Jason Linzer clocked a 16:07.84 en route to a Class III championship. Linzer ran most of the race alone, a big difference from past year’s when he battled it out down the final straightaway with North Shore’s Jack Rosencrans. But, with Rosencrans graduated, it was up to Linzer and his trusty watch to pace himself along the sun-splashed trail. Linzer did that effortlessly. The time was a personal best, he said.

“Last year I ran with Jack Rosencrans and got a PR,” Linzer said. “The fact that I ran faster than that now, by myself, is a really good sign that I’m in good shape. I know that, at states, they’ll be a lot of competition there and I’ll be able to really push myself.”