Sabrina Spezia of St. John the Baptist smiles as she legs out a victory in the Nassau-Suffolk CHSAA varsity girls cross country championship at Our Lady of Mercy Academy in Syosset on Saturday, Nov. 1, 2020. She finished the 2.5 mile race with a time of in second place with a time of 16:10.65. Credit: James Escher

Sabrina Spezia could see it in her mind’s eye. There’d she be, running down the final hill of the new course at Our Lady of Mercy Academy in Syosset, the wind at her back and a league championship in her sights. She could see it just fine, but could she do it?

Although the vision probably included sunny skies and crisp temperatures, not the rain and general dreariness that Sunday afternoon brought, the end result remained the same. Spezia, a St. John the Baptist senior, won the CHSAA league championship in a commanding 16 minutes, 10.65 seconds on Our Lady of Mercy’s 2.5-mile course.

"I knew I could," Spezia said about the victory. "It was just actually doing it that was the hard part. I knew there was a chance, but putting into action was pretty hard." 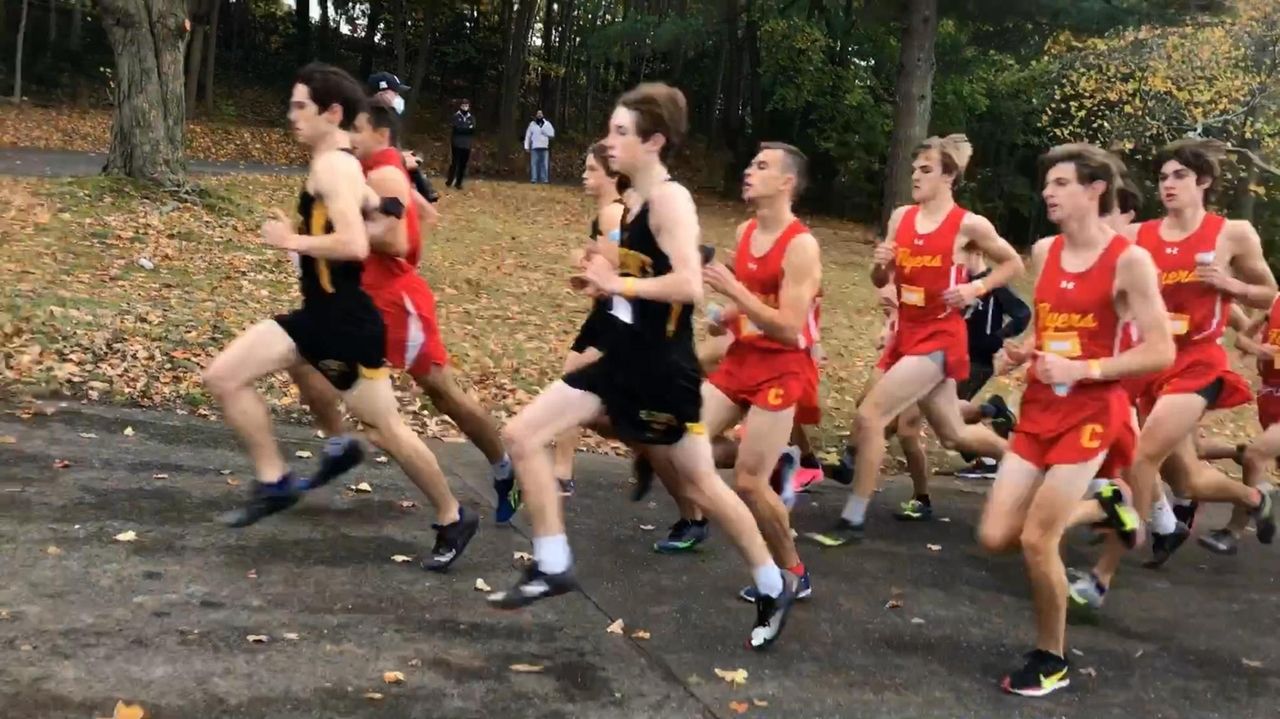 Not hard enough, though. Spezia said she pulled ahead of the field toward the end of the first mile and spent the next mile-and-a-half trying to hold on.

"I just wanted to hold that pace," Spezia said. "…The whole time, I did not want to get passed."

Spezia said she spent the opening mile sizing up the field and making sure she was positioned correctly.

"I knew the people who I should be around, the girls that are about the same speed as me," Spezia said. "I wanted to set up around them and then take off from there."

The championship marked the culmination of nearly seven months of uncertainty. Spring season was cancelled across Long Island because of the COVID-19 pandemic. Then, after watching both Suffolk and Nassau public schools postpone their fall seasons, CHSAA runners opened their schedule in mid-October.

"It means a lot that I was able to race with my girls, because I didn’t know if we were going to be able to," Spezia said. "That just makes me happy."

Her championship was won on a course that is still somewhat new to CHSAA athletes. The Our Lady of Mercy paths made their debut on Oct. 10. Although it was only Spezia’s third race on the trails, she said she felt ‘100 percent’ more comfortable on them than she did three weeks ago.

"It’s different, but different is good," she said of the course.