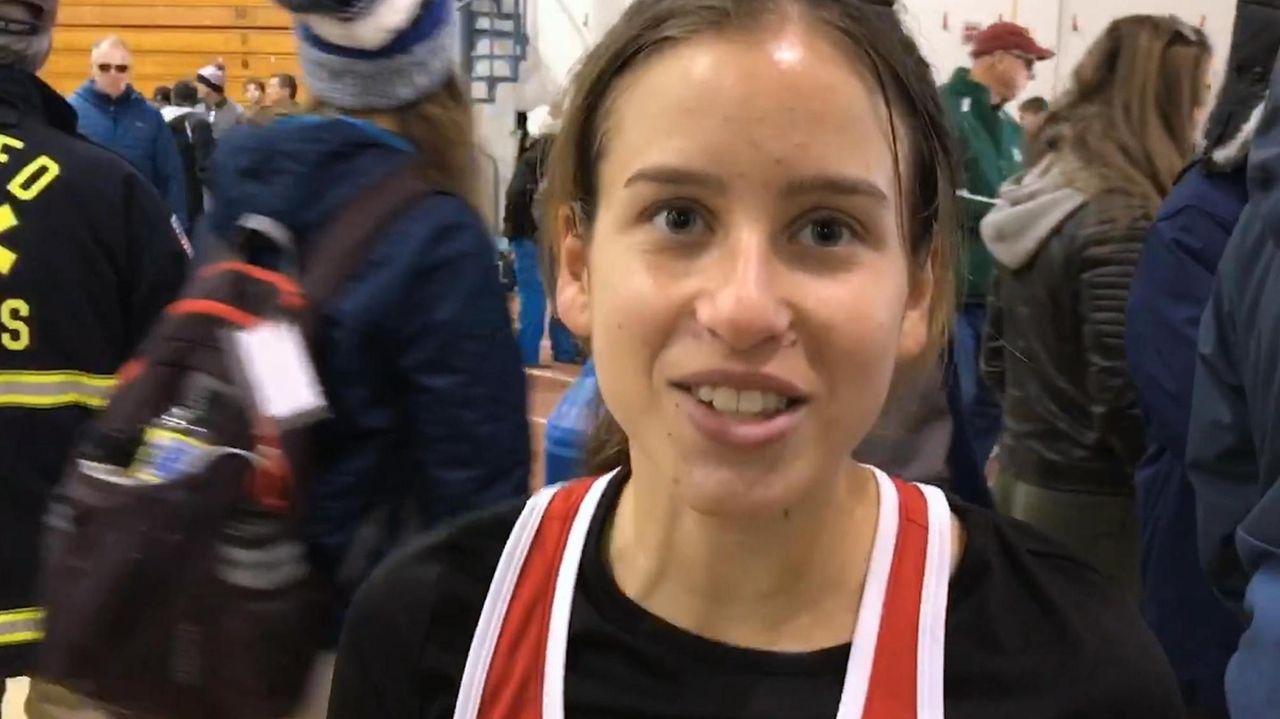 Due to snow and ice on the ground, the normally 3.1-mile course was shortened to approximately 2.8, according to state Public High School Athletic Association executive director Dr. Robert Zayas.

“It’s not far from a regular [5K], so you never really felt like it was shorter,” Connelly said. “But the finish line did come quicker than I expected.”

It was 13 degrees about an hour before the event, which consisted of eight boys and girls races divided into four classes per gender. Temperatures rose about 10 degrees by the time Connelly ran at 11:30 a.m.

Connelly, who will run at Syracuse University next year, wasn’t bothered by it at all.

“I love to run in the cold,” Connelly said. “I was happy that it was in Plattsburgh.”

Connelly’s title defense featured none of the final 100-meter drama of her first title at Sunken Meadow State Park last year. While Connelly had to come from behind to outsprint Syracuse Christian Brothers Academy’s Olivia Morganti to win last year, Connelly said that she broke away from the field after the first mile this time around.

And she won handedly.

“I felt really good throughout the race,” Connelly said. “It went out really fast. I was not expecting how fast it got out, but I stuck with the pack in the beginning, worked my way up to the front and opened up from there.”

Connelly estimated that she went through the 400-meter mark in 65 seconds.

The SUNY-Plattsburgh course, although blanketed with snow, was fairly flat, a welcome change from the hilly Sunken Meadow 5K that Connelly won a championship on last year and has mastered.

“There were inclines, but nothing like [Sunken Meadow’s] Cardiac [Hill] and no hills that were tremendous,” she said. “Every incline that I saw, I just sprinted the beginning to get up that hill as fast as I could because I feel like I’m a little stronger on hills than other people. I came over the finish line and the only thing that was bothering me were my hands. My hands were freezing.”

Connelly said she will most likely forego the state Federation championship next weekend and focus on Nike Cross Regionals, scheduled for Nov. 30.

North Shore’s Nicole Schneider was eighth in Class B in 17:38.5 and Pierson’s Penelope Greene was seventh in Class D in 18:09.9.