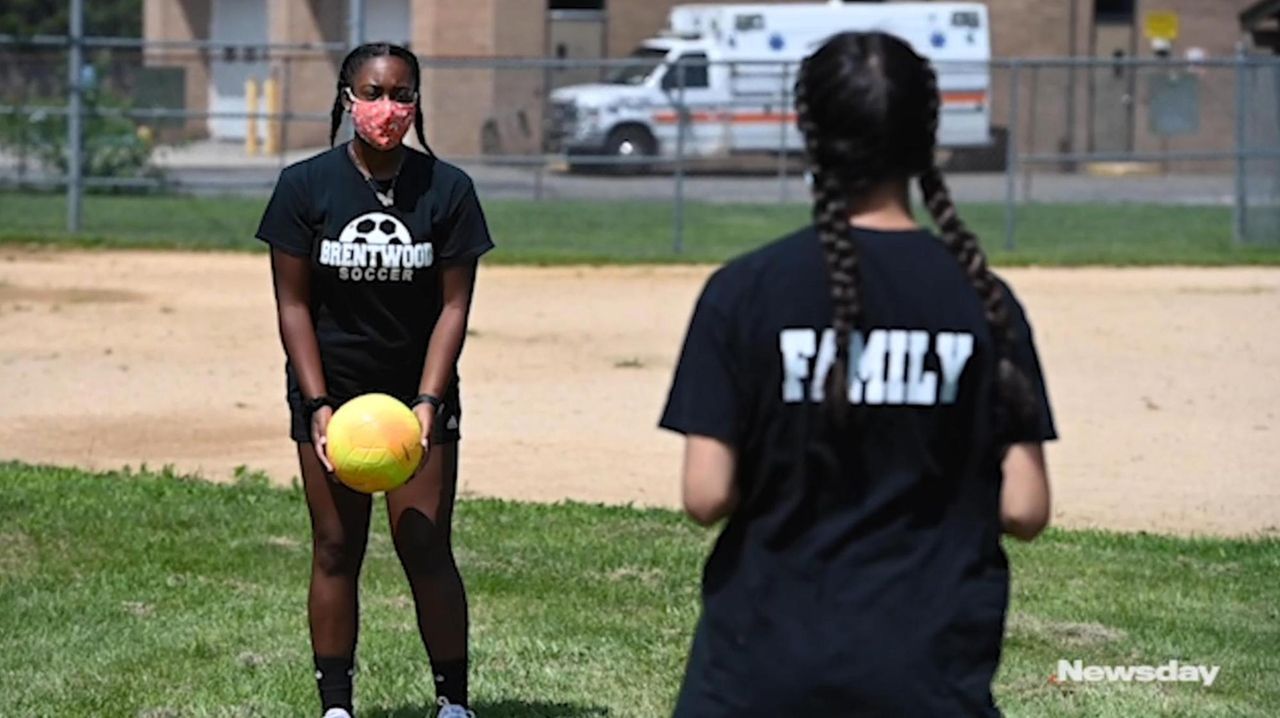 Gov. Andrew M. Cuomo issued guidelines on Monday that open the door for the return of high school sports, which were abruptly halted in the second week of March by the COVID-19 pandemic.

Players and coaches on Long Island were encouraged by the governor's announcement, but sports officials from both Section XI (Suffolk) and Section VIII (Nassau) said there are obstacles to overcome, including the approval of school districts. All may not choose to participate.

Cuomo said during his morning news conference that “the guidance we’ve come up with is this: what’s called lower-risk sports – tennis, soccer, cross country, field hockey, swimming – in all regions of the state can practice and play starting September 21,” as long as Department of Health protocols are followed and local school officials deem it safe.

Higher-risk sports may begin practicing on Sept. 21 as well, but high-risk sports – such as football, lacrosse and volleyball – cannot play games until a later date or Dec. 31, according to a press release issued by the governor's office Monday afternoon. Those sports are restricted to "individual or group, no- to low-contact training,” the press release said. 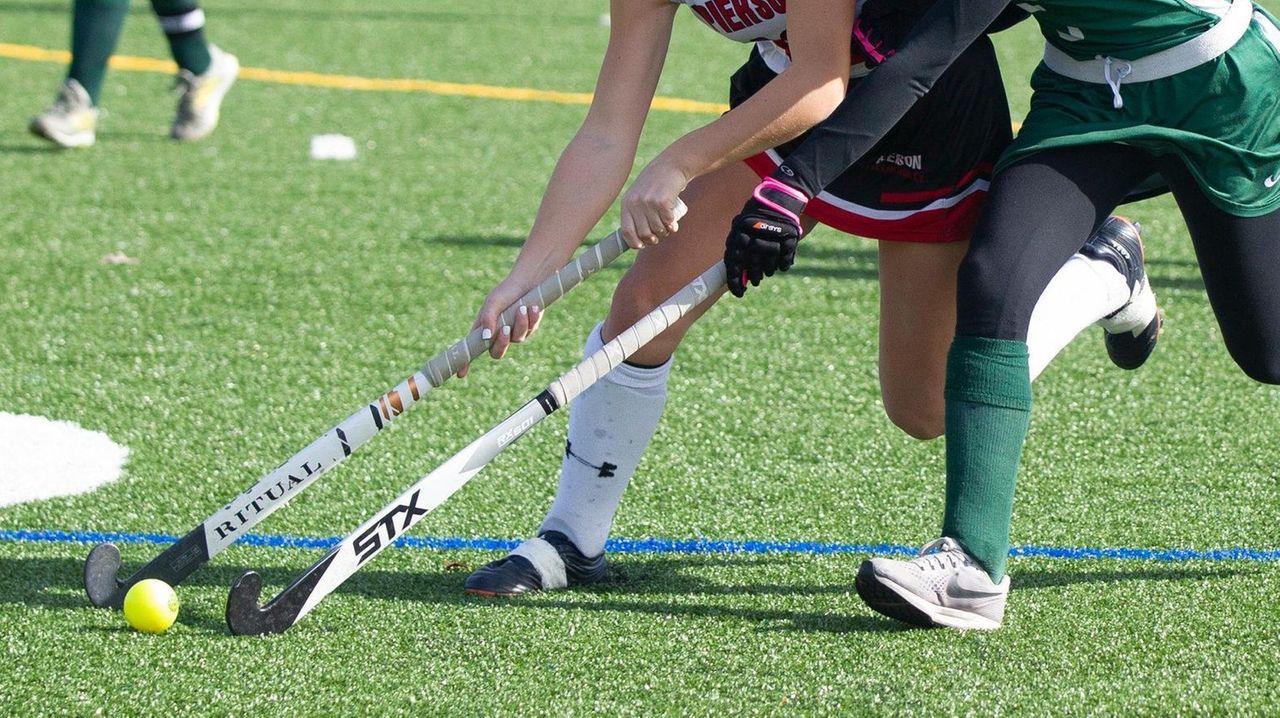 Cuomo: Some HS sports can start 9/21, but not football On Monday, Gov. Andrew M. Cuomo announced "low-risk" sports such as soccer, field hockey, tennis, swimming, cross country are approved to start practicing and playing on Sept. 21. "Higher-risk" sports such as football can practice but are not authorized to play games yet. Credit: News 12 Long Island

All scrimmages and games must be played within a school’s state geographic region – Nassau and Suffolk counties are one region – at least through Oct. 19. Fan attendance also will have restrictions.

“There were a lot of people that were thinking that we weren't going to have the opportunity to participate in anything this fall,” said Robert Zayas, executive director of the New York State Public High School Athletic Association. “So when you look at what was announced today, trying to keep things in perspective, for our fall sport athletes . . . those kids will officially get to start a season on September 21.”

Zayas said he will meet with section directors and officials Tuesday morning and then has an afternoon meeting with the COVID Task Force, which is comprised of high school sports officials from around the state and was established to help plan for the safe return of high school sports. Expected topics will be the number of required practices before competition, the number of games permitted, who and how games will be officiated and the many questions about locker rooms and social distancing.

“We are a long way from starting a sports season as there are many committees that must review the Governor’s comments to clarify and decipher exactly what was stated and the consequences of the proposal,” wrote Tom Combs, the executive director of Section XI, the governing body for high school sports in Suffolk, in an email obtained by Newsday.

Pat Pizzarelli, executive director of Section VIII, the governing body for high school sports in Nassau said, “We will hear from the state and the task force tomorrow and then there will be a superintendent’s meeting on Wednesday. After that, everyone will have a better idea of what we’re doing in Nassau.”

Cuomo's plans to reopen the state have gone in phases, and schools have been no different. Schools would re-open – in an assortment of forms – and then, infection numbers permitting, sports practices could start.

“We’re doing this in phases,” Cuomo said. “We want to see what the effect is, we want to see how it works. Schools opening in general is a big question mark. What could the effect be?”

Cuomo's announcement also brought hope that teams will be back on the field this fall.

“I love hearing there is a glimmer of hope that our kids are going to be able to play again – and safely – but (we have) to come back to some type of normalcy for these kids,” Westhampton athletic director Kathy Masterson said. “It would be very easy for Governor Cuomo to say, ‘We are going to put this on pause and we are not going to do anything until we see how kids come back to school.’ And that could happen, too. If we come back to school and things don’t go the way they are supposed to, we could get shutdown again. But it does give us some hope and it’s going to give the kids hope, which is most important.”

“Honestly, I am surprised and I’m really excited,” said Kaitlyn Chandrika, who runs track in all three seasons at Mount Sinai. “We would get a good month or so of training and some (cross country) competition. . . . For me, I get to really build a good base for, hopefully, winter and spring track.”

The release from the Governor’s office outlines fan attendance restrictions as follows: “Schools will have to limit capacity of indoor facilities to no more than 50 percent occupancy and limit spectators to no more than two spectators per player, in addition to implementing social distancing and face coverings.”

The questions still to be answered are numerous. If a school does entirely remote learning will it play sports? In a school that uses a hybrid learning model – some in-person and some online – how do student-athletes get to the school on days they are remote? Do school districts have the funding for the buses needed for a team to travel to a road game with socially distant guidelines?

“I had been adamant that I did not want to have students faced with a similar situation that our spring sport athletes had last year and today's decision does just that: it affords kids the opportunity to participate,” Zayas said. “It gets them back into an active setting with their friends and their coaches on a school campus. And I think those are important things in these uncertain times. You’ve got to find the victories where you can and today is certainly a positive.”

Cuomo: Amid low COVID-19 infection levels, NY to test people at airportsThe Port Authority of New York and New Jersey and New York City Health and Hospitals will set up new testing sites at Kennedy and LaGuardia airports, Cuomo said. De Blasio: City schools can reopen safely using outdoor spacesThe outdoor learning program will prioritize the 27 communities hardest hit by the coronavirus pandemic, Mayor Bill de Blasio said. See your school district's reopening plan, start dateSchool districts across Long Island — which will open on one of nine days in September — have submitted their plans to New York State on how they expect to reopen their doors to students. See what percentage of people around you are fully vaccinatedSee vaccination rates by ZIP code, and more COVID-19 data.