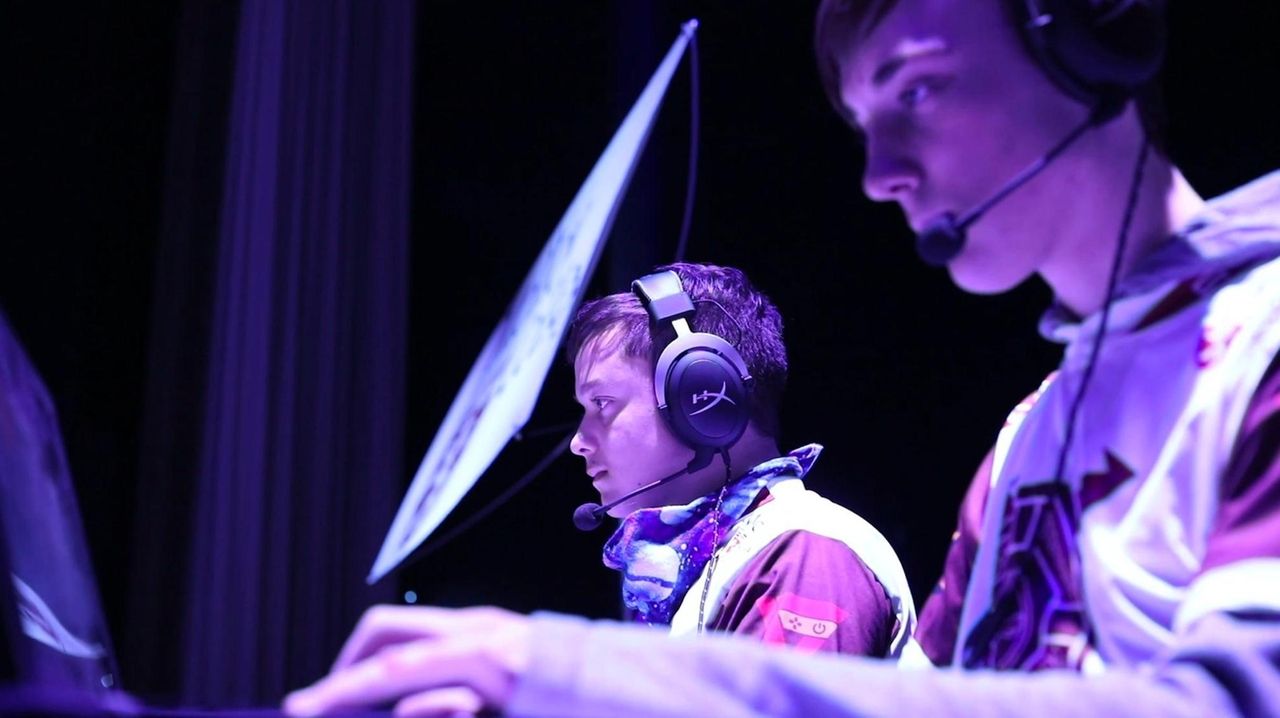 When Mike Masino made the two morning announcements inviting kids to Bay Shore’s newest after school program, he expected a few students to show up. The computer science teacher figured that they’d play video games in his classroom for a couple hours, maybe make some friends and learn a few skills along the way.

What he got was a line snaking out the door – football players, members of the math team, students who had never participated in extracurriculars at all. There were 127 of them, all interested in esports – competitive video gaming that, in the last few years, has become a billion-dollar industry.

“I had no idea about any of this stuff,” he said, now two years later, and preparing to watch his Bay Shore gamers take on three other Long Island high school Esports teams at the Esports Invitational at Molloy College on Friday night.

“My favorite part is that we get all these kids together. They’re all so different ... Kids who would never talk to each other are friends. They’ll go out together on the weekends. We have teams that could be a ninth grader that’s never participated in anything ever, playing with an 11th grader on the lacrosse team, playing with a sophomore that’s on the math team. They’re kids that would walk right by each other in the hallway and now they’re friends.”

That was certainly on display Friday, as Bay Shore, Sachem, Syosset and Lawrence-Woodmere played against each other in the "Overwatch" game as part of a series of dual meets in the Madison Theatre in the heart of the campus. Teams also played "Rocket League" and "League of Legends," and there was a separate "Super Smash Bros." tournament going on upstairs.

The tournament, at times, took on a raucous atmosphere, with cheers and shouts from the onlookers at Molloy. On the stage, 12 gamers – two teams of six – in black gaming headsets clicked furiously as the giant screen behind them showed the game’s progress, each face the picture of intensity, and lit up with the blue glow of the laptop in front of them. All the while, two casters – esports’ version of a commentator – jubilantly shouted play by play and reactions, while members of the gallery hooted, cheered, and yelled out gamer handles. At least three people brought thunder sticks.

“When you play online, you could be halfway across the world from someone," he said. "You never know where they are. You might not ever know what they look like. But when you’re in person, even if it’s a competition, you can still high five the other team, high five your teammates, give your teammates a pat on the back. It’s a lot more motivating.”

There are over 2,000 schools nationwide that are part of the High School Esports League, or the HSEL, and 26 of them are on Long Island. Of those 26, Bay Shore is considered on the forefront, thanks to Ryan and Kyle Champlin, and their dad, Chris, who wanted a way to bond with his sons.

“I put my kids in wrestling and jiu jitsu and they hated it and it turned them off sports,” said Chris, who attended Syracuse on a wrestling scholarship, and hoped to imbue his sons with his same love of athletics. “I wanted to take them to a Jet game and they had no desire to go to a Jet game, so I said, what do you want to do? They wanted to go to the ESL Championship and I had no idea what it was, but it was Barclays [Center] and I had to scalp tickets to go, and it was video games.”

“At that point, I was like, I’m only going to have them for a couple more years [until they go to college]. I’m never going to see them on a wrestling mat. Am I going to support them and be with them the next couple years, or am I going to be that dad [that says], ‘I’m out' ?”

Ryan received $5,000 from SUNY-Fredonia, where he’s a freshman and is helping to establish their esports team. Kyle, now a high school junior, plays on the Bay Shore team in Overwatch, in addition to acting with the theater department. On Friday, he shuttled from a production of “Noises Off,” right to Molloy, where he also competed.

“It’s one of those things where [esports helps] with general skills,” Kyle said. “You learn a lot of communication. Kids who wouldn’t usually join a sports team can learn these team skills that they could really need later on in their careers and lives. I do a lot of acting, I helped out with casting a bunch of times, I do some of that. I’m a vice president [of the team]. I do a lot of management stuff. I’m going to try to run for president next year ... You get a bit of everything, which is what the best clubs have.”

The Champlin kids also seemed to learn how to advocate for themselves, reaching out to companies for funding and equipment. Masina said Microsoft has been pivotal and awarded Bay Shore with the Empower Possibility Grant – 10 gaming computers, which generally run thousands of dollars each, and five Xbox Ones with carry cases and screens, which run at around $300 each. With Chris’ help, Bay Shore also helped establish “Microsoft Mondays,” where the kids get together to play at the Microsoft Store in Garden City’s Roosevelt Field Mall.

It’s also afforded their students – a group of gamers that has grown to around 200, Masina said – with a number of new possibilities. Justin Morales, a Bay Shore junior, is now a professional Rocket League player, under the handle “jstn.” According to esportsearnings.com, Morales has already made over $100,000 in winnings. The HSEL, meanwhile, has a fall, winter and spring season, and prizes for winning a fall major in one of the 30 games hosted by the league is $1,000 in scholarship money and three months of Xbox Game Pass Ultimate.

“Our esports team has given us an opportunity to meet our students where they are and allowed them to build a community within our school,” Bay Shore superintendent Joseph Bond said. “While on the surface, it may appear that they are simply playing video games, our students are learning communication, teamwork and leadership skills that are going to benefit them no matter what path they choose in the future. That is what education is all about.”

For some, it’s changed the course of their lives.

“There are a lot of people that I know now in the esports field and a lot of them I probably wouldn’t know if it wasn’t for this club,” said Garcia, who along with Morales is employed by NRG Esports. “It’s not like we just go home and it’s an excuse to play video games over the weekend. We get something out of the club other than just playing games. We’re getting out of the house. We’re exploring the world. We’re getting involved in the actual esports field and on top of that, we’re getting real life experience that will benefit us in the long run.”