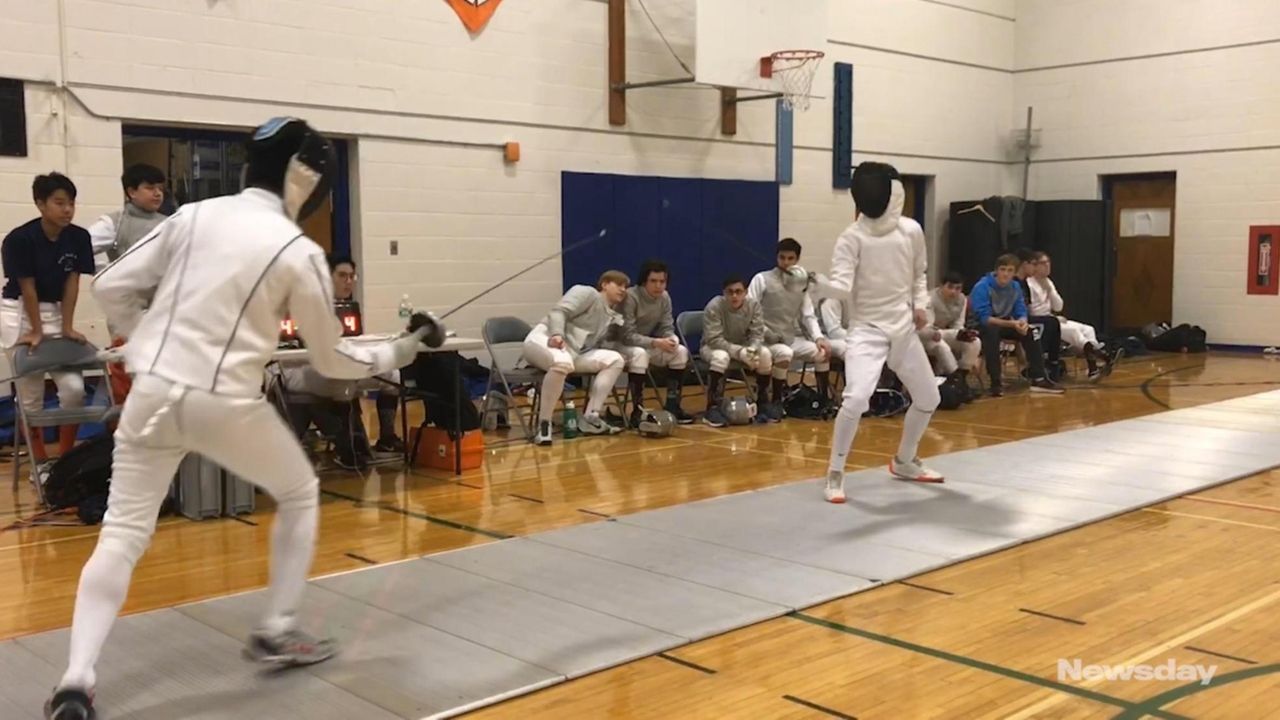 In the boys’ deciding epee bout, Edward Guo defeated Sean Maas, 5-4, earning the match-clinching point at 14-11. Tied 4-4, Guo waited patiently until Maas lunged, then slipped in the winning touch to secure the win.

South led 11-6, but Garden City won the next three bouts. Wins from Anthony Pei and Josh Magidson put Great Neck South ahead 13-9, but again Garden City chipped back with wins from Zach Ortiz and Sebastian Vazquez. It was a typical match in this longstanding rivalry.

“Between us and Garden City, it’s been back and forth for years, and it always comes down to the wire,” GNS coach Josh Baravarian said. “They always rise to the occasion and are very dangerous, and whether they have the better team or we do, we find ourselves focusing in on them a lot throughout every season.”

Guo’s clinching win comes as no surprise to his teammates. Along with Kevin Feng and Andrew Choe, they lead a strong epee team that has been the anchor in many of South’s wins this season.

“We are the last to go [after sabre and foil], so we are often the most relied on,” Guo said. “More pressure is put on us at the end, and it gives us a drive to do better.”

Great Neck South (11-0) got its second victory over Garden City (8-3) this season, and with just one match left, the win puts the Rebels in line for an undefeated regular season. Perhaps more importantly, it keeps pace with the GNS girls team, which also improved to 12-0 with a 20-7 victory.

“Both of us being undefeated gives us a lot of extra motivation,” Feng said. “So we just want to work harder so we can maintain that status.”

It’s a good situation to be in. The superior talent on both teams means practice is a daily opportunity to gain experience against top competition.

“When both teams are very good, it makes great training partners for us,” Baravarian said. “Gender has no bearing, the girls beat the boys all the time. It keeps them grounded.”