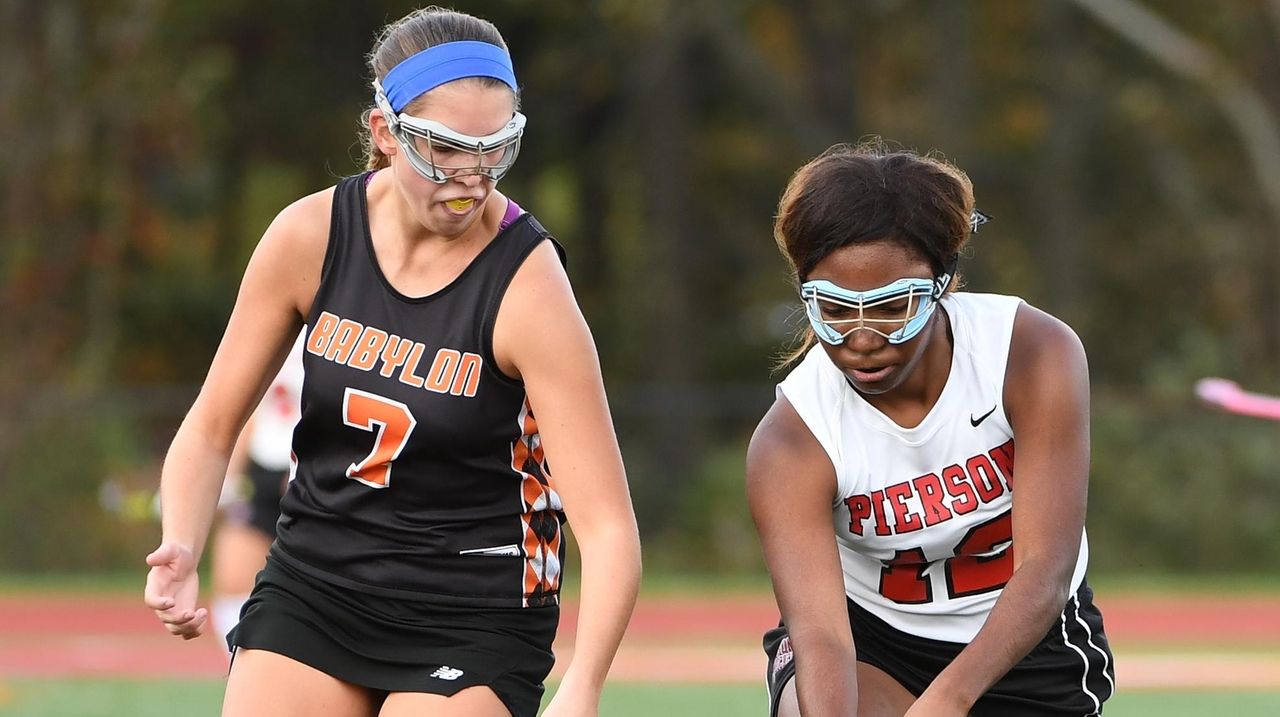 The top-seeded Whalers (5-10) earned a 4-0 win Saturday over No. 2 Babylon (5-11) in the Suffolk Class C championship at Half Hollow Hills West High School.

“I felt that we did a lot of passing,” Street said. “We capitalized on our corners, something that we were having trouble with for the season, but we got better today and hopefully we can continue this in the next game.”

Freshman Brooke Esposito opened the scoring with a goal at 20:36 remaining in the first half, with an assist from eighth-grader Abby Sherwood. Street tacked on her first goal at the 8:48 mark of the half, on an assist from Mahlia Hemby.

Hemby added a goal of her own with 2:32 left in the opening half. Claudia Patterson had the assist.

“We came out really strong and I just hope that we have the same enthusiasm next time,” Hemby said.

In the second half, Street scored a second goal at 23:14. The four goals are a season high for Pierson.

“We’ve had difficulty transitioning on the offensive end, our competition was very fierce this past season, being seeded very high,” coach Kim Hannigan said. “So to actually capitalize on our offensive opportunities really felt great, especially in a championship game to finish, that’s pretty awesome.”

Charlotte Johnson made three saves for Pierson. Sophia Levine-Aquino had 12 stops for Babylon.