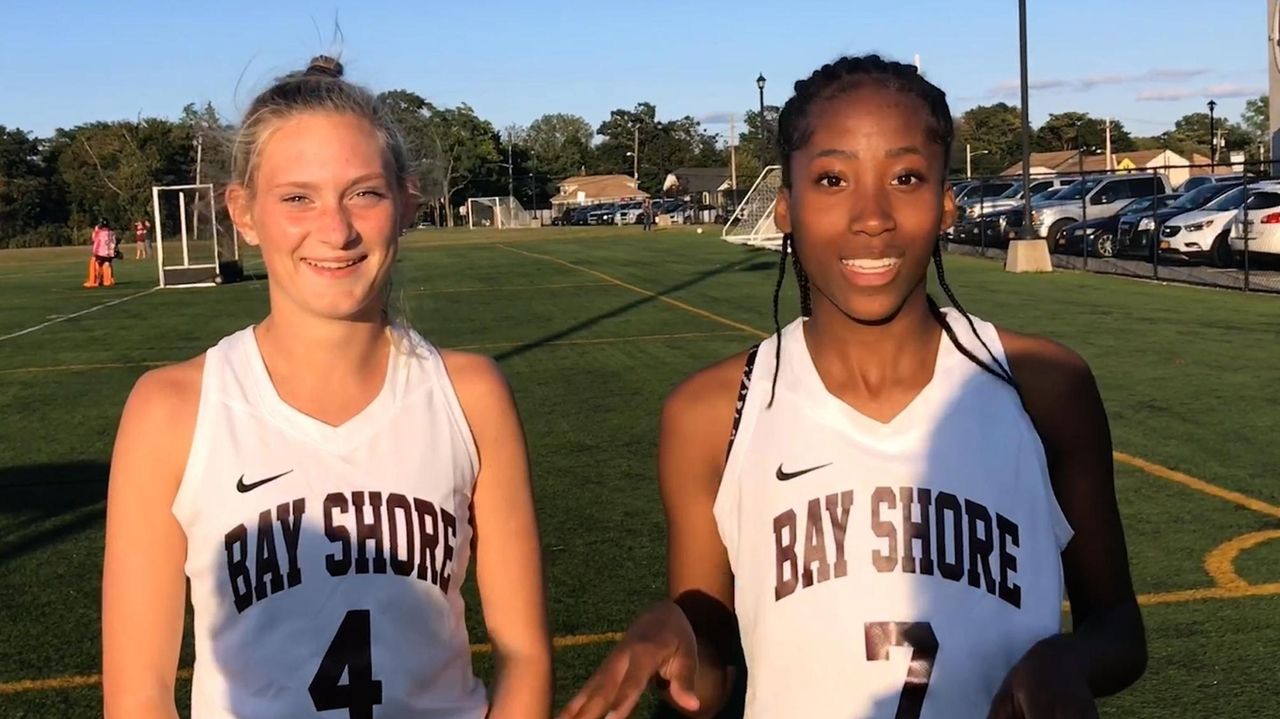 The Marauders held on for a 2-1 victory over Huntington in Suffolk I, weathering a late-flurry of Blue Devils’ offense and locking in on defense down the stretch. It was a win junior midfielder Megan Mattfeld said she believed made an early-season statement for Bay Shore.

“That was huge,” said Mattfeld, who gave Bay Shore a 1-0 lead with 20 minutes left in the first half. “In those final minutes, it was all about keeping calm. Our defense is so strong, and we were able to hold it together.”

Anna Wickey made it a one-goal game with 12:58 left, scoring off a Huntington corner. The Blue Devils had been held without a shot on goal in the first half, but Wickey helped turn the tide for Huntington, pushing the ball up field and setting Bay Shore (5-1) back on its collective heels.

Huntington (2-2) racked up five second-half corners, including two in the final 1:21 of play, but Bay Shore did its best to stay strong in front of the net. Goalie Avery Robinson-Becker recorded three saves in the second half and Bay Shore coach Mary Drago credited her team’s focus for helping hold the lead.

“We were patient and being able to calm down a little bit helped us out,” Drago said. “We’ve taken on the mindset of being more of a team and less about specific positions. That really helped today because people popped out of their individual roles to take on whatever the team needed.”

Despite Huntington’s late rally, Bay Shore controlled the game for much of the first half, jumping out to a 2-0 lead on Sydnee Booker’s goal with 5:01 left in the frame.

“I knew I had to get in front of the ball to get it into the net,” said Booker, who scored off an assist from Courtney Allen. “Right when it touched my stick, it was a quick hit to try and get the goal.”

It wasn’t an easy win, but Mattfeld said she was proud of the way the team played, particularly late, and hopes the Marauders can use the performance as a spark for the rest of the year.

“When you play a team like [Huntington] you want to focus on spacing, possession and communication,” Mattfeld said. “This showed that we’re not to be messed with, so we have to use this to our advantage.”