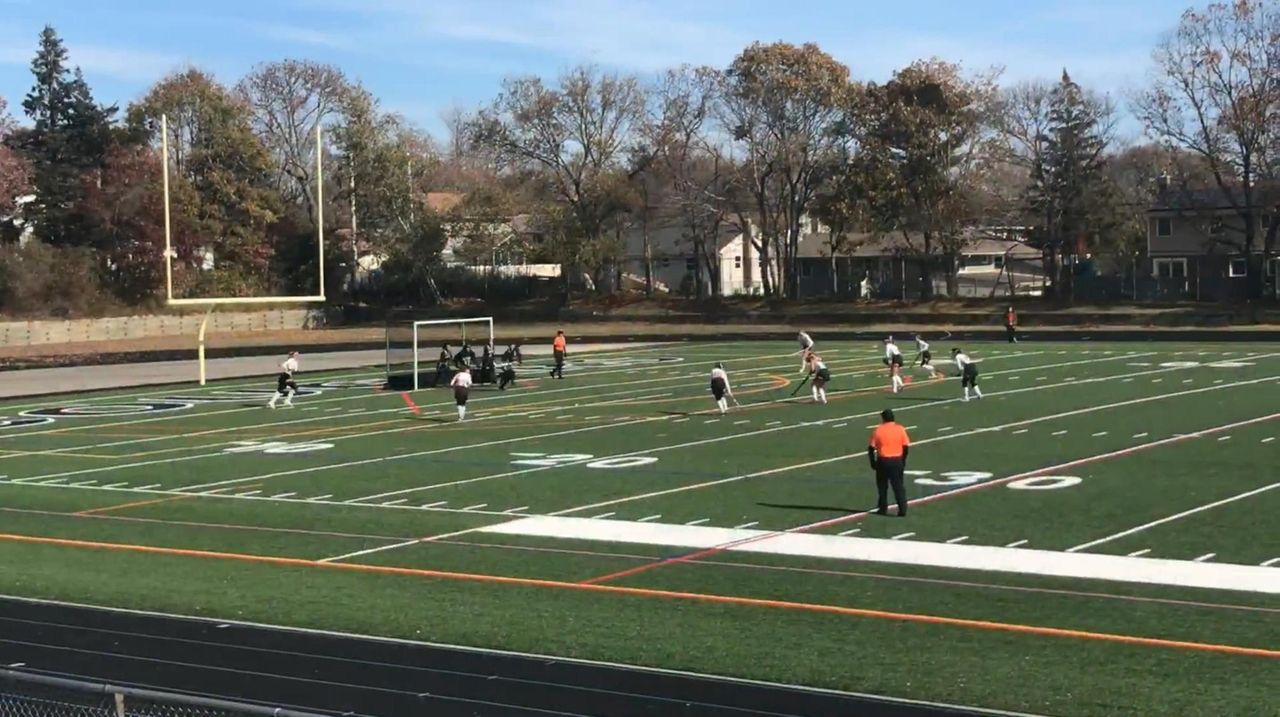 When Alexandra Nagy saw the ball land on her stick in Saturday’s Long Island Class C field hockey championship at Centereach High School, the Carle Place junior midfielder had just one thought: Get it back up the field.

Nagy cleared the ball with just over four minutes left, shutting down a late Pierson rally and leading Carle Place to its fourth straight title with a 1-0 victory over the Whalers. The win sends the Frogs back to the state semifinals to play Section II’s Johnstown at 10 a.m. at Williamsville-North High School in Buffalo on Nov. 16.

“It was so much adrenaline, and some butterflies, too,” Nagy said. “They were coming down and I knew there was a few minutes left, we couldn't let them score. It’s honestly such an amazing feeling to be going back to states again.”

Freshman Emma Zylberberg got Carle Place (8-7) on the board, scoring off a rebound in front of the net with 10:32 left in the first half.

“It just came off the [goalie’s) pads, I took my stick, turned and — boom. It went in,” said Zylberberg, who was called up to the varsity team from the junior varsity for last week’s Nassau County championship. “It’s my first playoffs I’ve been a part of and it’s really cool to have that experience.”

Zylberberg’s goal highlighted a quick start for the Frogs as Carle Place came out firing from the opening whistle. The squad racked up six corners in the first half and continued to bring pressure out of the break, peppering the Pierson (7-8) defense with five shots on net in the final 30 minutes.

“We had to keep our passing good, we had to spread the field,” Nagy said. “We knew that this was one of the bigger games and we had to work hard, so we all clicked together.”

Carle Place had chances to break the game open and coach Briana Rubenstein credited her team for its play on both sides of the field. Despite Pierson’s late rush, Carle Place didn’t give up a shot on net, allowing just one corner.

“They just knew that the ball couldn’t cross the 50-yard line,” Rubenstein said. “They wanted to keep the ball on their stick because then they could control the game.”

Now, the Frogs are ready to leapfrog the next challenge, looking to make a run at a state title after coming up short in last season’s state championship game.

“This year, I really just want to win it,” Nagy said. “For the seniors and everyone on this team, I think we really have it this year."