Emma Rascelles knew it was only a matter of time.

The Pierson freshman midfielder admitted it was frustrating to watch the top-seeded Whalers come up short on a handful of offensive chances in Saturday’s Suffolk C field hockey championship, so, when she lined up for the team's 11th corner of the game, she wanted to make something happen.

Rascelles did just that, scoring off an assist from Joyce Arbia with 6:37 left to lead Pierson to a 1-0 victory over No. 2 Babylon at Patchogue-Medford High School. The Whalers captured their third straight county title.

“I felt like it was the last time I could get the ball in and win the game,” Rascelles said. “I just shot it and hoped. I was overwhelmed.” 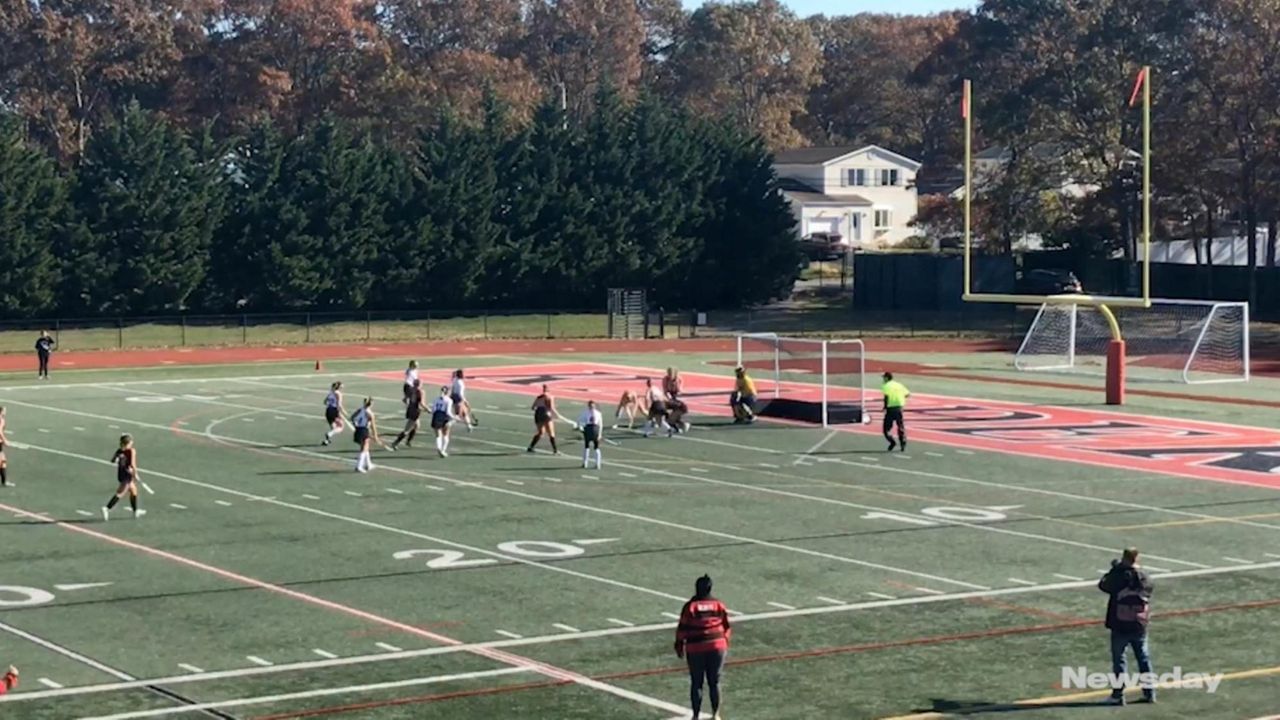 While Rascelles was able to break the scoring stalemate, Babylon (8-9) refused to go down quietly. The Panthers came close to tying the score with 4:01 left, but Pierson freshman goalie Maeve O’Donoghue stood tall in net, making one of her two saves on the day.

She continued to direct the Pierson (7-7) defense late, as Babylon recorded three corners in the final four minutes.

“We stayed on and marked up on all the girls,” O’Donoghue said of the Whalers’ defensive approach. “We got the ball out to the side, pushing it out to the sidelines and not just trying to get it around [Babylon].”

Pierson coach Nina Hemby credited her team for its play down the stretch, adding that the young roster shook off some early-game nerves to lock in during high-pressure situations. The Whalers have 12 freshman and eighth graders on this year’s team, with only two seniors.

“The first half of the game was all jitters, very unsure of where we were going to go and then toward the end they calmed down and were like, ‘We play field hockey this way,’” Hemby said. “Let’s spread the field, let’s pass, let’s shoot.”

Now, Pierson turns its attention to the Long Island championship and another opportunity, taking on either Carle Place or Oyster Bay on Nov. 9 at Centereach High School at 11 am.