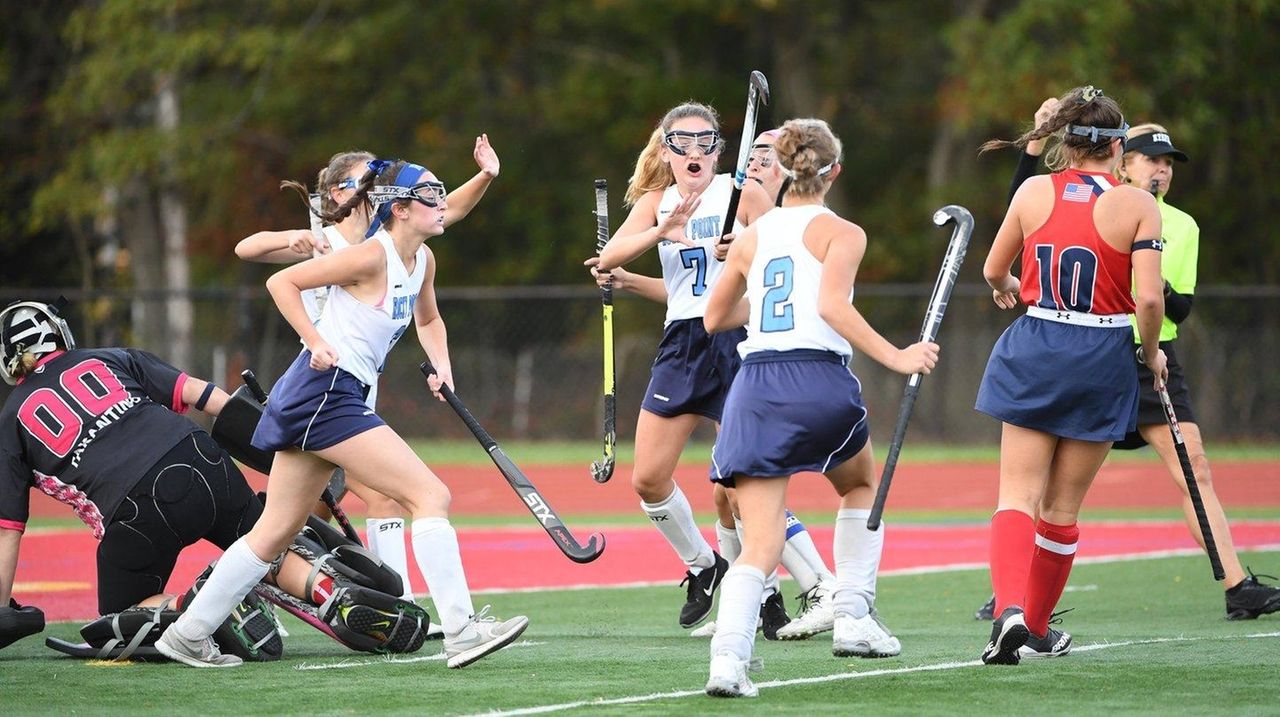 Bella Fusco’s pair of first-half goals led the Rocky Point Eagles to a trip to the Long Island field hockey championships for the first time since 2014.

“We’ve worked all summer running every single day just to be here,” Fusco said. “We wanted it so much more, because last year we didn’t win, unfortunately. It’s very well deserved.”

The Eagles’ defensive line swept away a chance on the goal line with 1:20 left in the first half, keeping Miller Place off the board.

Giammarella credited the victory to the motivation of her coach.

“As a senior I feel like it’s so bittersweet,” the forward said. “We worked so hard for this moment.”

The Eagles fell to Garden City in their last appearance in the Long Island championship.

“A lot of teams will focus on what other teams are doing and scouting, but we’re just going to do us,” Bittner said. “We’re going to do what we do.”