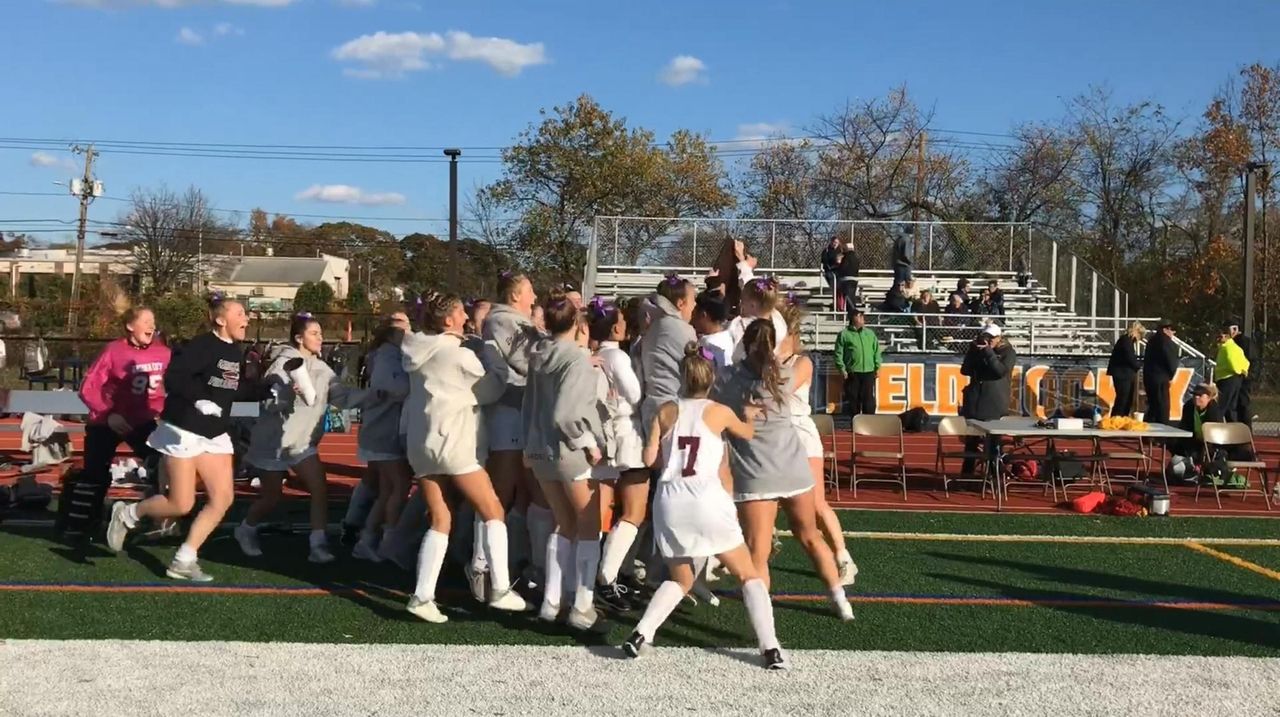 Kylie Tierney planned for this.

The Garden City senior midfielder scored the lone goal of the game Sunday afternoon, lifting the top-seeded Trojans to a 1-0 victory over No. 2 Manhasset in the Nassau Class B championship at Berner Middle School. Tierney tapped the ball in on a corner, off an assist from junior Sarah Killcommons with 11:45 left, and said the Trojans came up with the play ahead of the game, a change to their usual approach.

“Right before the game started, we switched up that corner, so I was going in on pads when Sarah was hitting it,” Tierney said. “The goal was for Sarah to hit it and I get a touch on it, which is what we executed, and it worked out perfectly.”

Garden City, which has won 25 county titles in the last 26 seasons, advanced to Saturday’s Long Island championship against Bayport-Blue Point at Centereach High School at 3 p.m.

“It’s exciting,” Killcommons said. “Our team this year, we’ve bonded so much from the beginning of the year and grown immensely from where we started.”

The Trojans (12-4) controlled tempo for much of the second half, looking for an edge after what Killcommons called a “hectic” start to the game.

“We focused more on composure and taking deep breaths,” Killcommons said of the Trojans’ second-half mindset. “We took advantage of using the other side of the field more and not forcing it. We wanted to finish.”

Tierney cashed in on Garden City’s fifth corner of the half, giving the Trojans that much-needed breathing room and a late-game boost of confidence as Manhasset (10-4) looked to tie it.

The Indians brought pressure late, finishing with five shots on the day, but Garden City’s defense locked in. The Trojans killed off a penalty in the final five minutes and coach Diane Chapman credited the squad for its play, saying the defense “kept us in the whole game.”

“Manhasset played an amazing game, phenomenal game,” Chapman added. “I thought our defense was solid and composed. We tried to hold [Manhasset’s] potent offense and keep them from scoring.”

County titles have become a habit for Garden City, which has hopes of defending its state championship this season as well, but after a close win the Trojans don’t want to rest on their laurels heading into the Long Island championship.

“We can’t lay on our heels,” Killcommons said. “We have to go out and give it all we’ve got from the beginning."