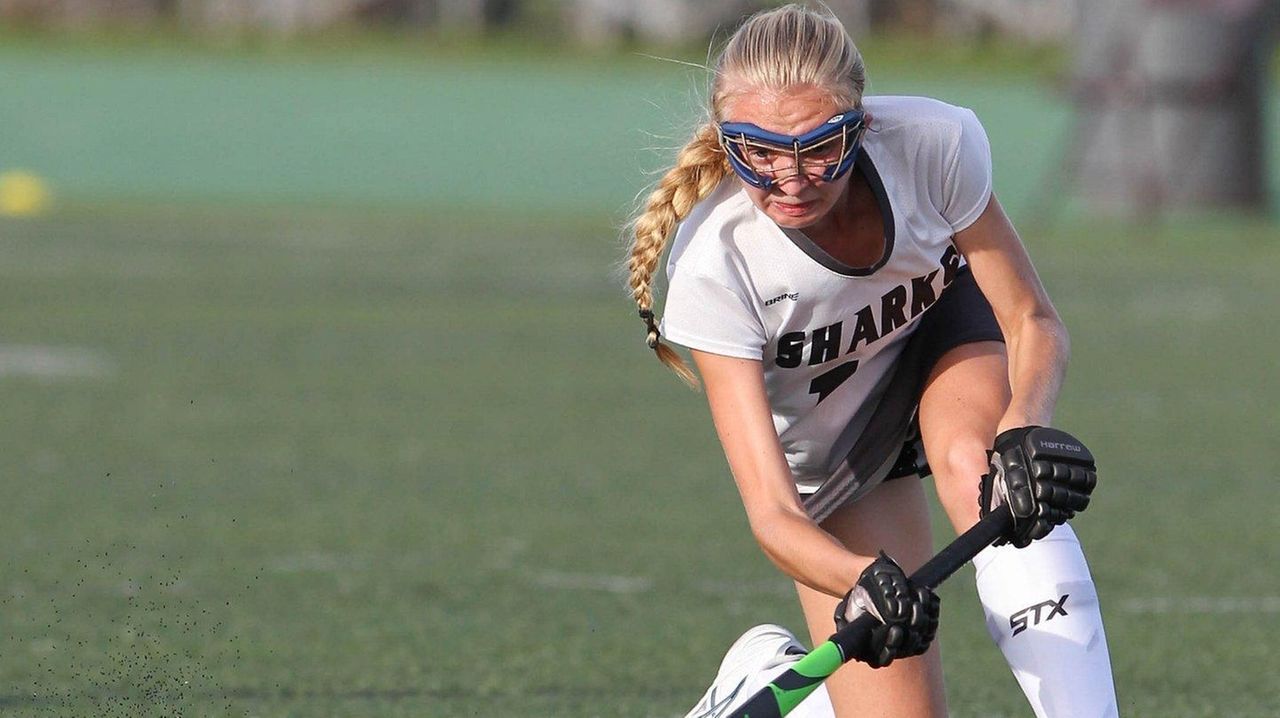 Eastport-South Manor did just that and still is undefeated — while having fun in the process.

After a 2-0 field hockey win over visiting Northport on Tuesday, the Sharks improved to 9-0 in Suffolk I.

“I think we really played as a unit,” coach Jenna Rickert said. “We have some really good passing patterns and the girls are starting to jell and come together as a team. They’re trusting each other to know exactly where they should be off-ball.”

Jessica Krewson opened the scoring with 24:36 remaining in the first half, taking a pass from Ellie Masera and converting a short-side sweep.

Jameson Margiotta tallied the second goal for the Sharks with 46.6 seconds left in the half, giving her at least one point in all nine games.

Masera contributed an assist on both goals and kept the mood light by bringing her new ukulele to the field before warmups and after the postgame huddle.

Goalie Paige Vinch recorded the shutout without being credited with a save, the sixth straight blanking by the Sharks.

Defensively, Rickert credited being patient and poised on free hits from their opponents for the team’s success.

“We do need to work man-to-man a little bit better,” Rickert said. “I had that conversation with them after the first half, and I think they were smarter with defense the second half, which made us successful, which was really nice.”

After falling in the Suffolk final last season, the Sharks have one goal, Margiotta said.

“Well since this is only our third varsity season, and right now we’re 9-0, we are focused on our record, but obviously we have one goal in mind and that’s to get back to counties and win counties this year,” she said. “This was a really important game for us because we actually lost to Northport two years ago in playoffs, and last year I think they were our closest game, so this is really a statement game and winning this shows us where we’re at.”