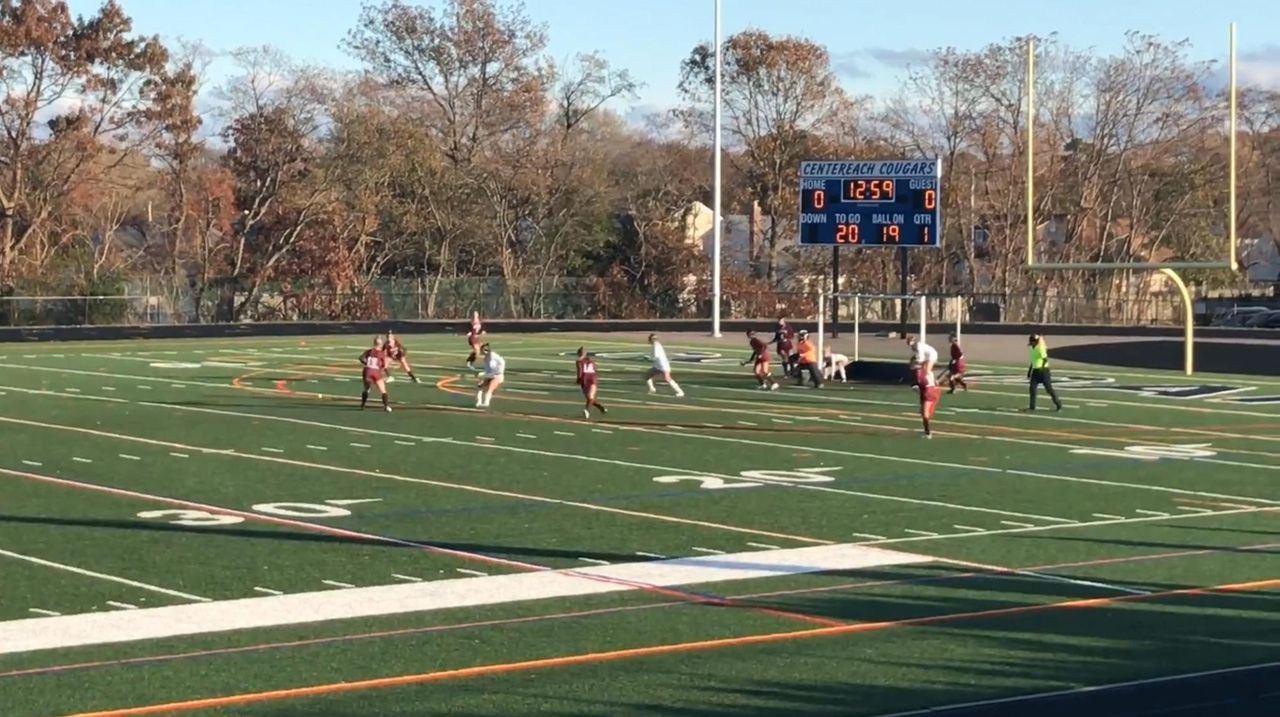 The Garden City field hockey team captured its seventh straight Long Island Class B championship Saturday afternoon, defeating Bayport-Blue Point, 2-0, at Centereach High School, but senior midfielder Kylie Tierney said each title is just as exciting as the first, a thrill of victory that the Trojans have come to relish.

Garden City returns to the state semifinal, Nov. 16, against Section IV’s Vestal at 3 p.m. at Williamsville-North High School in Buffalo.

“As a team, we all love to be out here,” said Tierney, whose second-half goal helped wrap up the win. “Since August, we’ve wanted this and we’re ready to go back to Buffalo.”

Junior midfielder Sarah Killcommons gave Garden City (14-3) a 1-0 lead with 12:54 left in the first half, scoring off the Trojans’ first corner of the game. It wasn’t a perfect play, and Killcommons said she “had to improvise” when she noticed the ball on her stick, but the goal was more than enough to give Garden City some early-game confidence.

“I just went to my gut and tilted my stick, so I could get the ball to go in,” Killcommons said. “We wanted to keep the offensive momentum going and get another goal.”

That was easier said than done, as Bayport-Blue Point (14-4-1) continued to bring pressure throughout the first half. The Phantoms recorded three first-half corners and nearly tied the score on a shot that sailed wide of the net just before the halftime whistle.

“They were a phenomenal team,” Garden City coach Diane Chapman said. “I think our defense stepped up, they did a really great job reading the play, able to intercept balls or try and stop them from getting a shot on the cage.”

Garden City’s defense held its own in the second half, slowing Bayport-Blue Point’s rushes and keeping the Phantoms from finding the back of the net. The Trojans didn’t allow a shot on a goal in the final 30 minutes.

With the defense in lockdown mode, Tierney made it a two-goal game, scoring unassisted with just over 20 minutes left.

“We were all really connecting, using the transfers and spreading the field,” Tierney said. “We were able to move the ball, get stick to stick passing and it was all working. We were just clicking as a team.”

Garden City has become used to championship-streaks and now, the Trojans hoping to start another, look to capture their second straight state championship.

“We’re taking it all in and are just ready to keep moving forward,” Tierney said. “I think we can do it if we play our game.”