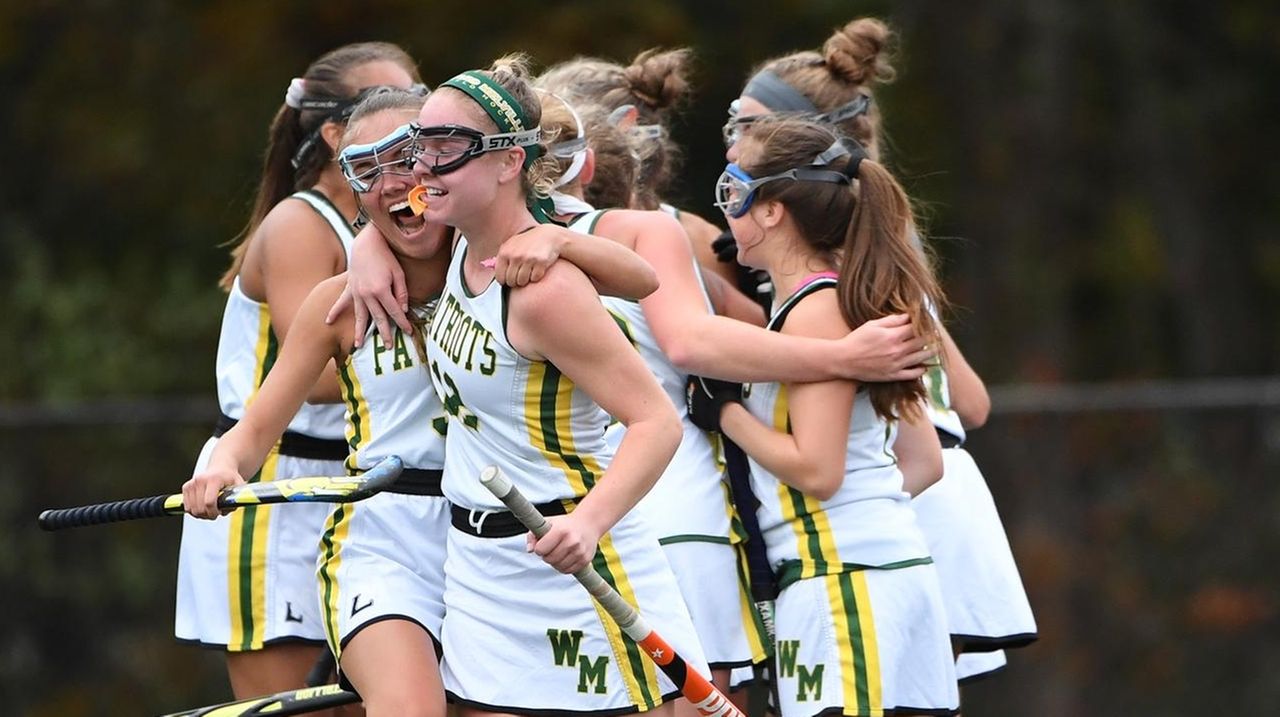 Sachem East’s Emily Rodriguez opened the scoring with 25:39 remaining in the second half for a 1-0 lead.

At the 11:27 mark of the second half, Reinhardt knotted the game at one after converting a penalty stroke. With 4:58 remaining in the game she gave the Patriots a 2-1 lead, and ultimately the victory, off a corner. The game-winning goal was assisted by Caitlin Evans.

“Being down in the second half, it was obviously a pressure situation,” Reinhardt said. “But we’ve been in those situations from last year and the year before. We’ve experienced these kinds of games so we brought ourselves together, told each other to stay composed and stay positive. We were able to bring that onto the field and score and come back and win.”

“I think we had a lot of opportunities today, so it was really just about finishing on them,” coach Shannon Sioss said. “We knew that if we just kept the pressure then hopefully, eventually one would go in, and breaking that ice the first time, really helped on the stroke. We just kept playing our game and were able to finish strong again.”

Despite winning the Suffolk title all three years on the team, Reinhardt added the feeling does not change.

The Patriots are winners of the last two Long Island Class A championships and will look to return to the state tournament. Last season, the team was eliminated in the semifinal round.

“I’m just very proud of these girls and excited to see what what they have next,” Sioss said.

Ward Melville will face the winner of No. 1 Massapequa and No. 2 Baldwin Nassau County Class A final in the Long Island Class A Championship on Wednesday at Newfield High School.

“For the Long Island Championship coming up on Wednesday, we are going to take it like we do every game, take it one game at a time, prepare for it and hopefully we’ll be victorious again,” Reinhardt said.