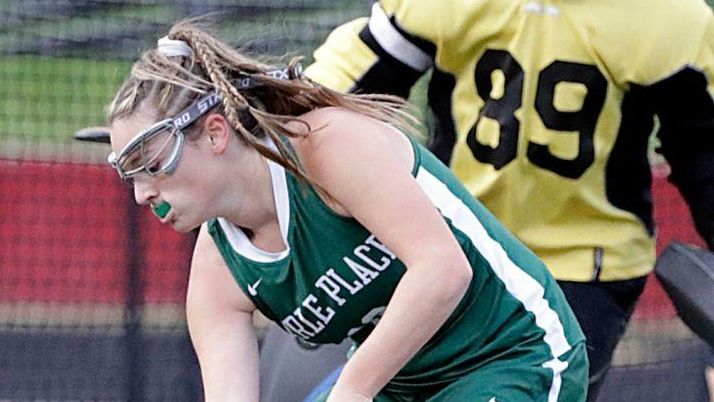 After having shot after shot turned away and penalty corner after penalty corner thwarted, Carle Place’s Emiline Biggin knew time was running out to convert.

Biggin corralled a pass from Giana McKeough down the left wing with 17:44 remaining and fired it into the back of the goal for Carle Place’s first tally in its 2-0 win over Pierson in the Long Island Class C field hockey championship Wednesday at Newfield.

“Once I got the pass I looked up and saw the goalie’s legs were open and I put it right through,” Biggin said. “It was a little bouncy but once I was able to control it, it was a nice shot.”

It took Carle Place (9-3) over 42 minutes of game time to score thanks to the splendid play of Pierson goalkeeper Charlotte Johnson, who made 18 saves — many of them of the spectacular variety — to keep her team in the game.

Julia Pascarella scored with 3:40 remaining to seal it.

“We were so close and I told them to just keep plugging away and keep shooting on goal,” coach Crystal Gray said. “We knew we had to keep the chances we had going and eventually it would go in.”

Pierson’s best chances came with under eight minutes remaining after a great individual effort from Autumn Street pushed the ball up the field and resulted in consecutive penalty corners. The Whalers got the ball into the crease of Carle Place keeper Megan McGuinness, but were not able to generate any shots.

“We had to stay tight on our defense which improved throughout the game,” Pascarella said. “Our defense was amazing today and we couldn’t have done this without everyone.”

Carle Place will play Bronxville in the regional final at 2 p.m. Saturday at Patchogue-Medford for the chance to go to the state semifinals at Maine-Endwell in Binghamton on Nov. 11.

“It’s definitely going to be tough, Biggin said. “We’re going to have to fight and really show up and leave it all out on the field.”