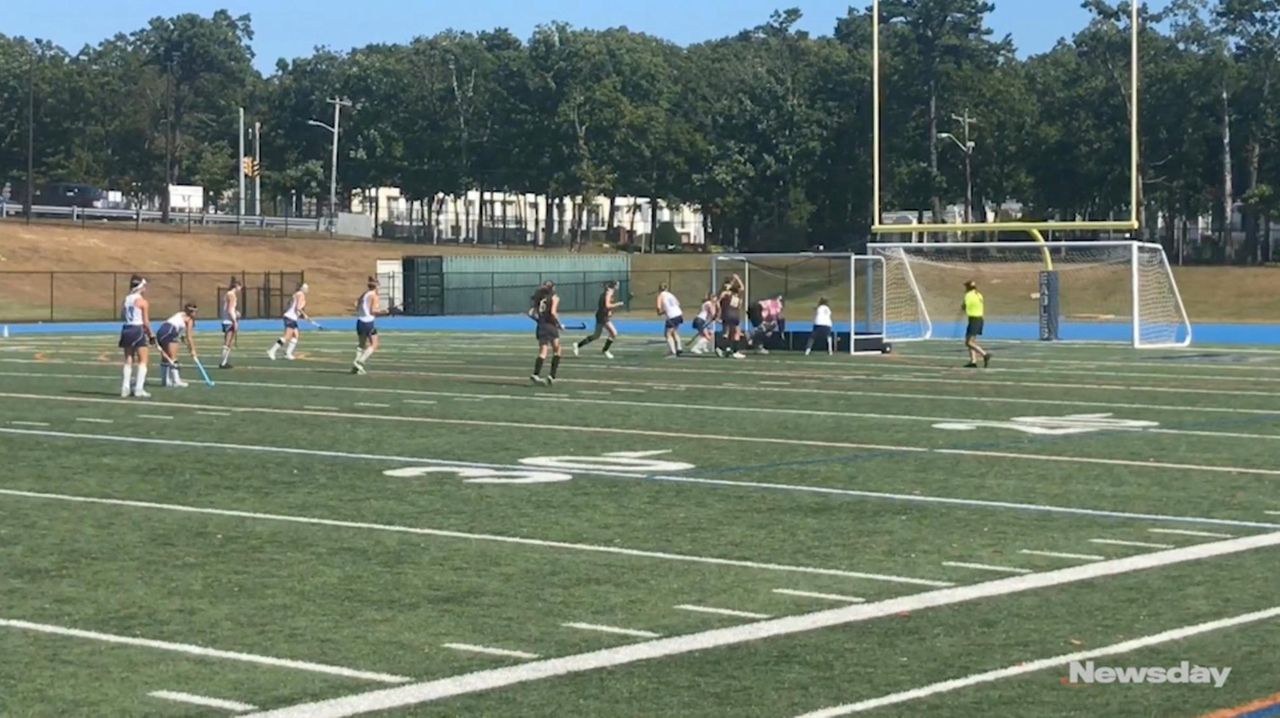 After jumping out to a one-goal lead in the first half on Saturday afternoon, the Eagles settled into their offense down the stretch, pushing tempo and capturing a 4-0 victory over Sayville in a Suffolk Division II game.

“We’re very good at getting fast breaks down, drawing corners, and scoring goals off them,” said senior Grace Parisi, who scored two of Rocky Point’s three second-half goals. “We practice a lot on fast break drills from the 50-yard line and that helps us a lot.”

Parisi’s first goal came just over eight minutes into the second half as Rocky Point (5-2) shut down a Sayville rush with one of its own. The Eagles held their own on defense before quickly turning the field and setting up a chance in front of the net for a 2-0 lead.

Rocky Point coach Katie Bittner called the fast break the Eagles’ offensive “bread and butter” and added that the team has been working on cross-field play since the summer.

“We have the speed,” Bittner said. “The offensive line that I have is strong. We’ve got five or six forwards who can fill space and generate that. And [Grace] just plows through people and finds a way.”

Parisi followed up another goal six minutes later and senior Sydney Iannizzotto rounded out the second-half scoring, netting a goal off senior Kailee Woods’ assist on a corner with 4:18 left.

Sophomore Reagan Lane recorded the first Rocky Point goal, also off a corner, on an assist from senior Bella Fusco with 9:47 left in the first half. The Eagles finished with 12 corners, a number Parisi said she believed helped spark the team’s offense.

“Every team on the Island practices corners every day, offensively and defensively,” she said. “So to get two goals off that was big.”

Sayville (5-2) did its best to rally late, but Rocky Point junior Jenika Cuocco was a wall in net, finishing with 11 second-half saves. Senior Lauren Holmes, who played the first half, made three saves for the Eagles.

“It was hard, but my defense made it so much easier for me,” Cuocco said. “We had to keep playing strong. Everyone scoring goals, that helps bring us up and makes sure we bring our A-game all the time.”