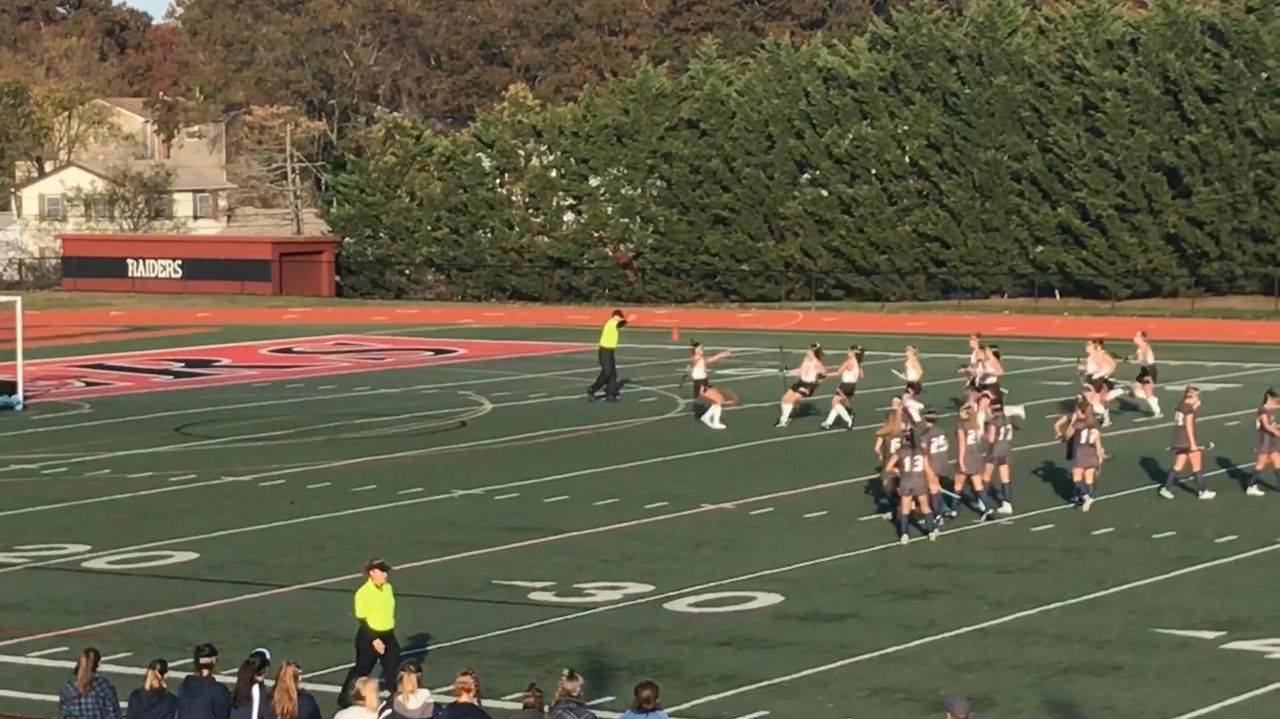 It was just as much fun the second time around.

The top-seeded Sachem East field hockey team captured its second straight Suffolk A championship Monday afternoon, topping No. 7 Eastport-South Manor, 2-1, at Patchogue-Medford High School. The win sends the Flaming Arrows back to the Long Island championship in a title rematch against Massapequa on Saturday at 1 p.m. at Centereach High School.

“This is back-to-back, so it’s really exciting,” senior midfielder Kristen Shanahan said. “Playoffs is a new season, you never know what to expect, but we wanted to play our game every step of the way.”

Shanahan was the offensive spark, drawing a penalty stroke just over four minutes into the game. She made good on the opportunity, sending a shot into the left corner of the net to give Sachem East (17-0) a 1-0 lead.

“You’ve got to focus,” Shanahan said. “It’s a one-on-one with the goalie, so you can’t really pay attention to anything else besides the ball going in the back of the net.”

The early goal allowed the Flaming Arrows to settle into their game plan — spreading the field with quick passes — and it didn’t take long for Shanahan to pad the lead. She netted her second goal with 16:10 left in the first half on Sachem East’s ninth corner off an assist from fellow senior Katie Allen.

Eastport-South Manor (11-7) did not go down quietly.

The Sharks broke up the shutout with 55.8 seconds left in the first when Giovanna Zapparata got her stick on the ball after a scrum in front of the net. Sachem East coach Tina Moon credited Eastport-South Manor for the late offensive push, calling the squad “very athletic,” but added that the goal helped fuel the Flaming Arrows down the stretch.

“I think in their minds, that was something they didn’t expect,” Moon said. “I think it just frustrated them to the level that they knew they had to work a little harder and they didn’t want to be in that situation.”

Sachem East didn’t allow a shot on net in the second half, giving up just one corner. On offense, the Flaming Arrows continued to control play for much of the final 30 minutes, and while they didn’t add another goal, they brought plenty of pressure, racking up nine corners.

“Our blood was pumping,” Allen said. “We wanted to keep possession, we wanted to show people that we deserved to be here again. We just wanted to work as a team.”

Sachem East hopes to keep that mindset in the next game as the team tries to defend its Long Island title before making a run at the state crown.

“We want to get off Long Island, get back to states, and just keep playing,” Shanahan said.