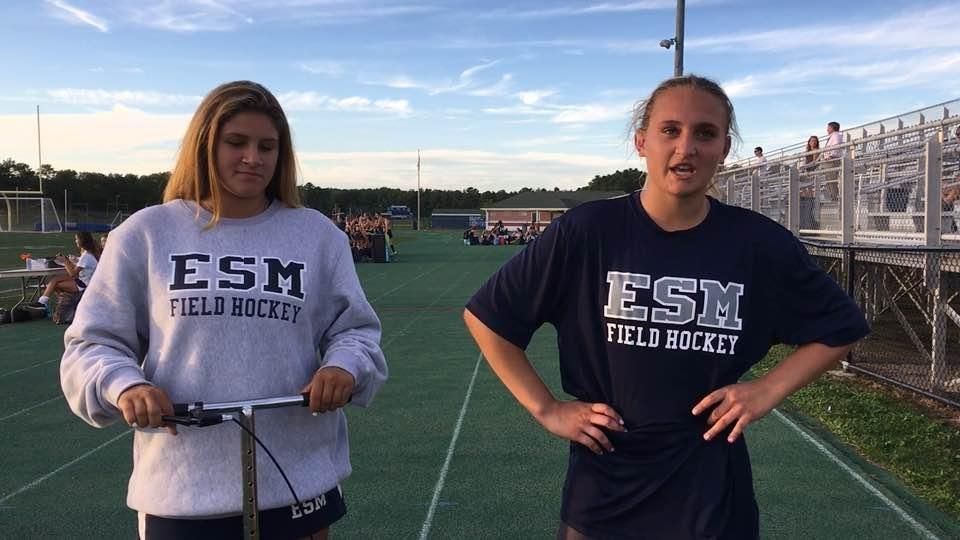 The Eastport-South Manor field hockey team knows injuries all too well. But the Sharks (10-0), have persevered — and even flourished — despite season-ending injury to starting keeper Dayna Martinetto, thanks to the return of midfielder Kasey Choma and Martinetto’s support.

“Losing your starting two-time all-state keeper was tough, but I had to let the team know that ‘yeah it’s tough, but we’re going to be fine,’ ” coach Jenna Rickert said.

But, Rickert said, Martinetto has been mentoring her replacements, junior Paige Vinch and sophomore Amanda Montiel.

Choma, a junior, was sidelined last season recovering from a torn ACL and leads Long Island with 15 goals.

“I want to prove that I’m back . . . and that I’m just as good as I could have been having that [additional] one-year experience,” Choma said.

Martinetto, who is committed to Jacksonville University for lacrosse, was lost for the season after suffering a similar injury in July.

“Obviously for me, I could relate on that level of not being able to play,” Choma said. “I said to her, ‘This is going to show your true character, you’re going to put a smile on’ and we all know we are playing for her. Just like they did when I was out. Now the table is turned, and now we do everything for Dayna.”

The Sharks have recorded six straight shutouts and have allowed only three goals all season.

Rickert credits the team’s success thus far to Choma’s breakout season and a strong defense, including junior Bianca Bachisin and senior Katie Gillen, who have similar playing styles. “This is one of my favorite teams I’ve ever coached in my life,” Rickert said.

Said Choma, who is committed to play lacrosse next year at Notre Dame: “I really feel that everything happens for a reason and it definitely made me stronger.”