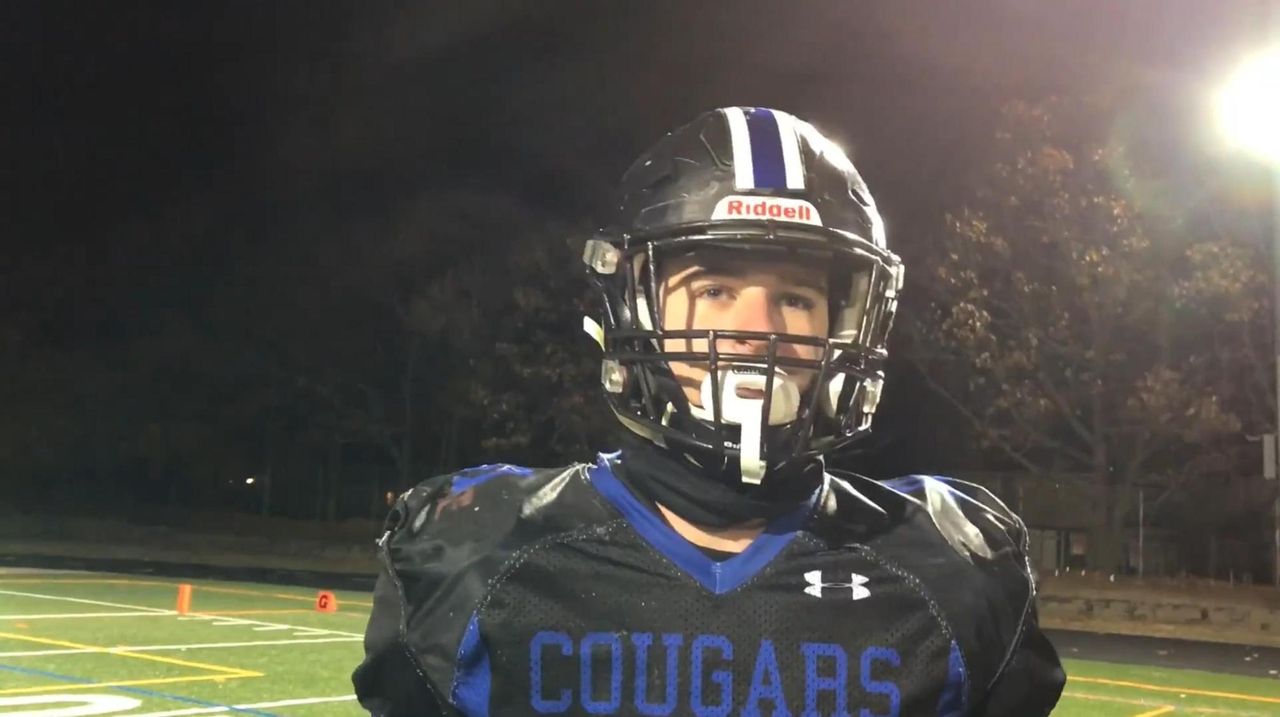 Time is the most valuable commodity in a football game, and host Centereach made sure it gave Connetquot little time to work with in Friday night’s chilly Suffolk Division II quarterfinal.

Eric Harrington carried 13 times on the opening drive of the game, a 15-play Centereach possession that ended in his 8-yard touchdown run and elapsed 8:31. The No. 3 Cougars dominated the clock from there and scored on their first six possessions, defeating No. 6 Connetquot, 41-21, in front of a packed crowd that braved the cold.

Harrington rushed 34 times for 148 yards without touching the ball once after the midway point of the third quarter. Matt Robbert did the rest of the heavy lifting, scoring three rushing touchdowns and recording another score on a 15-yard pass from his younger brother, Justin, late in the second quarter for a 21-7 lead.

“The offense clicked better than it did all season,” Harrington said. “It’s just amazing how we played. We came out here with energy.”

The play-action touchdown pass was Centereach’s only pass attempt of the evening. It was made possible by Ryan Cahill’s interception that gave the Cougars a short field that began on Connetquot’s 30-yard line.

Connetquot (4-5) took little time to score to open the third quarter, as big-armed quarterback Drew Guttieri found Cole Bunicci for a 44-yard touchdown over the top of the defense that made the score 21-14 with 10:49 left in the period.

Centereach (6-3) answered with one of its signature ground-and-pound drives, going 80 yards in 10 plays spanning 4:56. Robbert’s 21-yard run up the sideline set up his 1-yard touchdown run on the next play to go back ahead by two scores.

“We’ve been working on new blocking schemes this week, and we were able to implement them in the game,” Robbert said. “It worked out well, just followed my blockers.”

The Cougars took a 34-21 lead into the fourth quarter and effectively sealed the victory when Alex Goldberg intercepted a deep pass down the middle. Liam Webber scored on the ensuing drive for a 41-21 lead.

“That’s what we were talking about at halftime,” Matt Robbert said. “We were saying, ‘We need a stop and then a score to put the game away.’ We didn’t really get that stop and then score, but we did a good job of containing them in the second half, I think.”

Recognizing that time is precious, Centereach didn’t deviate from the game plan that has propelled it to a county semifinal next week.

Said Harrington: “That’s how we want to play.”