First it was an East Islip coach who came over to put his arm around senior quarterback Derek Burrell. Then a fan yelled, "Keep that head up, No. 1!" Then even a security guard chimed in as he passed by: "Great game, Derek!"

The parade of encouragement for Burrell continued long after Plainedge (12-0) celebrated its 26-16 win over East Islip (10-2) in the Long Island Class III championship game on Friday at Hofstra’s James M. Shuart Stadium.

The East Islip community provided as much support as it could to the player who did so much to lift EI.

"He’s just a top-notch kid," East Islip coach Sal J. Ciampi said. "He’s respected by everyone: his teammates, the school community, his teachers, his coaches. It doesn’t get any better than him."

Facing a Red Devils defense that entered holding opponents to 4.4 points per game, Burrell was intercepted midway through the third quarter. He coughed up a fumble a few minutes later. Both turnovers led to Plainedge touchdowns.

"Just had to deal with it, forget about it," Burrell said, "and try to make the next play." 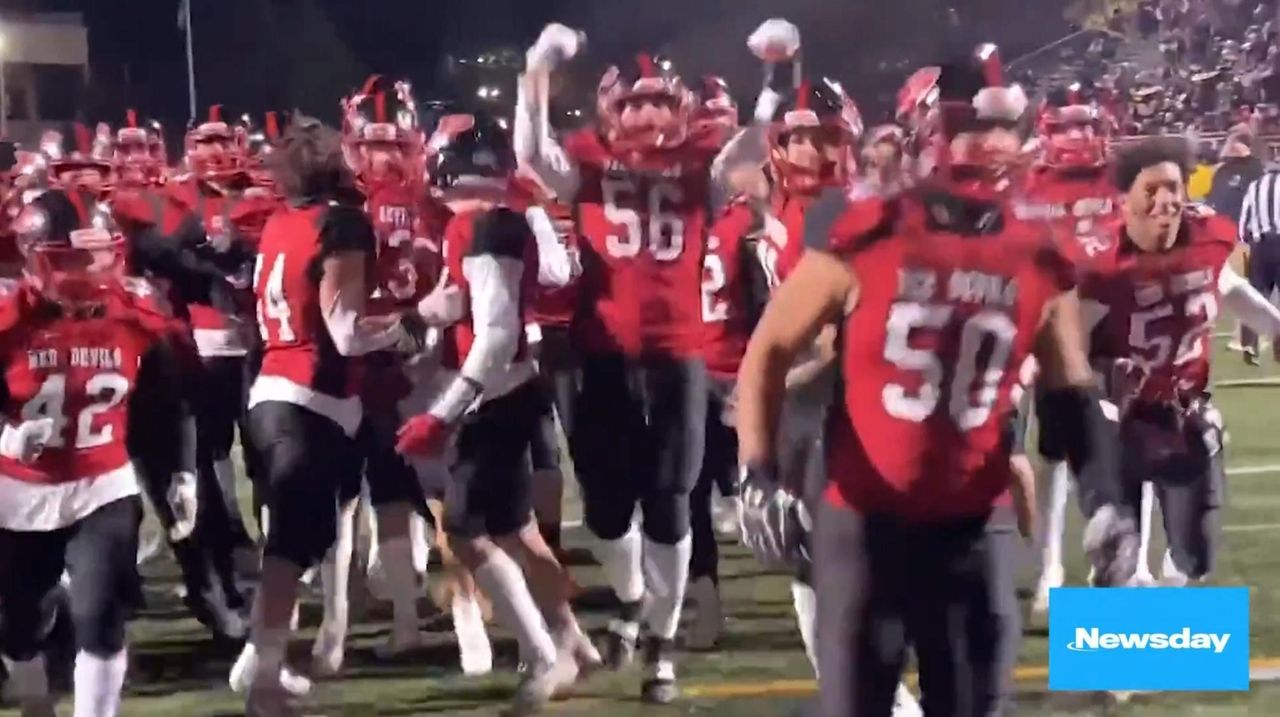 Against one of Long Island’s stingiest defenses, he did exactly that.

The final note of Burrell’s high school career was an 11-play, 82-yard drive that he capped by weaving through Plainedge defenders before cruising into the end zone for a 23-yard touchdown.

"This team means the world to me," Burrell said, "and we were always going to fight, no matter what, until the final whistle."

As much as the on-field talent will define Burrell’s legacy with East Islip — Ciampi has called Burrell "the greatest single player in East Islip football history" — so too will that resiliency.

"He’s just about as good a kid as you can have," Ciampi said.

And as far as how Burrell wants to be remembered?