There was only one way that East Islip was going to have a shot to win a Suffolk Division III football title this fall.

And that was to put the ball in the hands of Derek Burrell as much as possible.

East Islip coach Sal J. Ciampi made the decision to move Burrell into the quarterback position in late August and what followed was one of the most electric performances in East Islip football history.

When East Islip needed a big play — Burrell gave them one. 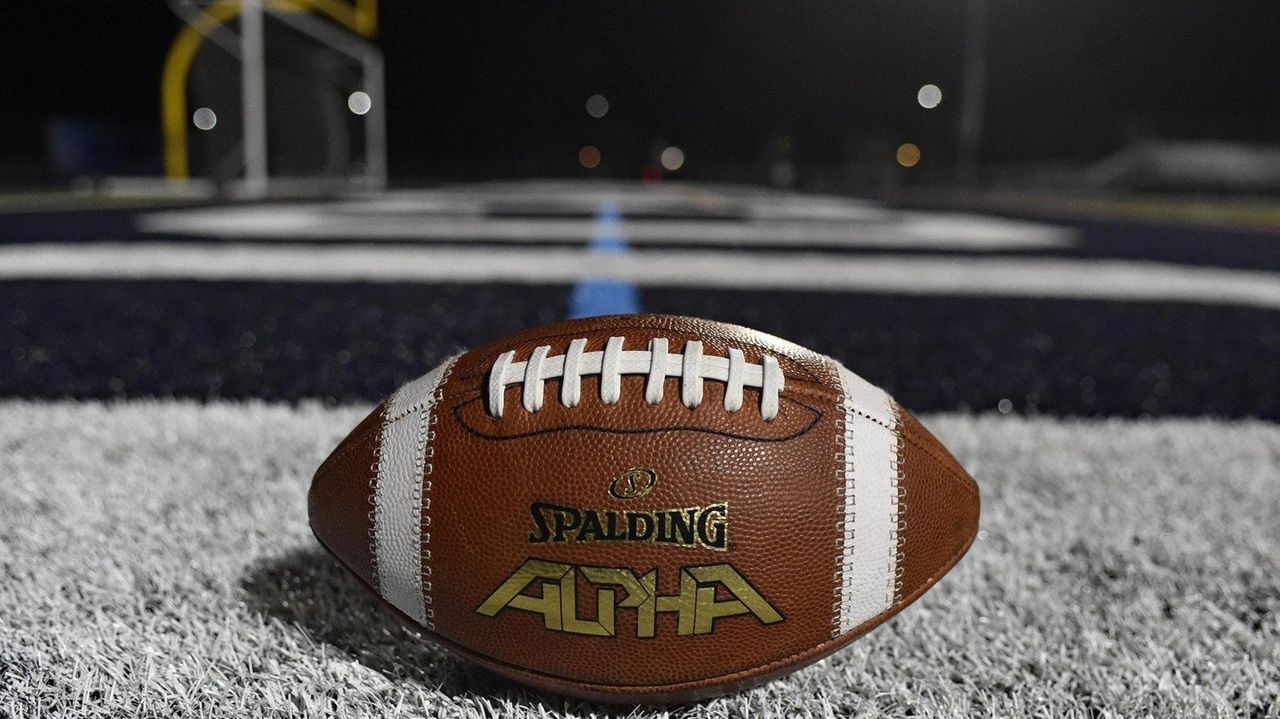 Meet the Hansen Award finalists East Islip's Derek Burrell, Dakim Griffin of Half Hollow Hills East and Tyriek Mays-McKoy of Whitman are the 2021 nominees for Newsday's Hansen Award as the most outstanding football player in Suffolk County. Credit: Newsday

He accounted for 33 total touchdowns, 2,952 all-purpose yards, culminating in the school’s first Suffolk title since 2016, with a 35-28 win over Sayville at Stony Brook University.

Burrell was dynamite with the football. The explosive senior quarterback with cheetah-like speed and outstanding field vision was a dual threat to score on any play, whether it was a well-thrown pass or a dazzling run.

"You just don’t know what he’s going to do," Sayville coach Reade Sands said. "He’s a nightmare for a defensive coordinator. We’d have guys in the right spots to make a stop and he’d still make plays. He’s so difficult to tackle in the open field."

Burrell was equally important to the East Islip defense, contributing 45 tackles, and returning two of his four interceptions for touchdowns.

For his accomplishments, Burrell was named the 62nd recipient of Newsday’s prestigious Carl A. Hansen Award presented to Suffolk’s top football player Monday night at the Suffolk County Football Coaches Association banquet held at the Hyatt Regency in Hauppauge.

The other Hansen finalists were senior halfback Dakim Griffin of Half Hollow Hills East and senior wide receiver Tyriek Mays-McKoy of Suffolk Division I champion Whitman.

"In my 21 years as the head coach at East Islip he is far and away the best player I have ever coached," East Islip coach Sal J. Ciampi said. "We moved him to play quarterback and he picked up the position quickly. He made plays that left you in awe, just spectacular plays."

Burrell’s signature moment came in the waning seconds of the Suffolk Division I championship against Sayville, the defending champion. It was the Hansen moment.

With the score tied at 28, Burrell bolted around the left end with 19 seconds remaining and cut inside the defense for a 31-yard game-winning touchdown run.

It was vintage Burrell.

"We started the final drive with a holding penalty and Derek responded with a 20-yard run to jump-start a 78-yard championship march," Ciampi said. "I put the ball in his hands on every play against Sayville. That final drive was a glimpse into what kind of special player he was for our program."

Rather than settle for a field-goal attempt, Ciampi handed it to Burrell. He rushed for 20, 25 and 17 yards on the drive.

"I didn’t want to play it safe and go into overtime against Sayville, no way," Ciampi laughed. "We knew going into every game we had the best player on the field. And I wanted to let Derek make plays. He accounted for every yard on the drive and delivered a championship."

Even in defeat he was a monster. He completed 17 of 25 passes for 277 yards and three scores and added another 141 yards rushing and a score in a wild 51-44 loss to Sayville.

"He would scramble away from pressure and get into the secondary and we’d marvel at the way he’d put his foot in the ground and change direction," Ciampi said. "As plays developed at the line of scrimmage, he’d improvise and see something where the defense caved and turned back and ran completely in the other direction for a long gain. He’s made some very good defensive players look foolish in the open field."