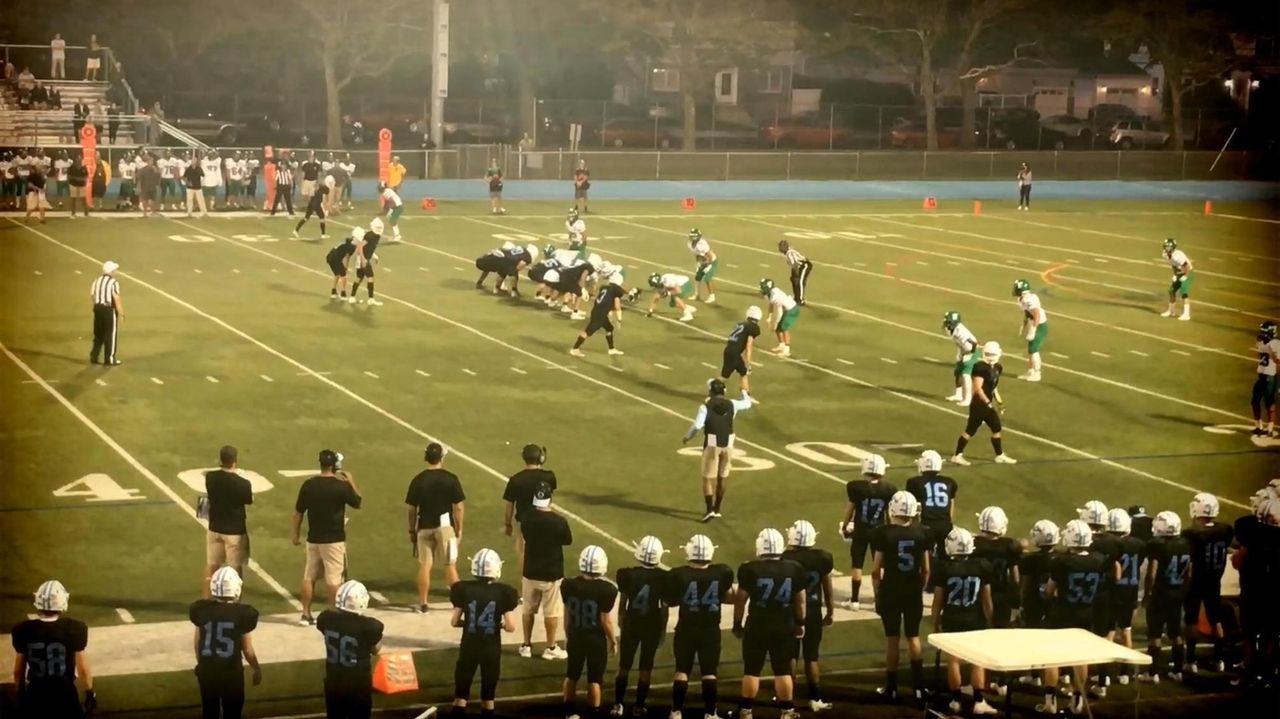 The Farmingdale senior safety played hero Friday night, hauling in the clinching interception in the end zone as the Dalers held on for a 43-36 victory over Oceanside in Nassau I. Credit: Newsday / Laura Amato

Rob Manetta was waiting for the perfect moment.

The Farmingdale senior safety played hero Friday night, hauling in the clinching interception in the end zone as the Dalers held on for a 43-36 victory over Oceanside in Nassau I. Manetta said he expected the ball to come his way, so he bided his time, sticking with his receiver and, eventually, making the play with 31 seconds left.

“I knew [Oceanside quarterback Charlie McKee] had to be throwing deep,” Manetta said. “He’d been going deep all day and I knew I had to be up in the receiver’s face and jump up when I saw the ball.”

Manetta’s interception came moments after McKee connected with Thomas Schmitt for a 15-yard completion, setting Oceanside (1-1) up at the 26-yard line. Still, Manetta said he wasn’t worried, adding that the Dalers’ defensive backs were confident they could match up with the Oceanside receivers.

“We knew we could play them,” Manetta said. “I was waiting for the receiver’s eyes to light up. Once I see that, I know he’s looking for the ball, so I can turn around and go for it.”

Farmingdale, which trailed 22-9 at halftime, took the lead on Dominic Ciaccio’s 84-yard run with 3:01 left. The junior running back finished with three second-half touchdowns and 209 all-purpose yards.

“I had to break it through,” Ciaccio said of his final score. “I got a great block from Jordan Smikle and I was focused on the end zone. I looked at the pylon and just went forward.”

Both teams battled for control in the second half, but Farmingdale (2-0) used a handful of big-time plays to spark its comeback. Kevin Wilson opened the third quarter with a 91-yard kickoff return and Ciaccio added a 74-yard return later in the frame.

And while Oceanside did its best to stymie the rally — the Sailors blocked a pair of second-half extra point attempts and recaptured the lead twice — Farmingdale coach Buddy Krumenacker said he believed the Dalers played their game late.

“We made a few adjustments, but we had to go out and play,” Krumenacker said. “We tried to live down by down. I hate to sound so simple, but we kept playing and the game turned our way.”