But now Garden City was finally being tested in the November chill at Stony Brook, locked in a scoreless struggle at halftime with just 47 yards to its credit against Suffolk champ Bellport in the Long Island Class II championship game. The Trojans’ star senior running back/defensive end, Jack Cascadden, wasn’t carrying the ball after returning for the game from a knee sprain.

"We talked at halftime, 0-0," coach Dave Ettinger said. "Were we surprised? No, I wasn’t surprised. I knew that Bellport was a great team. I knew it was going to be tough to get yards, especially without Jack on offense."

The yards were about to arrive, though. Second offensive play of the second half: Senior quarterback Luke Schmitt to Aidan Considine, 76-yard TD. First play of the fourth quarter: Schmitt to Robert Votruba, 45-yard TD. 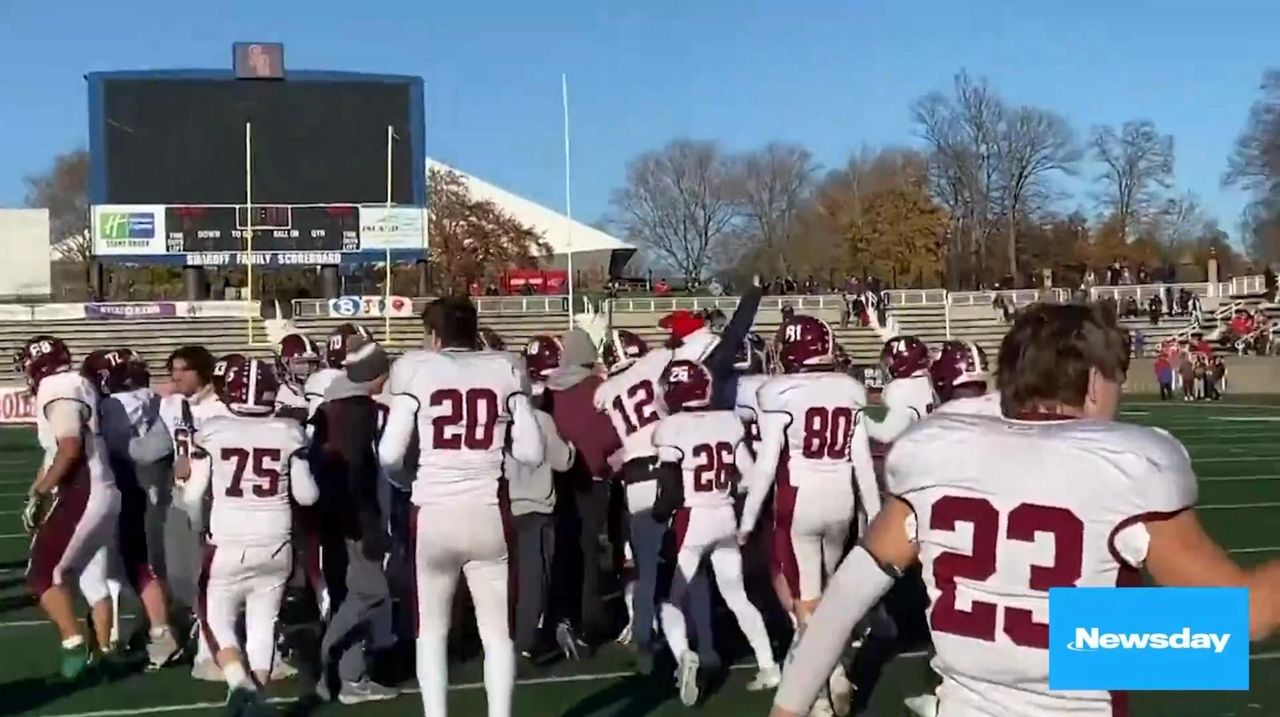 "The goal our whole season was to make it to this moment, and we did it," Schmitt said amid the happy faces that day at LaValle Stadium. "If we lost this, it would’ve hurt. But we came out with the win … Playing together the whole season was our motto."

Cascadden acknowledged there was pressure to live up to the tradition.

"The name across our chest, we wear with great pride," Cascadden said. "It’s no easy task. The coaches push us through hell. It’s worth every second of it."

The Trojans three-peated in the LIC in 2018. But they lost there in 2019, then didn’t get a chance this past spring with the LIC not in play due to the pandemic.

"Our whole thing in the spring was we wanted to play in an LIC," said Schmitt, whose next football team will be D-III Trinity. "We won the county, but we wanted more. And so that really fueled us this year."

They really hit the gas, outscoring the competition 503-53.

Bellport was 4-0 against them in the LIC. But the story ended this time like the Trojans wanted.

"We knew we could get here from the first time we practiced this year," said Brendan Staub, the standout senior two-way lineman. "… It wasn’t just to get to the last game. It was to win the last game. We knew we were capable of it. I’m just super glad we were able to execute it."

“The goal our whole season was to make it to this moment, and we did it.”