Ettinger said he elected to miss the game after self-reflecting on what he could have done to avoid violating the rule, which requires a coach to explain steps taken to not win a game by more than 42 points. Garden City defeated previously unbeaten MacArthur, 49-6, on Oct. 23.

"I thought about it quite a bit and it bothered me that I wasn’t able to flip the switch, that the game was over," Ettinger said. "If I’m going to hold my kids accountable for making mistakes then I’m going to live up to the same standard. I have to lead by example. And that’s not us, not who we are as a program because we’re all about sportsmanship. I have the utmost respect for the MacArthur program and coach [Bobby] Fehrenbach."

A nine-person Nassau football committee, which consists of athletic directors, principals and superintendents, can impose a suspension if it believes the coach did not do enough to keep the score close. In 2019, Plainedge coach Rob Shaver was suspended for one game after his team beat South Side, 61-13. After Shaver's suspension, Nassau amended the rule to include warnings. Suffolk County does not have a lopsided scores rule. 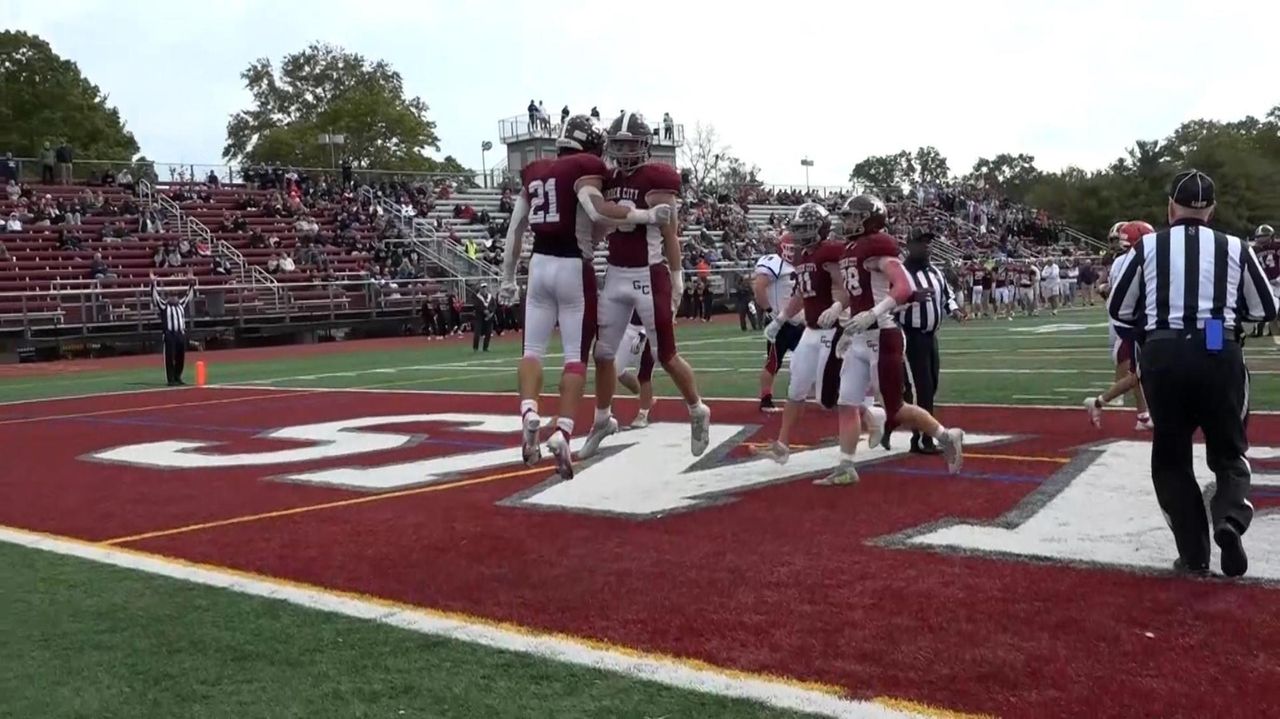 The victory over MacArthur was the fourth time this season that Garden City violated the rule. On the first three occasions, the committee believed Ettinger acted appropriately in not trying to run up the score, and no penalty was meted out. But after the 43-point win over MacArthur, the committee determined that more could have been done to avoid the lopsided score.

"David came to me and said he wanted to discuss sitting out the Elmont game," said Bob Panariello, the director of athletics for the Garden City School District. "He felt he could have done things differently to avoid the rules violation. I was for whatever he thought was right. I backed him on the decision and let our administration know."

Ettinger said he called Fehrenbach and Elmont coach Jay Hegi to explain his plans to miss the Elmont game, which Garden City won, 34-0.

"I thought he should have told us that he was planning on sitting out," said Pat Pizzarelli, the executive director for Section VIII athletics, which governs Nassau’s schools. "He must have realized when going over it that he could have done more to avoid the issue. And that’s why the rule exists to make people think and try to avoid these situations.

"I’ve always liked David Ettinger and I’m not surprised by his decision. I can appreciate him thinking about how it all went down and making such a statement by sitting out a game. It shows class and sets the example for the young people in his program and the coaches and players around the county. David Ettinger gets it."

Ettinger will be on the sideline when Garden City hosts Elmont in a quarterfinal playoff game on Saturday.

"I could have done something different right there on that last drive," Ettinger said.

Schmitt’s pass found a wide-open Robert Votruba for an 85-yard scoring play and 48-6 lead with 9:56 left in the game. The rules violation came when kicker Dennis Fargione added the extra point to make it 49-6.

"I care deeply about this program and how we are perceived," Ettinger said. "We’ve been in a lot of blowouts and handled it appropriately . . . I could have done better."