Jack Cascadden #21 of Garden City reacts after running for a 21-yard touchdown during the first quarter of the Nassau Conference II final against MacArthur at Garden City High School on Saturday, May 1, 2021. Credit: James Escher

Title Town, Long Island — If there was any doubt that football is a game of inches, one only needed to see Saturday’s Nassau Conference II championship game between Garden City and MacArthur. The difference between the Trojans and Generals could have been measured by just a few of them but, as always seems to be the case, Garden City earned them all.

The Trojans protected one seven-point lead in the second quarter by halting the Generals at the 2-yard line and another seven-point lead in the fourth quarter by staving off MacArthur on third- and fourth-downs from inside the 1. Those stops — made by Liam Westfield, Sawyer Olson and Matt Kephart — allowed Jack Cascadden’s spectacular offensive game to shine in a 14-7 win at Garden City’s Warren King Stadium.

Cascadden ran 13 times for 145 yards and made the three biggest offensive plays of the game for Garden City (6-0). He had a 15-yard touchdown run in the first quarter and a 48-yard touchdown in the third quarter before delivering the knockout punch: a 29-yard run on a fake punt with 3:29 left in the game that kept tricky and impressive MacArthur (6-2) from ever getting the ball back.

"I may have had the big day, but it really takes all 11 guys on the field doing their job on every play to make something like this possible," Cascadden said. "That’s what we do at Garden City. It’s a tradition to win football championships and that’s how we do it."

In the teams’ regular-season meeting, the Trojans got an early lead and held off the Generals for a 35-29 win in their regular-season meeting and it was clear MacArthur coach Bobby Fehrenbach did not want to play from behind this time. On the opening possession he went for it on fourth-and-3 on their own 44. Garden City stopped Ryan Isom a yard short: A tone-setter that also set up the first score.

MacArthur (6-2) seemed to have a great answer as it chewed up 12 minutes going 55 yards to set up a fourth-and-4 at the Trojan’s 5. But Westfield halted Isom a yard short. The Generals even got the ball back with 1:05 left in the half on the 27 but were denied. 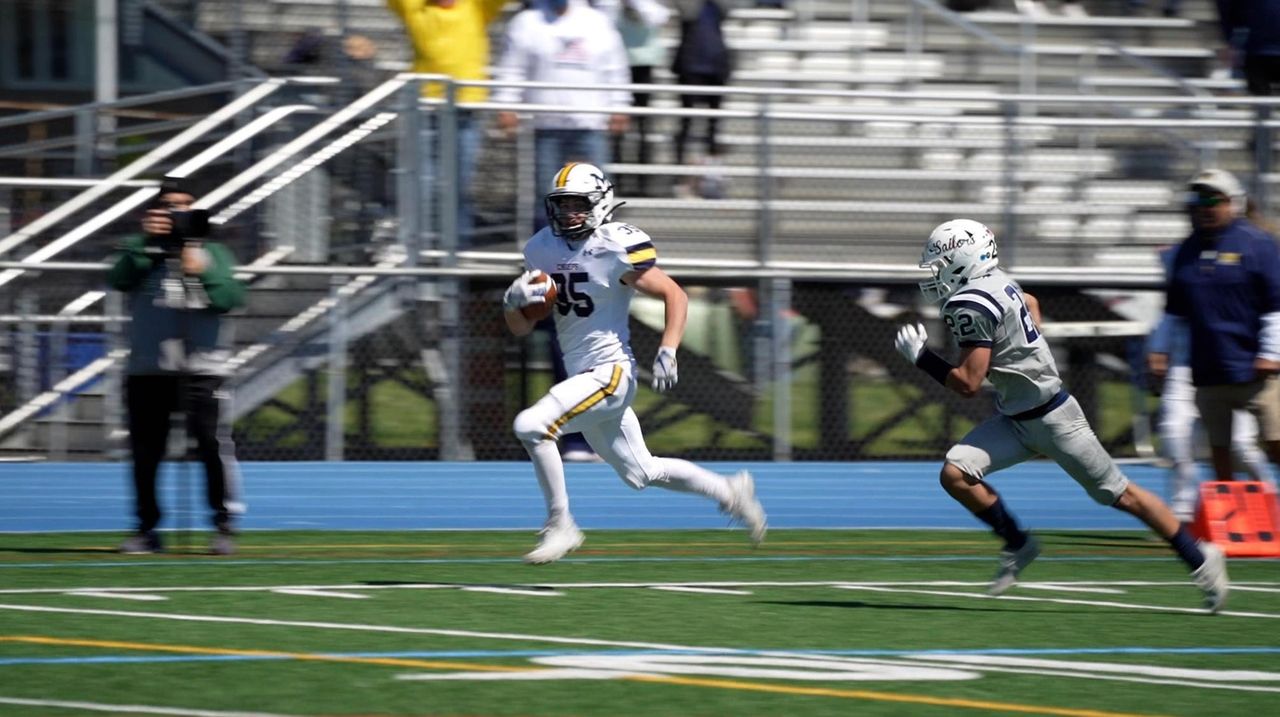 MacArthur started to use some trickery in the second half. A fake punt from its own 31 failed, but an option pass by Isom to Matt Papach went 72 yards for a game-tying score with 3:54 left in the third quarter.

Cascadden’s reply for the Trojans: a 48-yard TD run behind a solid block from Colin Walsh for a touchdown and a 14-7 lead.

MacArthur wasn’t done knocking on the door. Papach, on a reverse, hit Muller for a 38-yard gain on the ensuing possession as the Generals drove to inside the Trojan’s 1. Twice Muller tried to score on a sneak and was stopped, first by Olson and then by Kephart.

"They got us to bend as much as they possibly could without breaking," Ettinger said. "They are a very good team."

It looked like MacArthur would get one more shot to tie it when they had a fourth-and-4 on their own 31. Cascadden, also the punter, saw a team retreating to set up a return and instead bolted up the middle of the field for 29 yards.

"It wasn’t planned but it was right there in front of me so I went for it," he said.

"It was a great athlete making a great play," Ettinger said. "We’re fortunate this team has a bunch of them."

H.S. Sports Spotlight: All about the Nassau football championshipsSee highlights from this weekend's four Nassau County conference football championships, plus take a look at Wantagh vs. South Side for the girls volleyball Class A title. Nassau II football final: Garden City vs. MacArthur photosSee the scenes from Garden City's championship victory on Saturday. Our top high school sports photos: May 2021Take a look at some of our favorite shots from high school sports fields and ...