Carey defensive end Jospeh Todaro runs down Garden City running back Pierce Archer on a sweep to the right side during the first half of the game on Saturday. Credit: Joseph D. Sullivan

You’d never know from looking at Garden City that Long Island high school football was idle for more than 14 months because of the coronavirus pandemic. The Trojan title machine started right up on the first try. In no time it was humming beautifully.

Garden City, the four-time defending Nassau Conference II champion, scored on all four of its first-half possessions against host Carey and rolled to a 34-0 victory in the season opener for both teams at the Seahawks’ Marc Martone Field.

With the Long Island Championships canceled because of the pandemic, a fifth straight Nassau championship is this season’s final goal.

"We all know that it’s there with us," senior Pierce Archer said of the current streak of county titles. "We don’t make a bigger deal of it than it is. We know the best way to keep it going and be prepared for the game in front of you. If we do that right, things should take care of themselves."

The Trojans looked in mid-season form out of the gate. Not only was the offense clicking, but the defense was too, allowing Carey two first downs and just 49 yards of total offense in taking a 27-0 halftime lead. For the game, Garden City only committed one penalty.

Quarterback Luke Schmitt orchestrated the Trojans with aplomb. He was 5-for-5 passing for 74 yards and two touchdowns and rushed seven times for 34 yards and another score. His first throw of the season capped a four-play, 75-yard drive with a 43-yard touchdown pass to Archer. He also connected with Jack Cascadden on an 11-yard score and rushed for a 14-yard touchdown.

Schmitt showed great feel for the game. Every time Carey sent a blitz his way, he seemed to sidestep it and turn it into a solid gain.

"Everyone thinks Luke is an experienced quarterback and yes he got to play a lot last year but he really only started two games," Garden City coach Dave Ettinger said. "But what he proved in those two games? We had a lot of confidence that he was composed enough to run the offense well."

"We still have a lot to work on, but it’s a big advantage to have the athletes on this team we can go to," Schmitt said. "Pierce and Jack are amazing players. Being able to get the ball to them is what any quarterback would want." 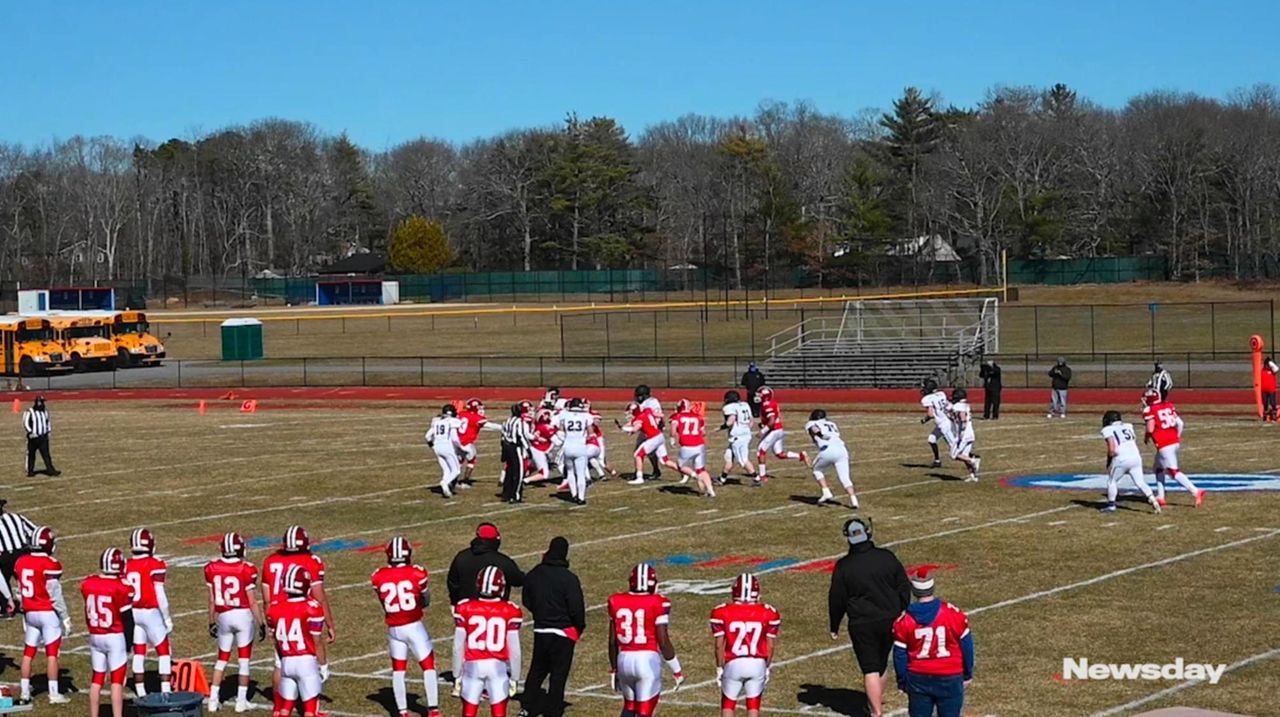 "We waited a long time to have this season, so we’re going to savor every minute we have together and do all the things in this (pandemic) to keep going," Cascadden said. "The best way to spend the time together is getting prepared and winning on the field. . . . When we’re apart we have to be smart because all that we have and all we’re going to do? The virus can take it away just like that."